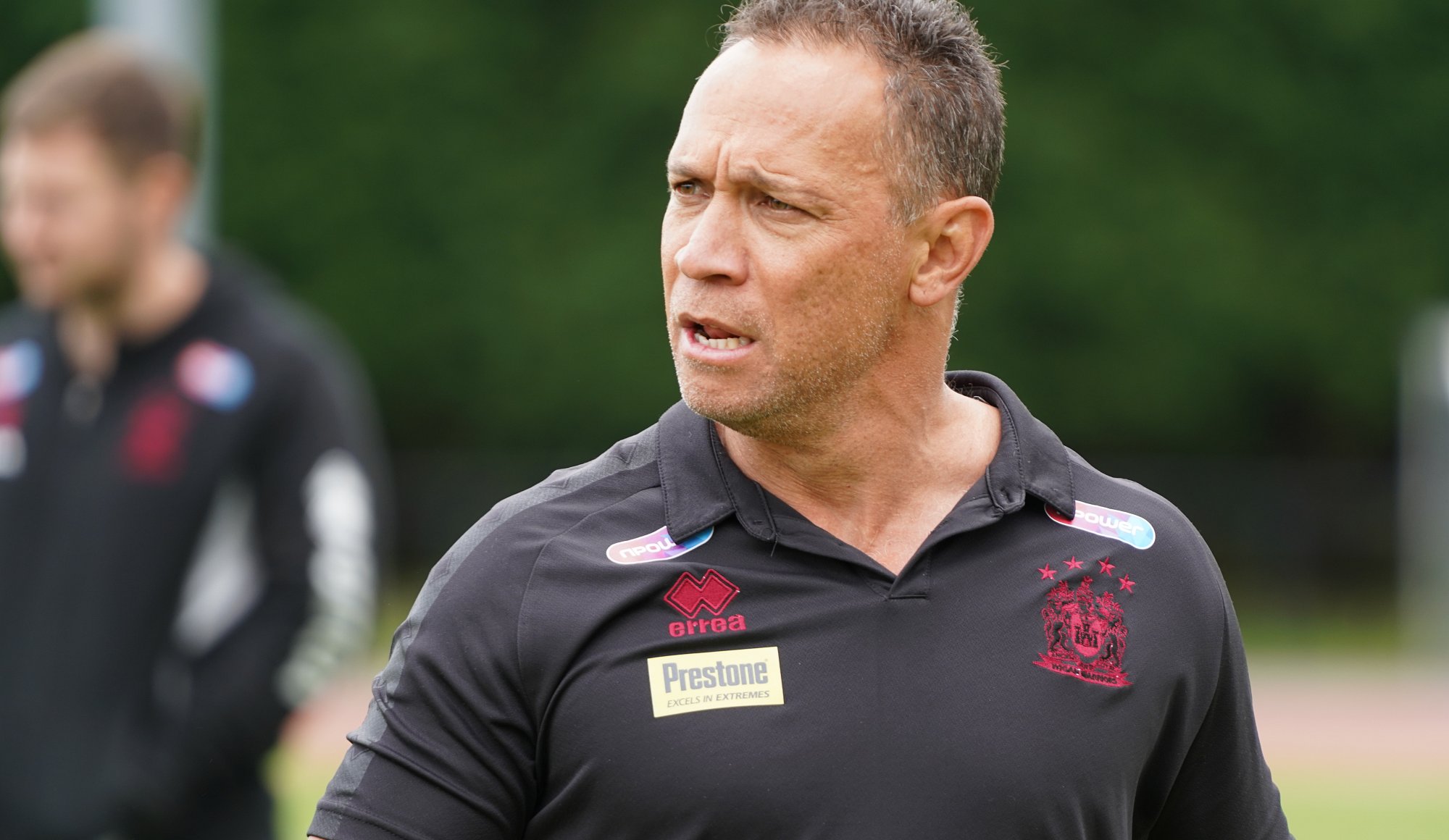 The Warriors are back

After a week away from rugby league action, Wigan Warriors’ first team, Academy and Women all return to the field in the next six days.

All three teams are set to play against Wakefield Trinity, with the Under-19s and Women hosting the West Yorkshire Club over the weekend, whilst the first team will travel to the Mobile Rocket Stadium on Sunday.

First up though is the Under-19s’ game in hand fixture away to Widnes Vikings. Shane Eccles’ side travel to the Halton Stadium on Wednesday night (7pm K.O.) on the back of 12 straight wins in the Academy Super League.

The young Warriors won the previous meeting between the sides 10-6 at the start of June at the Robin Park Arena, and a repeat on Wednesday would all but confirm finishing the regular season in first place.

Wigan have won 18 of their 19 games this season and victory this week would see them move on to 38 points - four more than second placed St Helens with two games remaining and a vastly superior points difference.

The Under-19s are then in action again three days later as they host Wakefield at the Robin Park Arena on Saturday afternoon (12:30pm K.O.).

In the last meeting between the teams, the Warriors went away comfortable winners in April with a 56-16 thumping at the Mobile Rocket Stadium.

Highlights and the full game itself will be available to watch on Wigan TV, giving Wigan fans comprehensive coverage that you’ll not find anywhere else.

For non-season ticket holders, it is £5 entry for Adults and £3 for Juniors.

There is a double header on Sunday as both the Women and first team have fixtures.

Wigan Women kick-off at 2pm as they face Wakefield at the Robin Park Arena. Kris Ratcliffe’s last Super League outing came at home against York City Knights Ladies, as they thrashed the visitors 42-0 to maintain their place within the top four.

A sixth win of the season on Sunday would see the Cherry and Whites cement their fourth position.

Can’t make it to watch the first team in Wakefield? Head down to the Robin Park Arena to cherry on the Women as they play their 11th game of the year.

Admission to the game is the same as the Under-19s.

The Warriors first team are also in action on Sunday as they travel to West Yorkshire to face Wakefield (3pm K.O.) in Round 27 of the Betfred Super League.

Adrian Lam’s side have won their last four league games - a run that started with a 46-16 victory over Wakefield at the DW Stadium back in July.

Wigan, who have also picked up 18 points from a possible 20 in their last ten games, will play at the Mobile Rocket Stadium for the second time this season as the first meeting between the sides in April ended with a 30-20 win for the hosts.

But, two points on Sunday for the Warriors would see them pile more pressure on second placed Warrington Wolves, who are level on points with Wigan and Hull FC and only sit above the two on points difference. 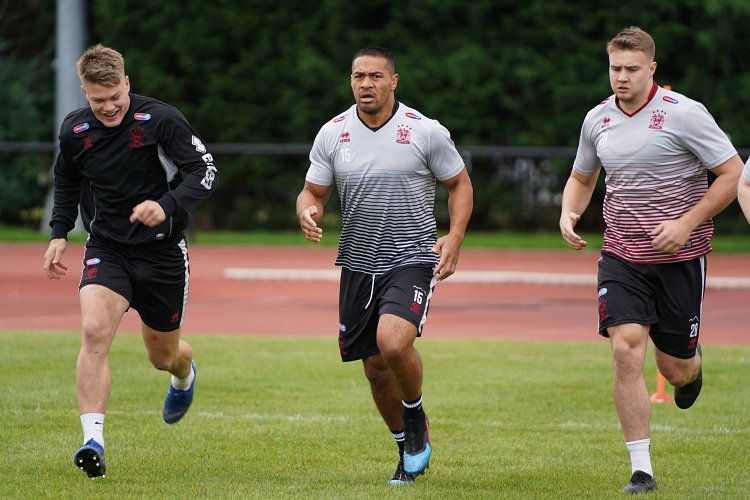 No week off for the Warriors

Images from training at the Robin Park Arena last week. 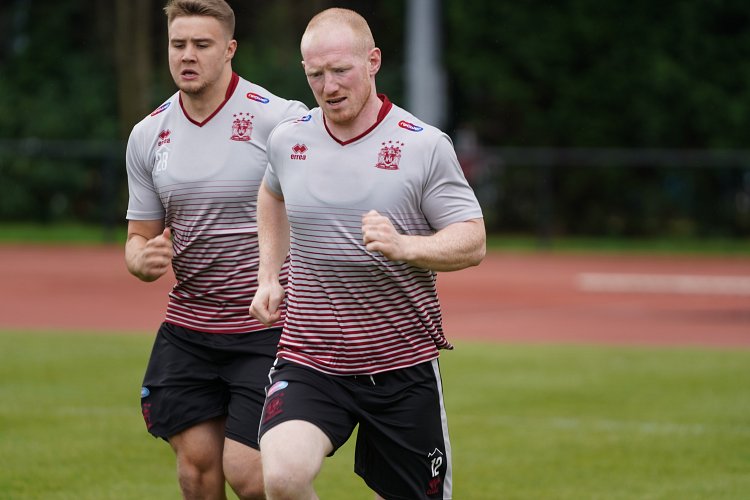 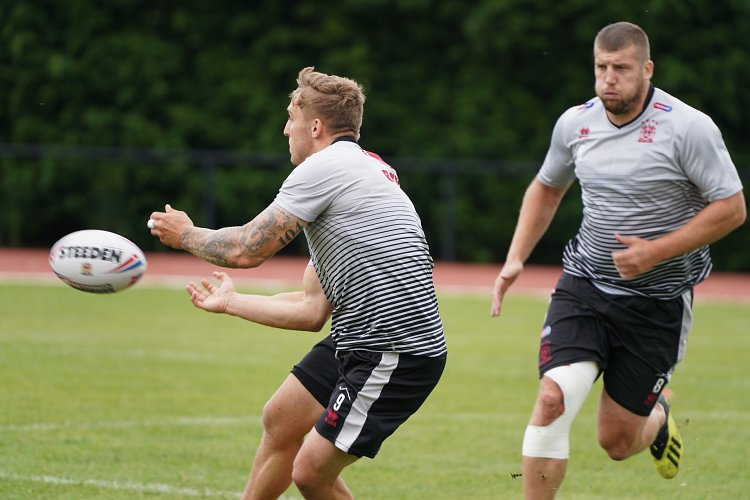 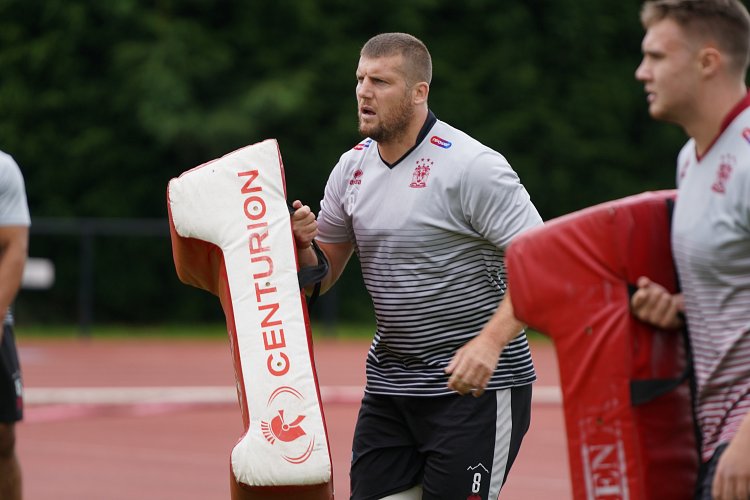 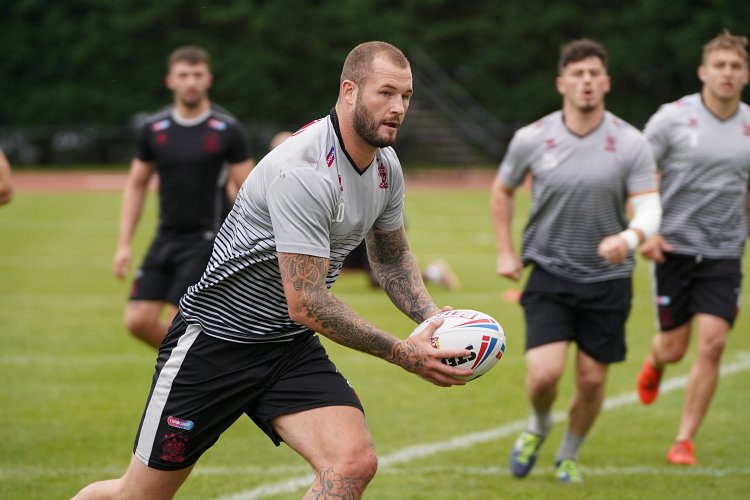 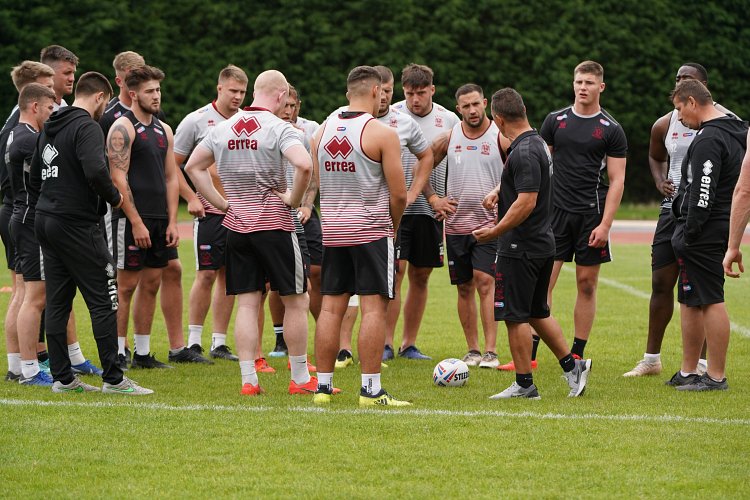 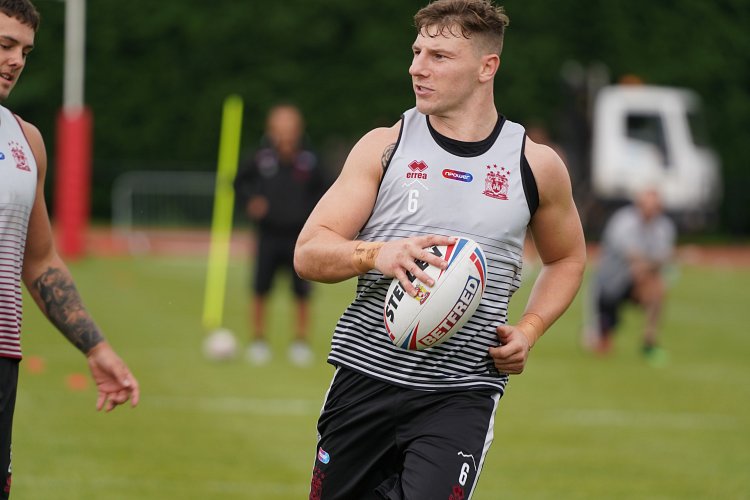 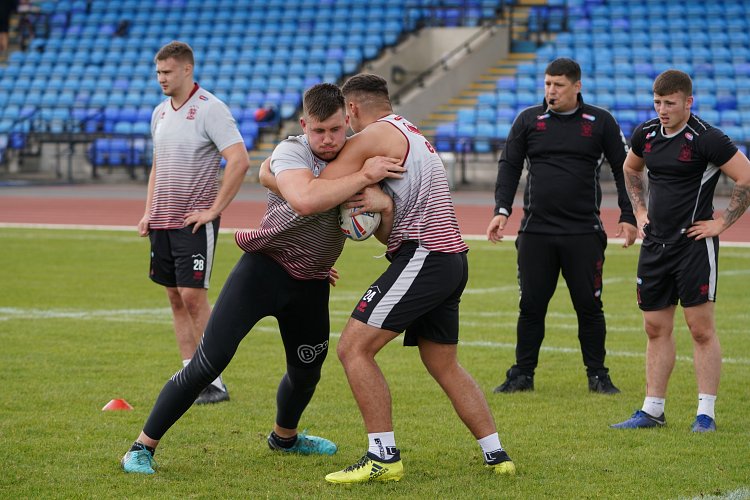 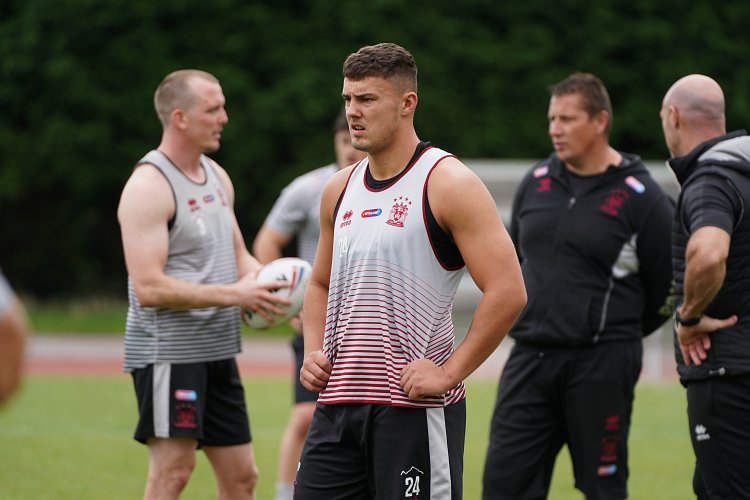 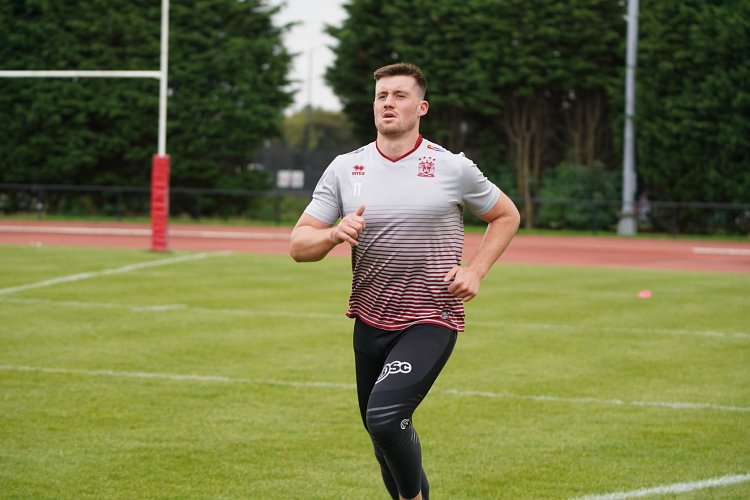 We caught up with Willie Isa and George Williams last week to see how the squad was preparing ahead of Sunday’s game.

Meanwhile, in a week without a fixture, Head Coach Lam was pleased to report that off the back of Wigan’s recent victory over Warrington Wolves, his side came through injury free.

He said: “Of the current squad that played against Warrington, everyone has come through that pretty good and all positive considering we’ve got this week off.”

The boss also provided an update on players currently sidelined: “At the moment, we’ve still got the same injury concerns. Sean O’Loughlin is out for a couple more weeks. Ben Flower is out for a few weeks.

Wigan’s top try-scorer in 2019, Joe Burgess, failed a late fitness test and missed last week’s home game against Warrington. Providing an update on Burgess, Lam commented: “We’ve also got Joe Burgess who is 50/50 to play against Wakefield, so we’ll take that into consideration next week when we get closer to the game.”

Prop forward Joe Bullock has been out of contention since picking up a knee injury against St Helens back in July.

On his progress and possible return to first-team action, Lam explained: “Joe Bullock is out until mid-way through the play-off stage. Those four boys are the main ones at the moment.”

Wanting to go to Wakefield but not bought your ticket yet? Click HERE for all the ticket information for Sunday’s game.

To purchase your tickets, you can visit the DW Stadium Ticket Office, call 01942 311111 or use our new ticketing website – https://wigan-warriors.talent-sport.co.uk/. Please note - tickets bought on the day of the game will cost £3 more than the original price.

Junior Season Ticket holders can claim a free ticket in advance of the game by either visiting the Ticket Office or calling on 01942 311111. Free Junior STH tickets cannot be purchased online. These tickets will not be available from Wakefield on the day of the game. Under-6s are admitted Free of Charge at Wakefield, and do not require a ticket.

All tickets will come off sale at 3pm on Friday 30th August. Please note - tickets bought after 4pm on Wednesday 29th August will not be posted, and must be collected instead.

For travel, seats on the Wigan Warriors supporter coaches are available by calling the DW Stadium Ticket Office on 01942 311111 or by using our ticketing page HERE. 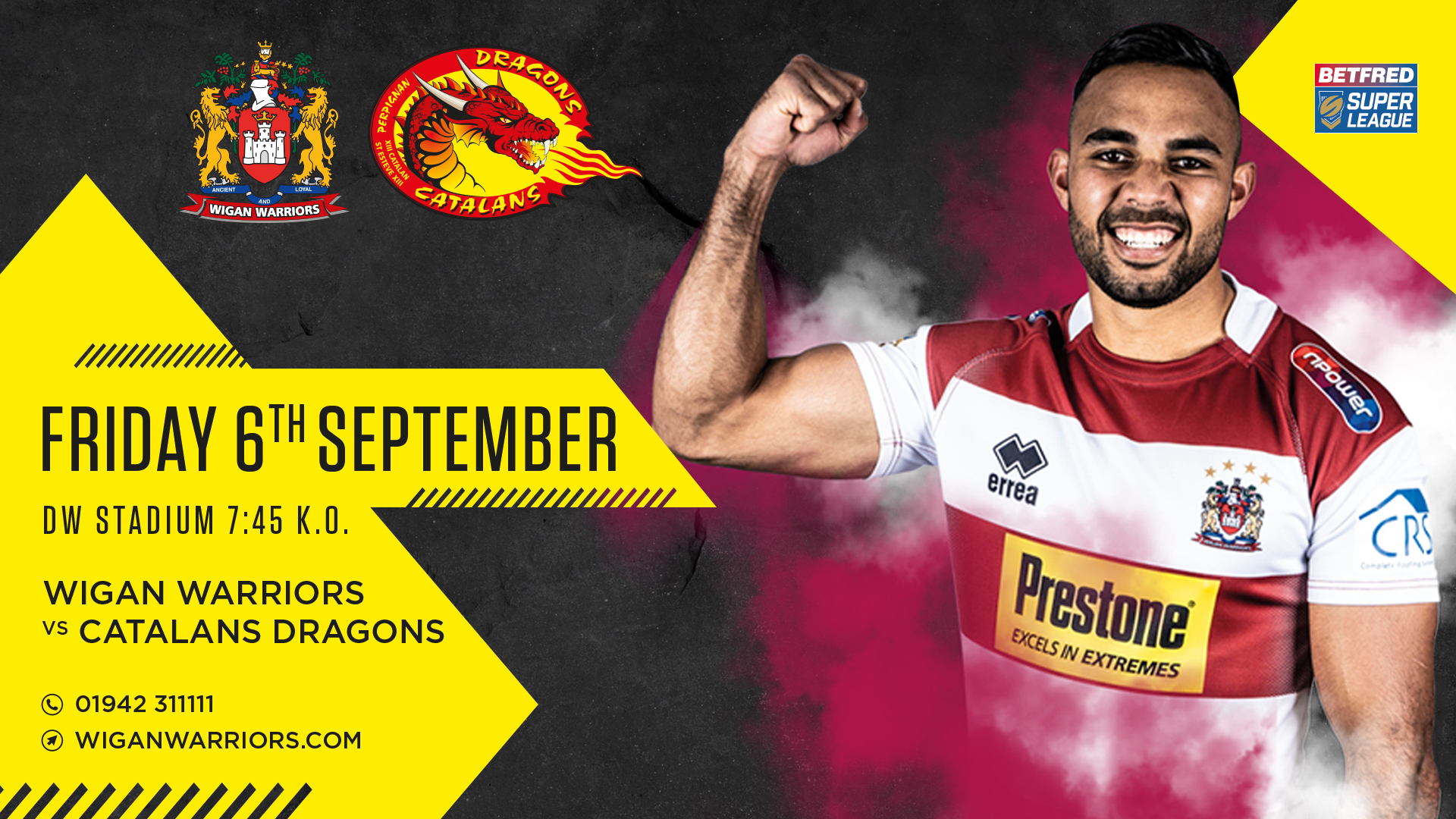