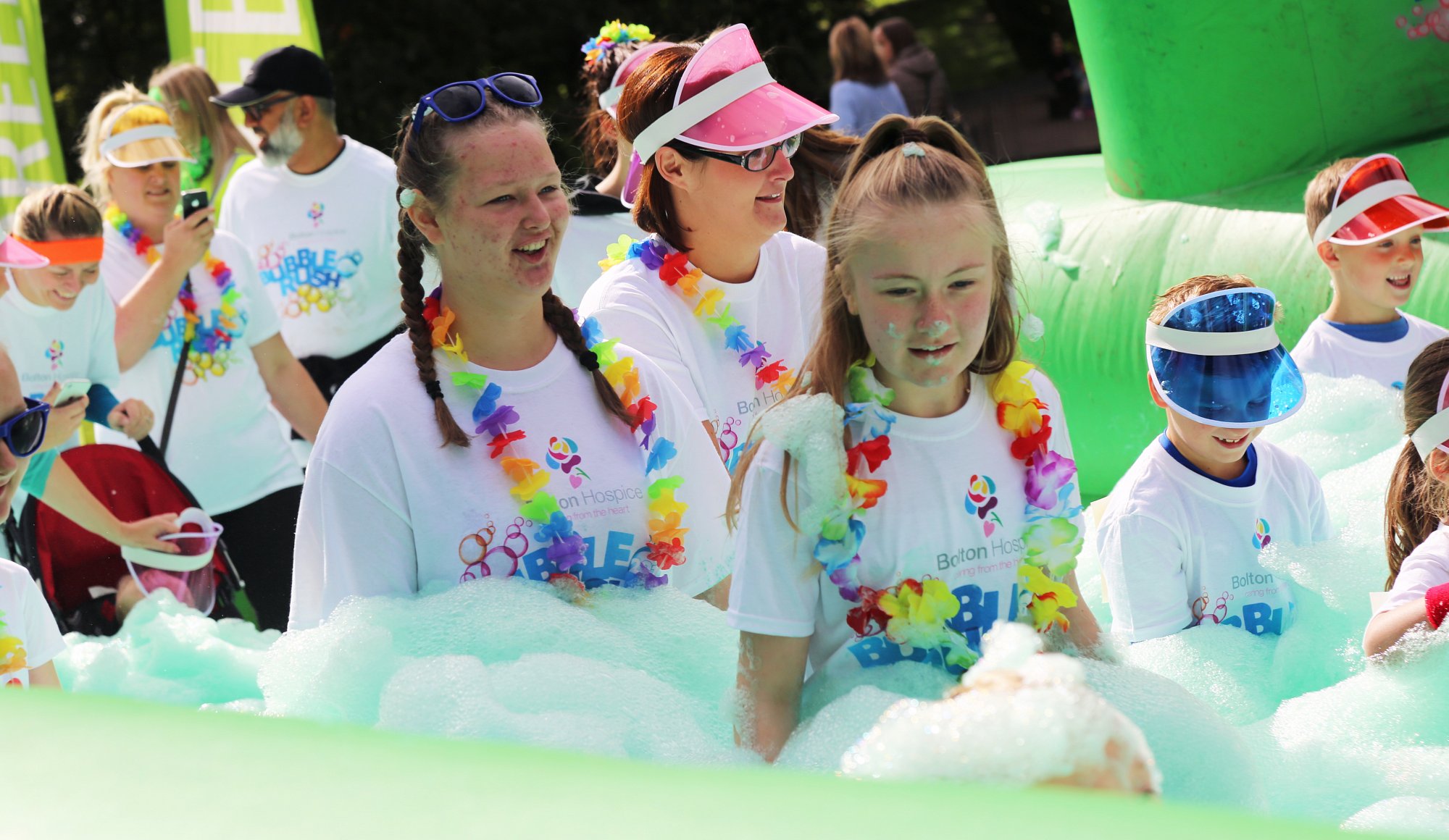 THOUSANDS of people are expected to get covered in colourful bubbles at Wigan Borough’s first Wigan and Leigh Bubble Rush on Sunday 6th October.

Participants will start off in a sea of colourful bubbles at Haigh Hall on October 6th then run through even more foamy bubbles being pumped out at four bubble stations over a 5K route. 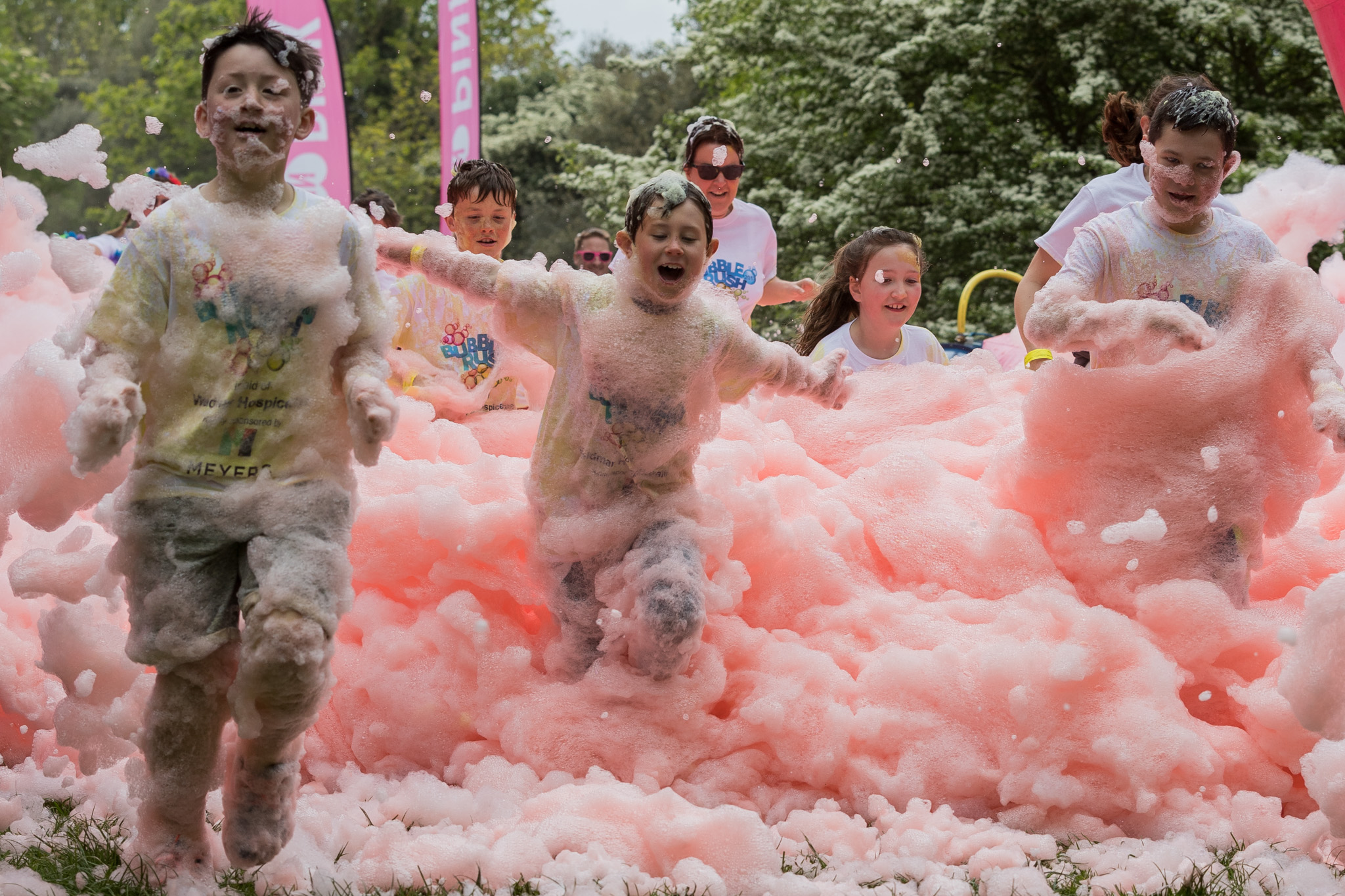 Mike Wearden, Wigan Warriors Community Foundation Manager said: “ This will be our 6th year in partnership with the Wigan and Leigh Hospice and we’re extremely excited to hold the boroughs first ever Bubble Rush event, building on the back of the amazing support and generosity that people have shown in participating in the Colour Run over the years.

You can dance, walk, run or toddle – everyone is encouraged to take it at their own pace and have fun. The route will go from the hall down to the entrance opposite Wigan Infirmary and back again.

Maxine Armstrong, Fundraising and Lottery Manager at the hospice, said: “We are so excited to be bringing the Bubble Rush to Wigan Borough. It’s all about having fun with friends and family and raising funds to support local people.”

Maxine added: “Everyone who takes part will be making a difference to their community and we thank them for that. We are the only adult hospice in the Borough helping almost 1,200 people with life-ending illnesses each year.” 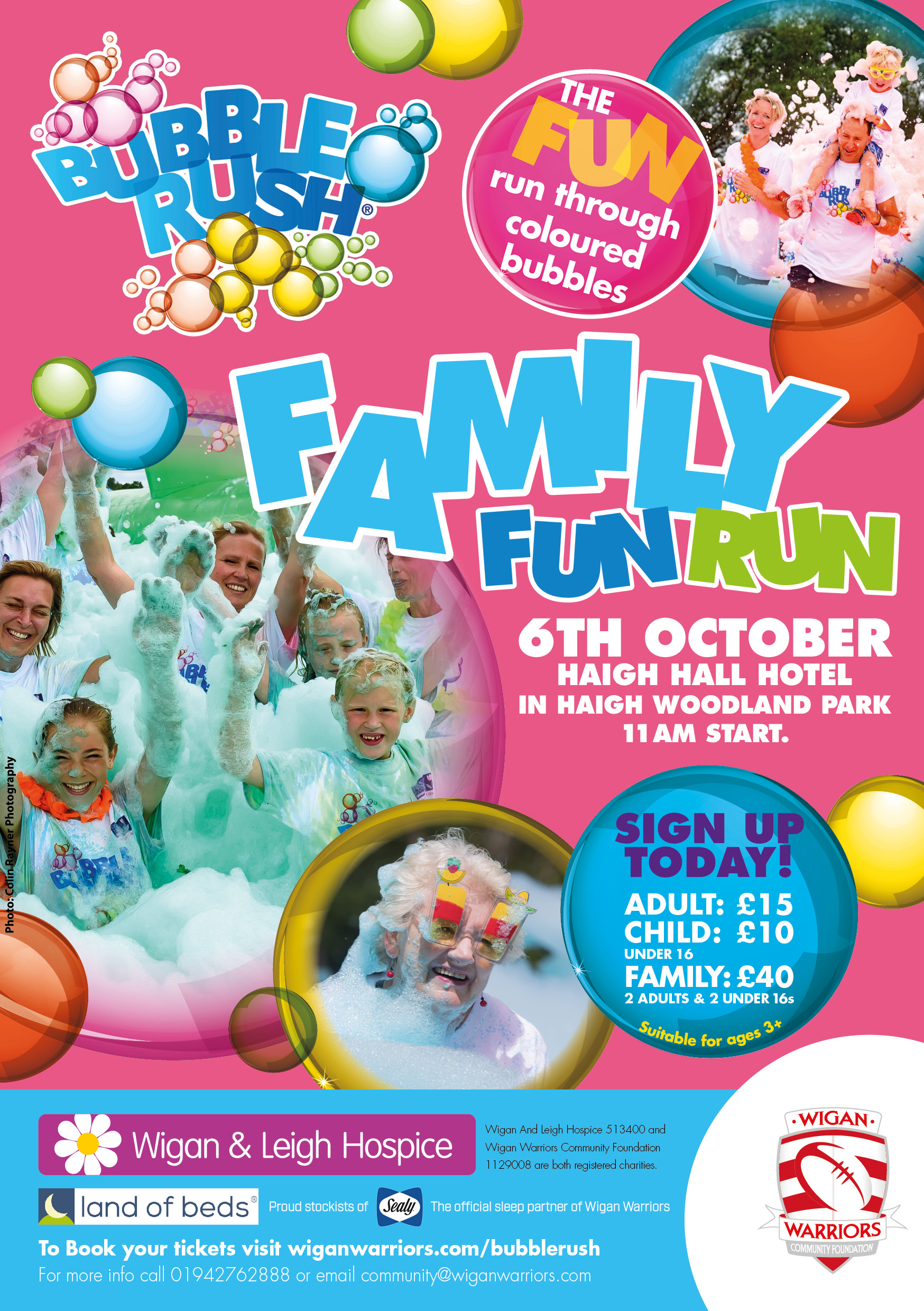 Wigan and Leigh Hospice and Wigan Warriors Community Foundation are also delighted to announce the renewal of last year’s partnership with Land of Beds who will be supporting this year’s Wigan and Leigh 5K Bubble Rush. The partnership will see the bed retailer become the official 2019 headline sponsor for the event for the second year running.

Mike Murray, Managing Director at Land of Beds, said: “Helping the Wigan and Leigh communities to sleep better – as well as supporting local charities and promoting health and wellness – are three of our family business’ core values.”

“Land of Beds wants to support families who are going through the toughest of times; therefore, it is our privilege to be sponsoring the Bubble Run, which will help to raise essential funds for Wigan & Leigh Hospice – an outstanding local charity that is close to our hearts and cares for more than a thousand people a year with life-limiting illnesses.”

Everyone who takes part will get a special Bubble Rush medal and a t-shirt.