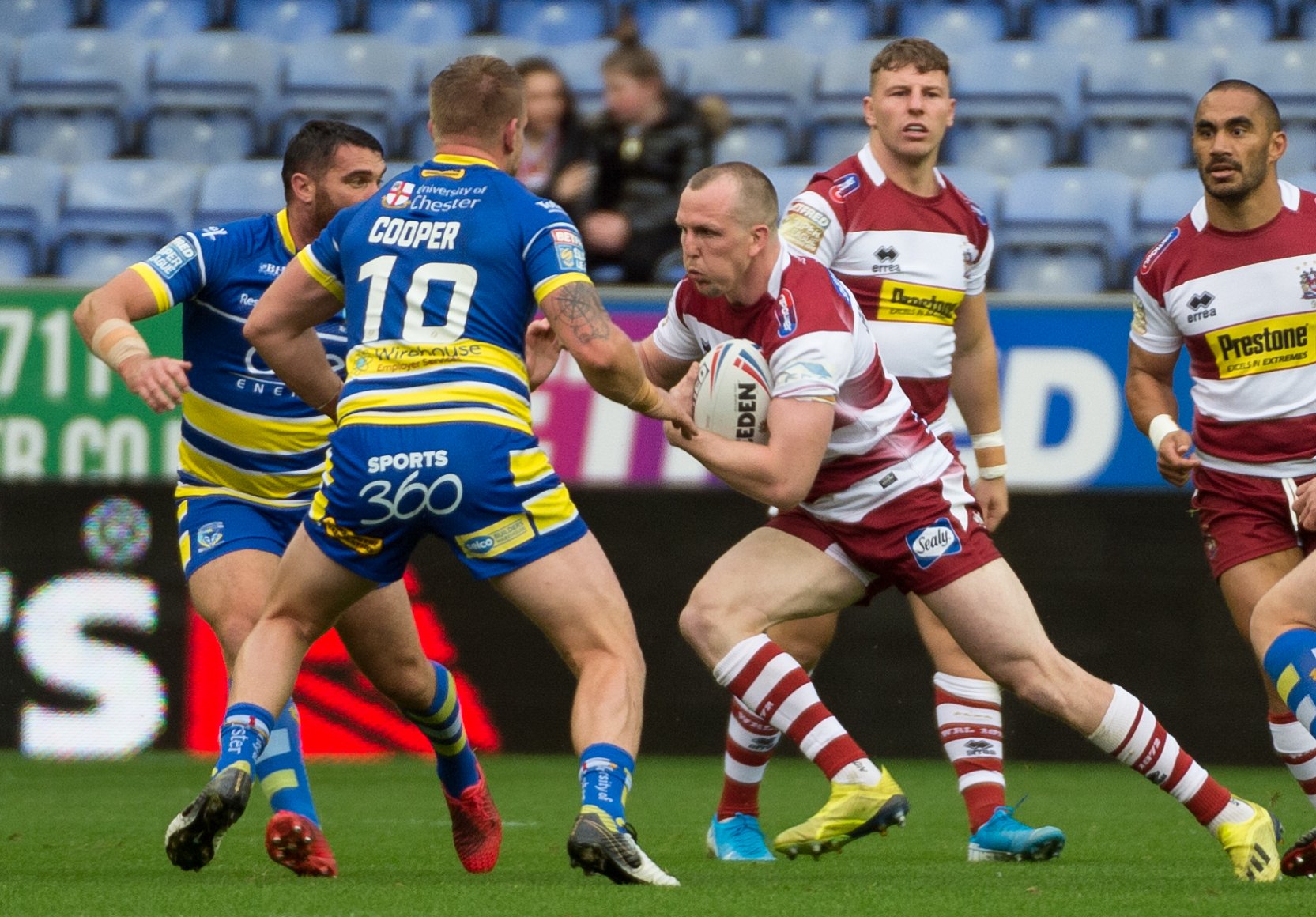 Despite playing 70 minutes in Wigan Warriors’ win over Warrington Wolves last Friday, Dan Sarginson says he is determined to get fully fit before his side’s next Betfred Super League game.

The centre missed Wigan’s previous game against Hull KR with a hip injury, but admitted he was still carrying a few ‘niggles’ as he returned to help his side beat Warrington 20-6 at the DW Stadium.

And with an extra week off due to the Coral Challenge Cup Final taking place this coming weekend, Sarginson states it is a chance for him to recover properly ahead of the final three games of the regular season.

“My lungs went a bit early doors,” he said after Friday’s clash with Warrington. “I haven’t been able to train too much with my hip injury. The fitness side was a struggle for me but I’ve got two weeks now to get up to scratch and sort out some other niggles.

“My shoulder has been playing up a bit and I’ve got something in my foot from a few weeks ago as well. I’m struggling out there, but it was good to get through the game and not make any of them worse, so I can build on that.”

In what was his 20th appearance this season, the No.3 assisted the Warriors’ third try in the first half on Friday as he found Zak Hardaker on the right edge, after Bevan French and George Williams also crossed over.

“It was a good first half. Our intent was brilliant and we can’t argue with that. It was our best performance against a top three team this season. It was pretty impressive; everyone was on the same page and defensively we were solid. We were clinical with the ball and sharp in attack too.

“It was a satisfying win. They’ve (Warrington) beaten us a couple of times this season and I was surprised to see them at full strength with their Challenge Cup Final this week too. They weren’t hanging back or leaving anything in the tank so it was pleasing for us.”

With Sarginson set to leave Wigan at the end of the season for fellow Super League side Salford Red Devils, the 26-year-old is looking to add his third Super League Grand Final winning ring to his collection and believes his side are starting to click at the right time, with nine wins from ten games and just points difference separating themselves and second placed Warrington.

“We haven’t really set second spot as an ‘actual goal’. Every week we just set ourselves little goals and build towards it and everything is starting to take shape at the right time of the year.

“We’ve grafted week-in-week-out and as a team, we’ll brush up a bit and try to improve every week. We’re building into this last period and if we can make the play-offs finals we’ll be playing our best rugby by then.”