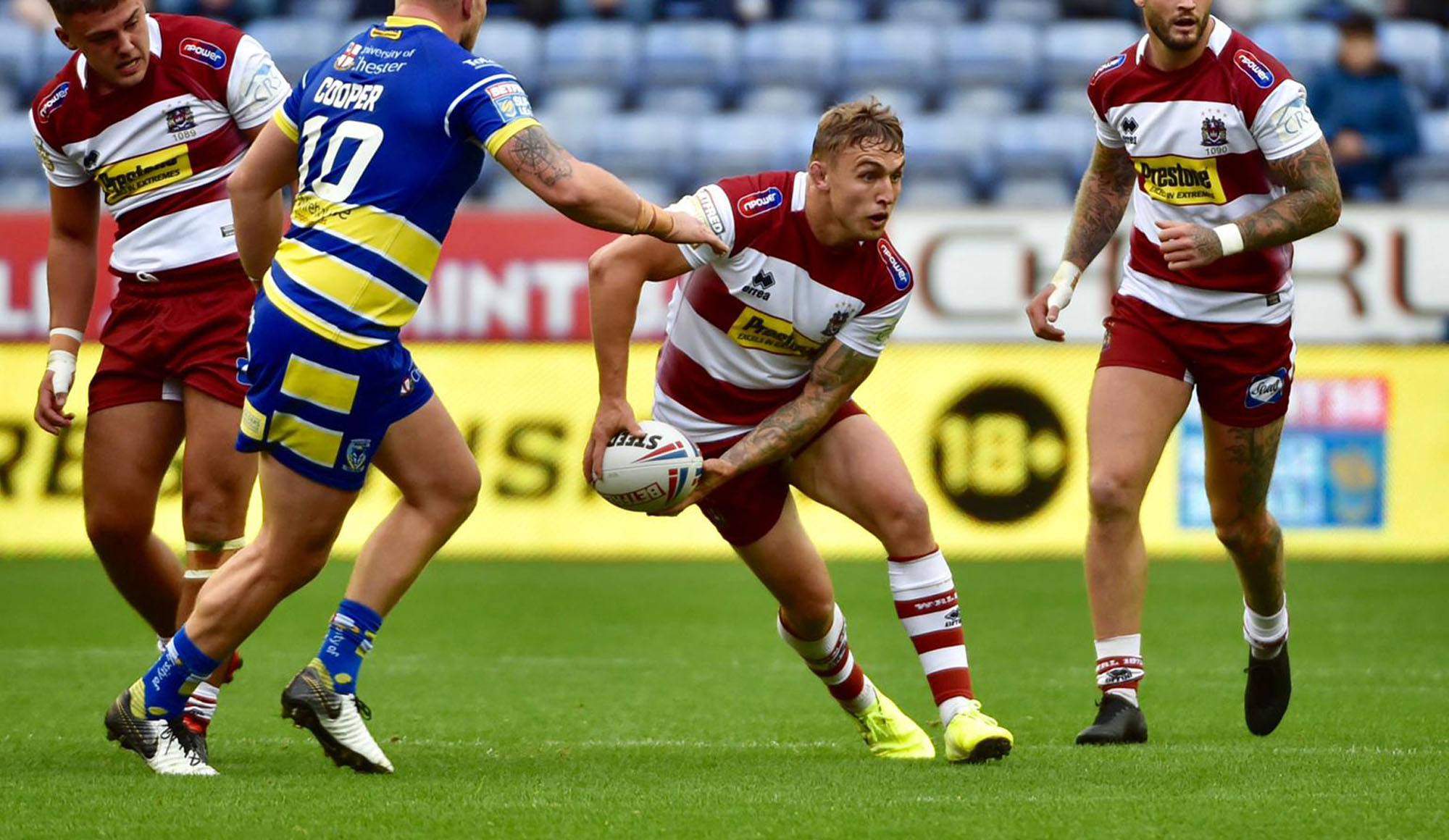 After Friday night’s win against Warrington Wolves, Sam Powell says Wigan Warriors are starting to become a Grand Final side.

The reigning Betfred Super League Champions scored three first half tries through Bevan French, George Williams and Zak Hardaker to guide themselves to a 20-6 victory against the Wolves at the DW Stadium.

And Powell believes Wigan’s first win over Warrington this season was an ‘important’ result for his side, as they moved up to joint second in the table and on to 30 points - the same as Friday’s opposition.

“We’ve not been looking at the table too much,” Powell admitted. “We have just focused on working hard for each other and building on our performances and effort.

“We are probably now showing signs of a team who can challenge for the Grand Final.

“We are very happy. We set our focus on chasing that second spot and we have taken a step forward closer to it. The result was the most important thing.”

The hooker says the three previous defeats to Warrington this year gave Wigan an extra motivation, as his side sealed a dominant win on Friday night.

“Everything has been built on effort, it was important to beat them because we hadn’t done that before Friday. That was one of the driving factors so we are happy to get that monkey off our back.”

😍 WE ARE WIGAN WARRIORS. 😍 pic.twitter.com/MPzwxE6Kpx

Despite nine wins from ten league games, Powell still feels there are improvements to be made during the Warriors’ week off, as they head into the final three games of the regular season.

“It wasn’t a complete performance from us, we can still improve,” he admitted. “We are happy that we have got the week off, as we will rest up and work on a few things.”

He added: “It was still important to get the win as we have a long time to dwell on the result. It’s good to be heading into the play-offs with this form because we are beating the sides that we are going to face.

“You don’t want to go into the crunch time of the season without beating a particular team.”

He also praised teammate Bevan French, who scored his first try for the Club within 16 minutes of his first start.

“It’s good that he’s settled in well. He’s come over on his own so it is a big move. Now he’s got his first try hopefully he’ll push on and get a few more before the end of the year.”