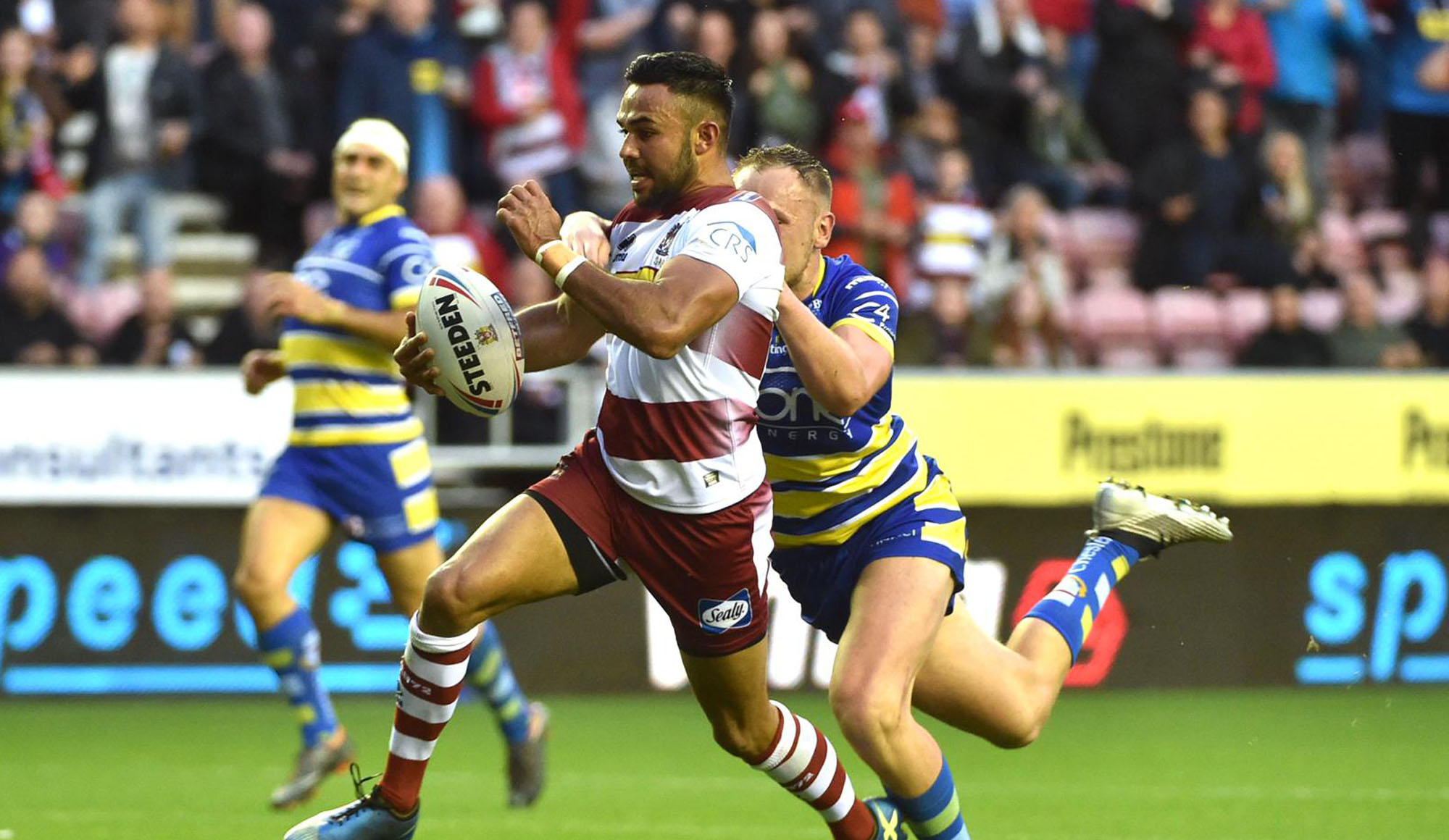 Bevan French’s first try for Wigan Warriors helped Adrian Lam’s side on their way to a 20-6 victory over Warrington Wolves at the DW Stadium.

The versatile Australian marked his first start for the Club with his team’s first try the evening, before George Williams and Zak Hardaker crossed over to guide Wigan to their ninth victory in ten league games.

The win sees the Warriors move level on 30 points with Warrington and Hull FC in the Betfred Super League table, as the battle for second place heats up.

The opening exchanges saw both sides finding their feet, with neither team able to get an early break through.

Then in the 15th-minute, Wigan broke the deadlock as French dove over in the corner to score his first touch down in Cherry and White colours. Hardaker, who assisted the try, added the extras to make it 6-0.

Two minutes later, stand-off Williams added a second for the Warriors, as he broke free of the Wolves defence, before a clever dummy saw the path open to go over. Hardaker once again successfully converted to extend the lead to 12-0.

The Warriors bagged their third try on the 25th-minute. After a series of deflections, the ball arrived at the hands of Hardaker who cut inside and eased over. The full-back added the extras to make it 18-0.

French thought he had got his second try of the evening, but he was ruled out by the video referee Chris Kendall, as the 23-year-old was unable to ground the ball after making a mazing run through the Wolves defence.

With four minutes remaining of the first half, Lam’s side had another opportunity to further their advantage, but Liam Marshall was unable to pick up a Tommy Leuluai kick, which bounced agonisingly out of his reach.

Wigan had to settle with an 18-0 lead at half-time, after a strong opening 40 minutes.

Five minutes after the break, Warrington thought they had pulled one back, but Dec Patton lost control of the ball as he slid across the line despite looking certain to score.

The 24-year-old had the away fans cheering again a few minutes later, but the celebrations were cut short once more as Kendall ruled it out for double movement.

On the 52nd-minute, Hardaker added an extra two points to extend Wigan’s lead, after successfully converting a penalty from 20 metres out.

The Warriors were reduced to 12 men just before the hour mark, as Oliver Gildart was shown a yellow card for a high tackle on Jake Mamo.

Gildart’s absence did not cause too many problems for Wigan, as the defence remained strong to keep the Wolves out.

French had another chance for a second try on the 70th-minute, but Hardaker’s pass to the winger was slightly forward, ruling out a fourth Warriors touch down.

Two minutes later, it was the visitors who went over for a late try, as Tom Lineham grounded in the corner. Patton added the two points, but that proved to be nothing more than a consolation as Wigan saw out a 20-6 victory and beat Warrington for the first time this season. 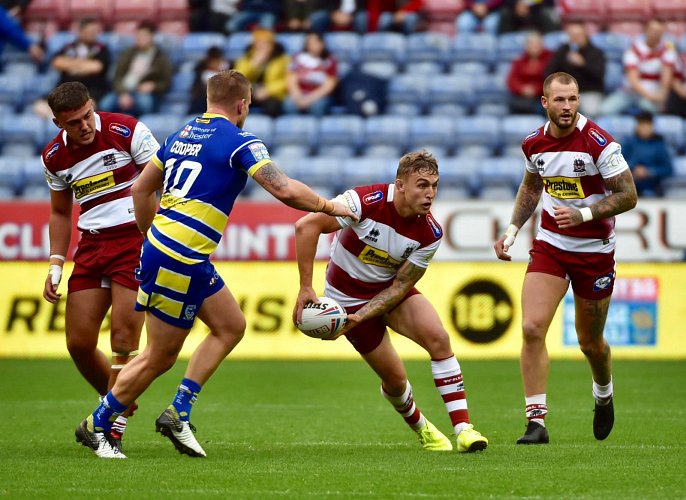 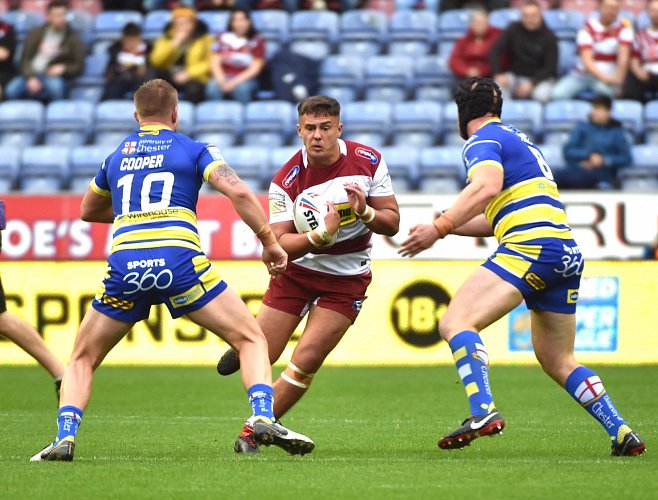 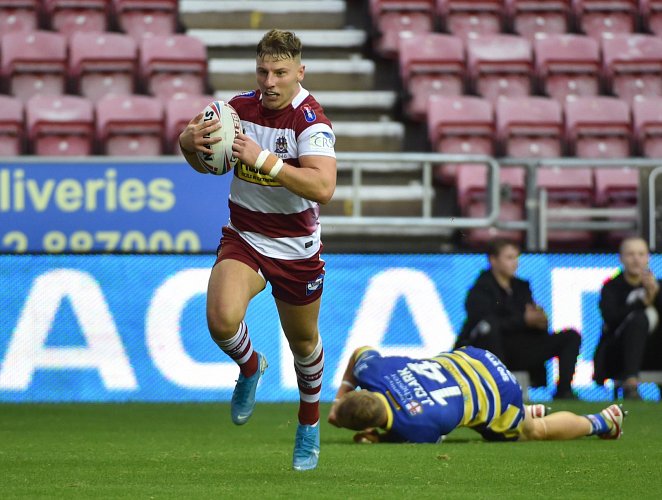 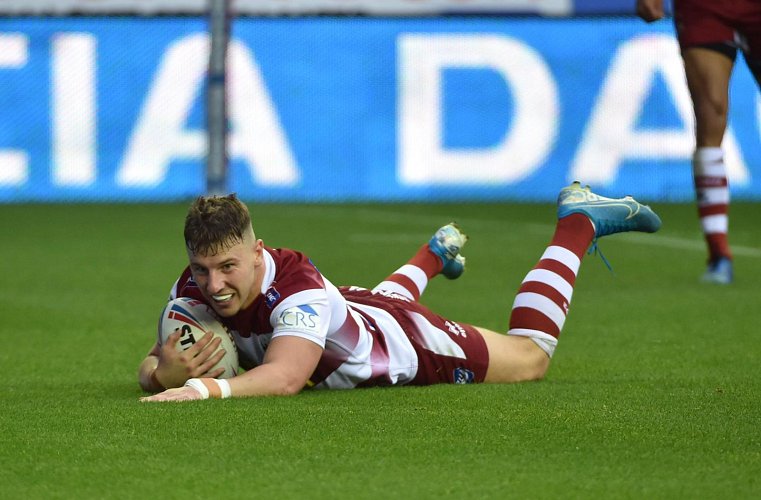 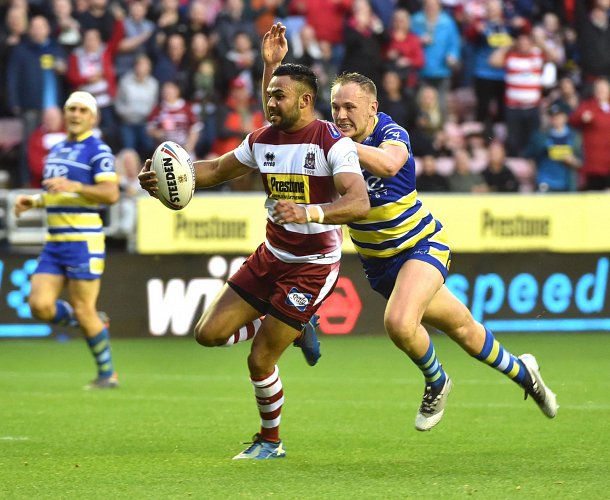 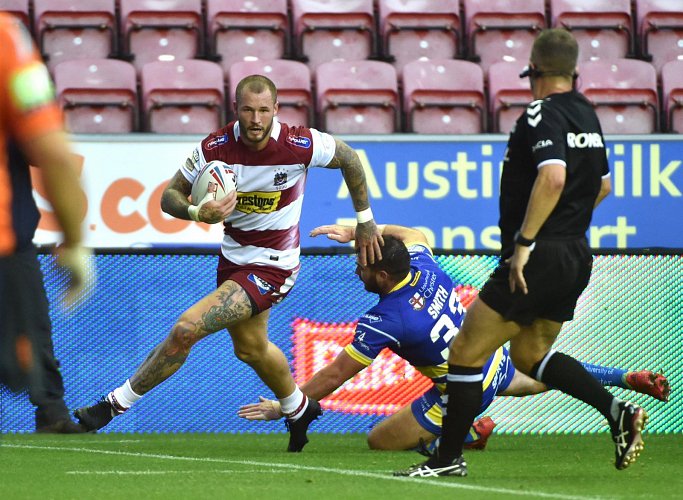 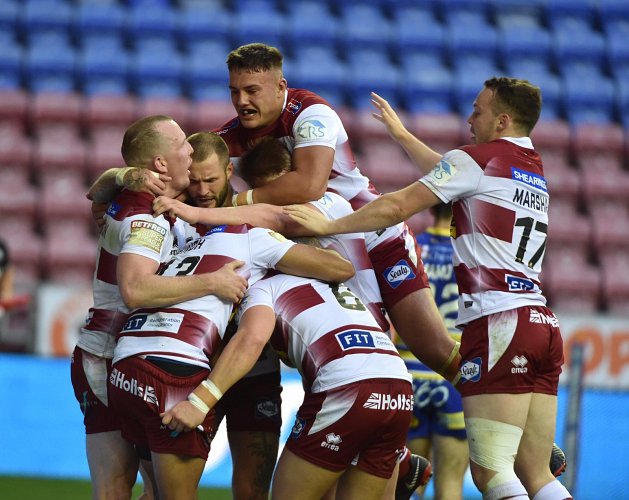 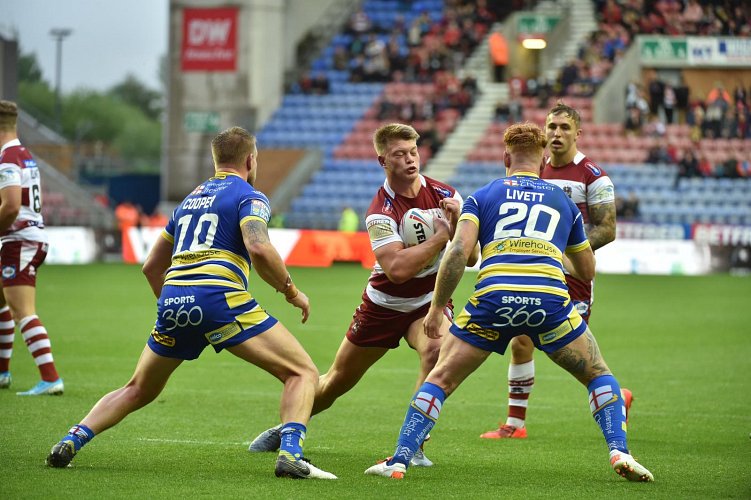 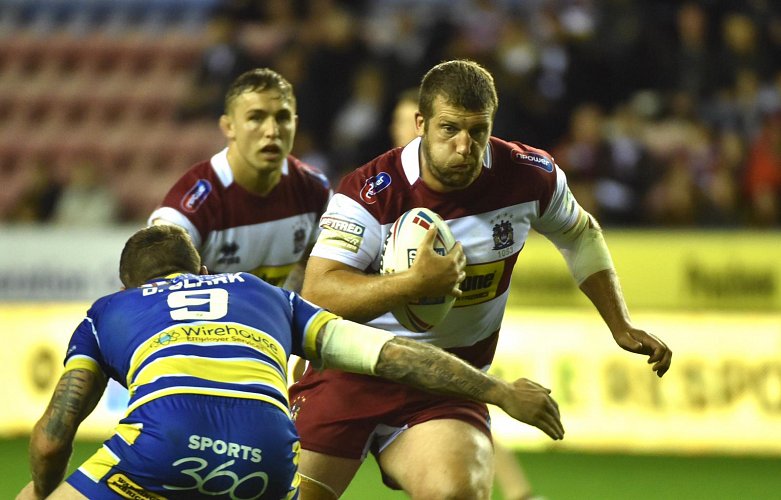 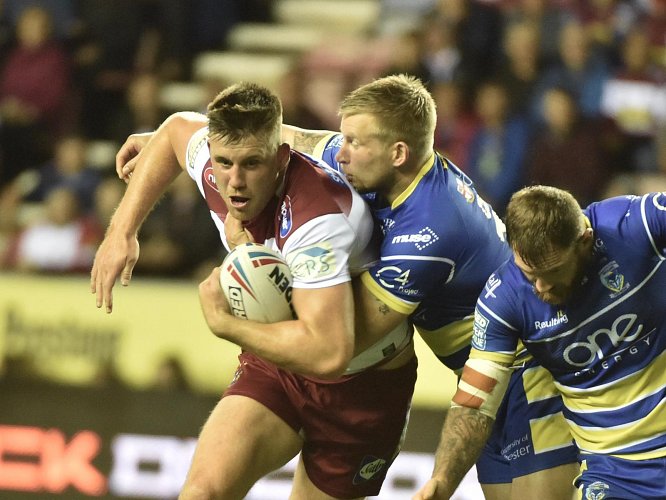