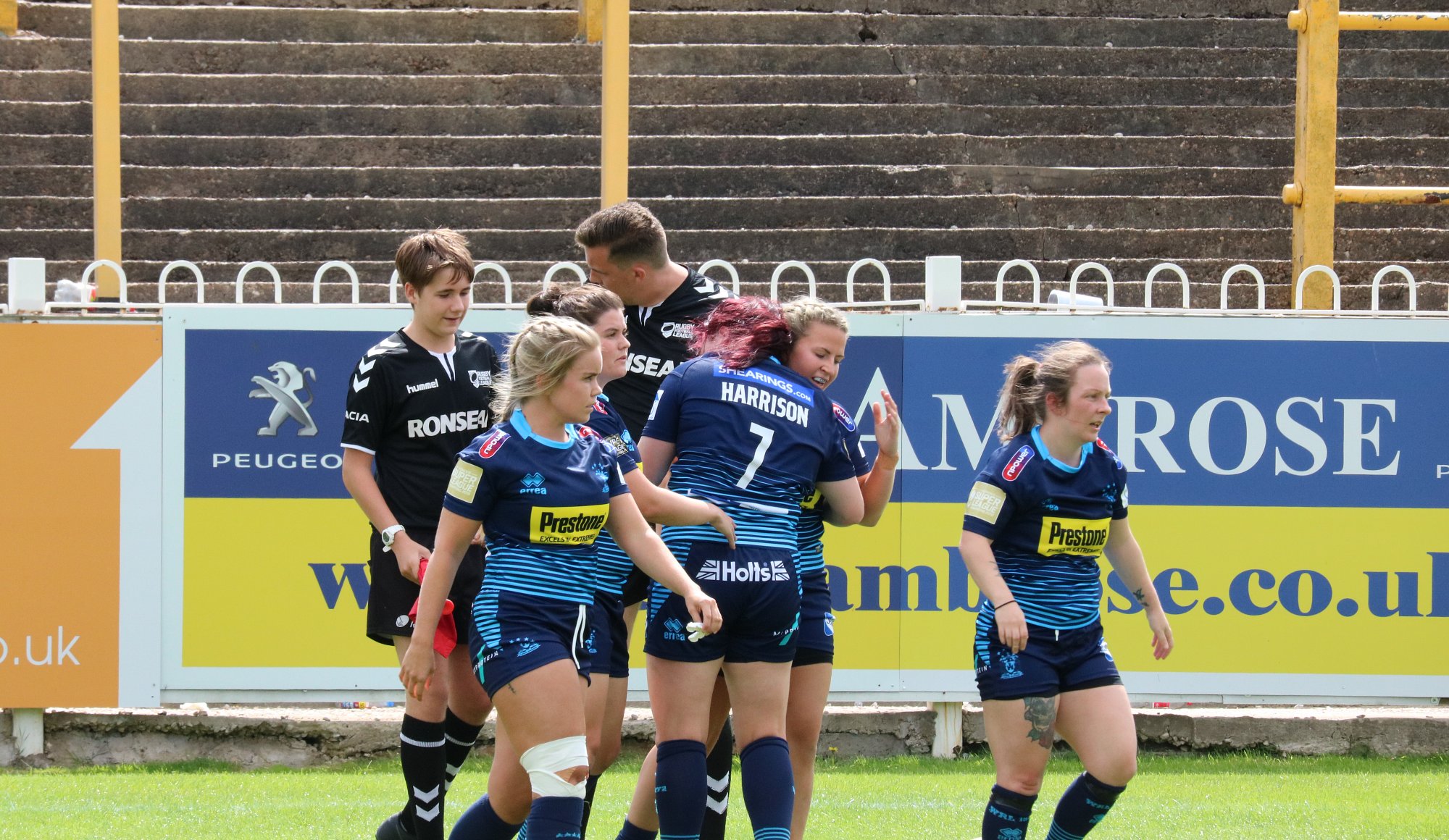 Wigan Warriors Women Head Coach Kris Ratcliffe says his team need support more than ever as they return to the Robin Park Arena for the first time since the beginning of June.

The Cherry and Whites host York City Knights Ladies this Sunday (K.O. 2pm). Wigan beat Featherstone Rovers in their last appearance on home turf, but go into this weekend’s game off the back of two losses.

The Warriors are boosted by their return to the Robin Park Arena after more than ten weeks away.

Speaking on the importance of being in front of home supporters, Ratcliffe said: “It’s a big positive being back at home. It’s been nearly three months since our last home game and hopefully we can get a good number of fans down to cheer us on. The girls need the support more than ever at the minute.”

The Warriors fell foul to current league leaders, Castleford Tigers, last Sunday, as they were dealt another hinderance in their play-off hopes.

Addressing the recent results, Ratcliffe said: “The past few weeks have been really testing and tough on our squad. A natural reaction to falling short is to look for excuses, but I’ve been really adamant that we aren’t going to accept that.

“We have lost games because we haven’t been smart enough, fit enough or disciplined enough to get the job done. The positive for us is that we have realised those issues now and started to address them all. The girls know that if they want to defend their title they must improve.”

He added: “I’ve seen enough in spells to know we have more in us, we just need to build consistency and momentum. Leading into this weekend against York, that momentum will be very much with our opponents. They had a very good win against Wakefield Trinity last week, keeping them to only one score.”

On the opposition, the Head Coach commented: “York have some really big players and are difficult to hold when they get rolling forward.

“They have plenty in the locker to cause us problems if we aren’t fully committed to the task, but I’m sure that we will be committed, as a win is absolutely vital to getting back on track and securing a play-off place.”

Wigan will also look to field their newest recruit, who will pull on the No.30 jersey, should she make an appearance on Sunday. Back rower, Hayley Martinus, becomes the newest face in the Women’s camp, another from the Deanery High School production line, joining the likes of captain Gemma Walsh, Charlotte Foley and more recently Megan Grace Holding and Leah Darbyshire.

Ratcliffe summarised on Martinus: “Hayley is an outstanding junior player who has been away from the game for a few years to pursue a promising country standard cricket career. She returns to play for her hometown Club, and we’re really looking forward to having her on board for the remainder of the season.”

Tickets will be available on the day for the clash between Wigan Warriors Women and York City Knights Ladies at the Robin Park Arena on Sunday 18th August, 2pm kick-off.