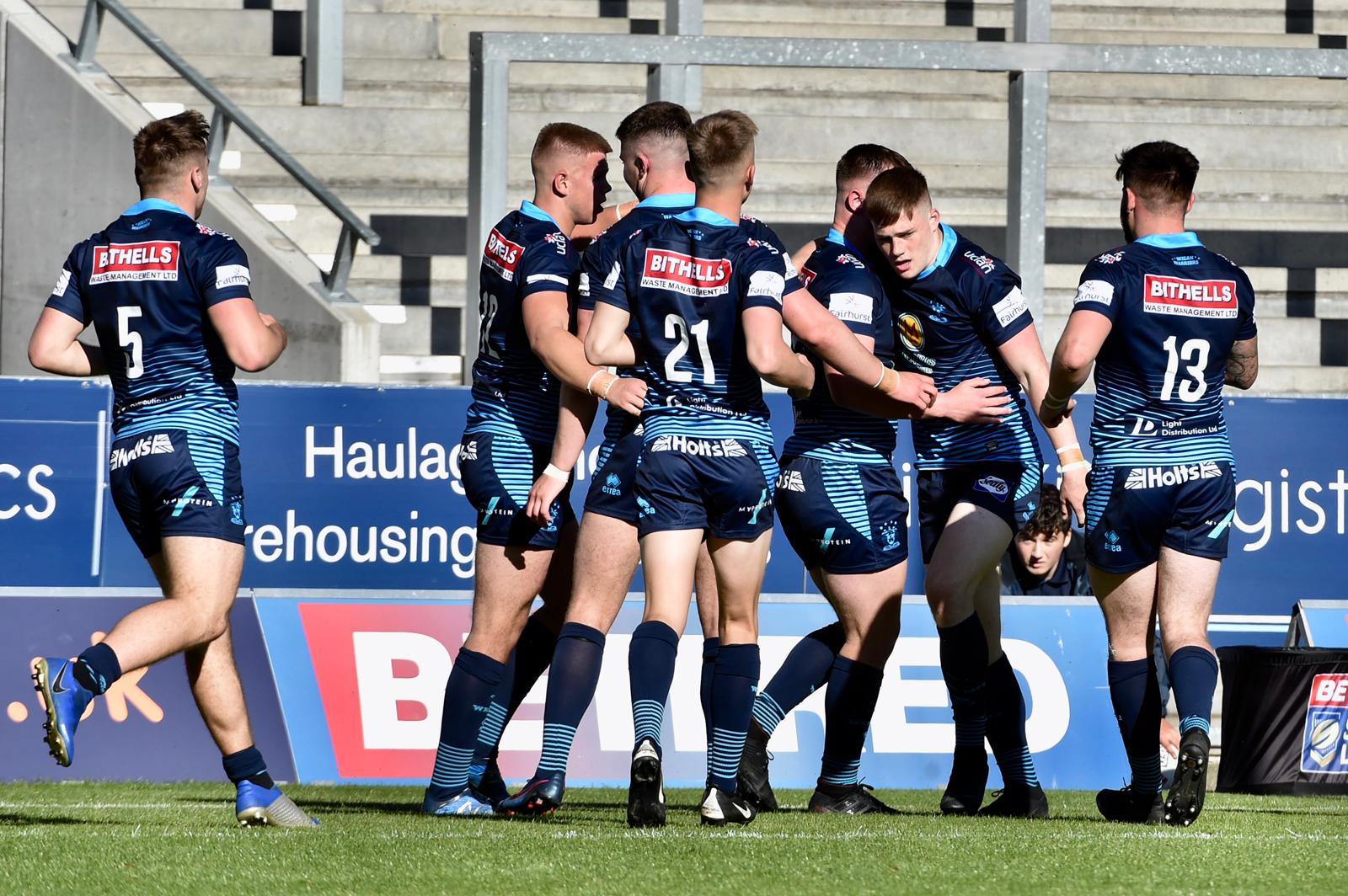 Umyla Hanley scored a hat-trick and converted nine goals to inspire Wigan Warriors Under-19s to a huge victory over Bradford Bulls on Saturday.

Shane Eccles’ thrashed the Bulls 54-10 at the Robin Park Arena and maintained their four-point lead at the top of the Academy Super League.

First half tries from Jack Bibby, Sam Halsall, Jack Kennedy and two for Hanley saw the Warriors cruising at the break, before second half efforts from Hanley and Oscar Stone, plus two for Jake Sculthorpe saw out the emphatic triumph.

Wigan got the first try of the afternoon, as Bibby crashed over. The Warriors added their second of the afternoon in the 24th-minute, as space opened up for Halsall to score.

Not long after, Eccles’ team got their third, as Kennedy kicked the ball through the Bradford line for himself to chase and go over, after a mistake from the visitors. Full-back then got on the scoresheet, as he outpaced the Bulls defence, with Corey Hall providing the assist after breaking through.

Hanley wasn’t done there, as he made it two in two minutes as he found a way over in the 34th-minute to make it 30-0 at half time, with all five successful conversions.

Despite being reduced to 12 men as Ebon Scurr was sent to the sin-bin, the Bulls got their first try of the game seven minutes into the second half. Billy Jowitt broke through the Wigan line to go over under the sticks. Matthew Race added the extras to make it 30-6.

The Warriors responded soon after and extended their lead back to 30 points, as Sculthorpe dove onto the end of his own deflected grubber kick to get the try.

On the hour mark, Hanley completed his hat-trick in fine fashion with a bursting run through the Bulls defence, courtesy of a Cian Tyrer break. A minute later, forward Stone extended his side’s lead, as he found a gap and dived over the whitewash.

The visitors were able to pull one try back, as Luke Littlewood used his pace down the left edge and went over in the 71st-minute to finish the move. With Race unable to add the two points, the score stood at 48-10.

To round off the afternoon, Sculthorpe added his second in the 79th-minute, after Amir Bourouh broke down field to provide the assist. That try and Hanley’s ninth conversion saw the Warriors complete an impressive 54-10 victory over Bradford to keep their lead at the top of the Academy Super League.