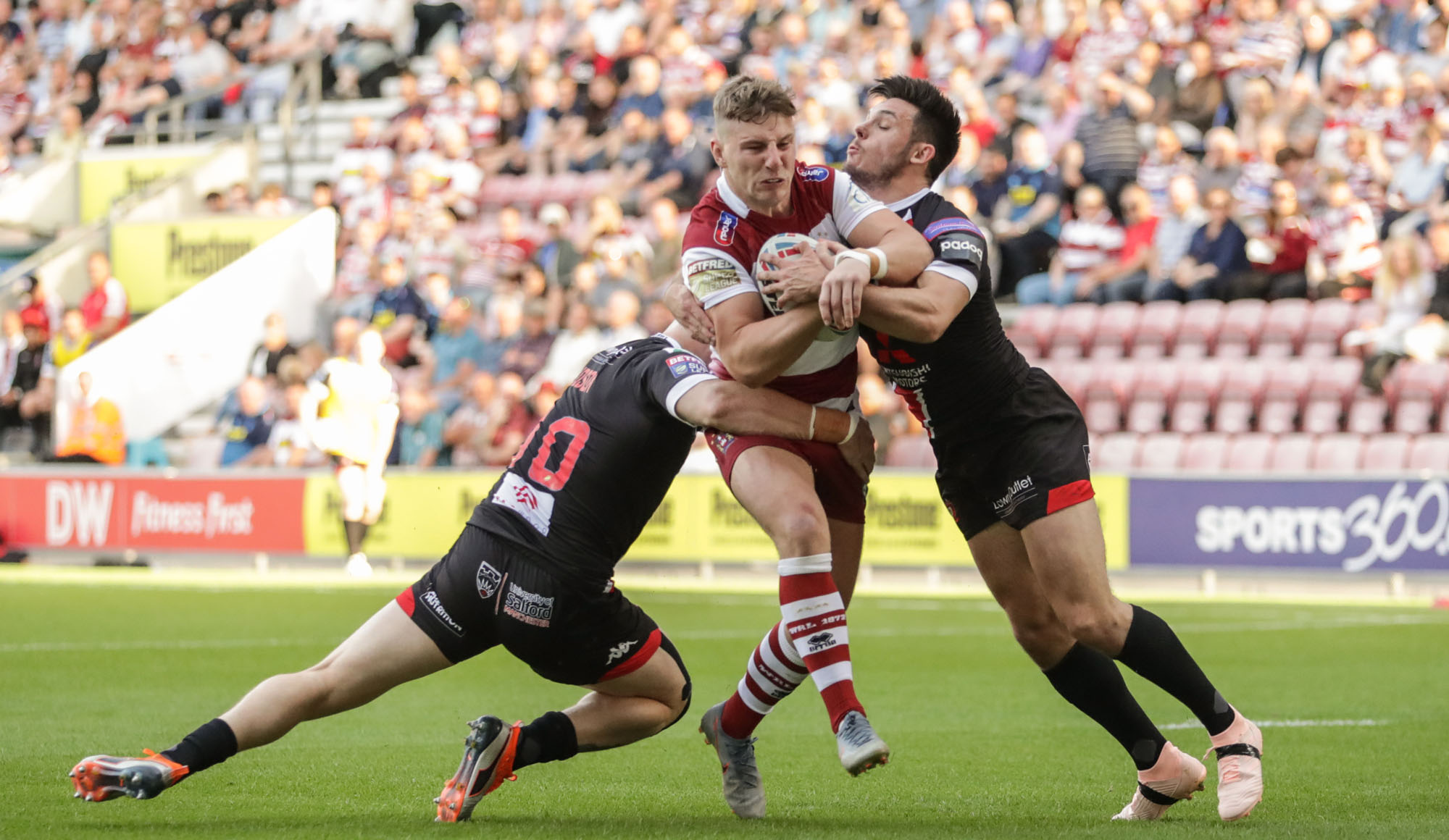 Wigan Warriors made it four wins in their last four as they beat Salford Red Devils 28-12 at the DW Stadium on Friday night.

Victory sees Adrian Lam’s side continue their rise of the Betfred Super League table and enter the top five, as two tries in the first half and three in the second was enough to earn victory in their first game at home since the start of May.

After five minutes of play Salford went 2-0 up through a successful Krisnan Inu penalty from close range.

Wigan levelled things on the 20-minute mark with a penalty of their own, as Chris Hankinson continued his fine kicking form to successfully convert.

Not long after the Warriors levelled, Liam Marshall went over in the corner after a well worked passing move opened up the space out wide. Hankinson was unable to add the extra two points, leaving Wigan leading 6-2 after 24 minutes.

Lam’s team then extended their lead in the 34th-minute, as Joe Greenwood dove onto the end of a George Williams kick to ground the ball and make it 10-2. With Hankinson picking up a slight knock in the back play to the try, Zak Hardaker took over kicking duties but his effort went wide of the post.

Just before the break, Salford pulled a try back through Derrell Olpherts in the corner, making Wigan pay for a defensive error in the build-up that gave the visitors one last chance to attack. Inu was unable to convert the kick for the Red Devils, leaving the Warriors with a 10-6 half-time lead.

Wigan came out fighting after the break, as just one minute into the half, Jarrod Sammut broke free on the right side before superbly kicking the ball through to assist Hardaker for a try under the sticks. Hankinson successfully converted the kick to make it 16-6.

On 50th-minute, the Warriors went over again, as Marshall grabbed his second after cutting inside and forcing his way through the three Salford defenders. With Hankinson adding the extras again, Wigan extended their lead to 22-6.

With 11 minutes remaining, both teams were reduced to 12 men, as Romain Navarrete and Gil Dudson were both shown yellow cards and sent to the sin-bin.

The Red Devils scored in the 77th-minute, as Kris Welham went over in the corner for what was nothing more than a consolation. Inu added the two points.

With seconds remaining, the Warriors completed their victory as Oliver Partington went over for his first try at the DW Stadium. Hankinson’s kick made the final score 28-12.

The victory sees Wigan move above Salford in the table and into the top five. 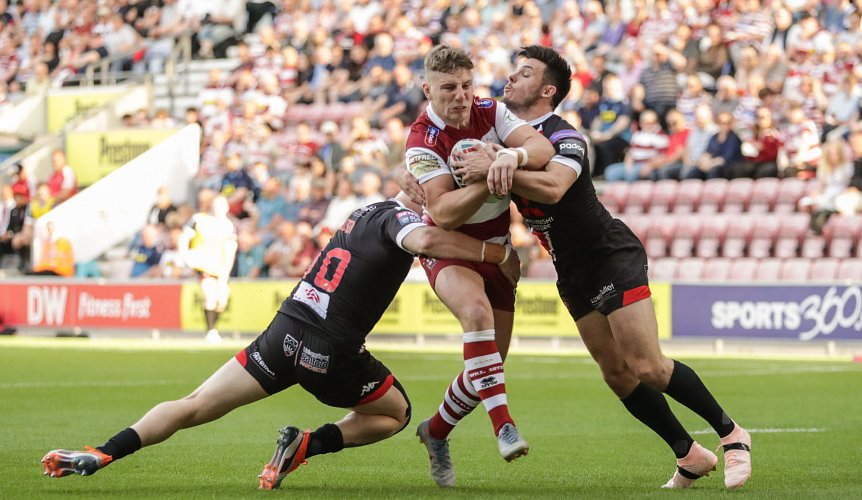 Ten of the best action shots from Wigan Warriors vs Salford Red Devils. 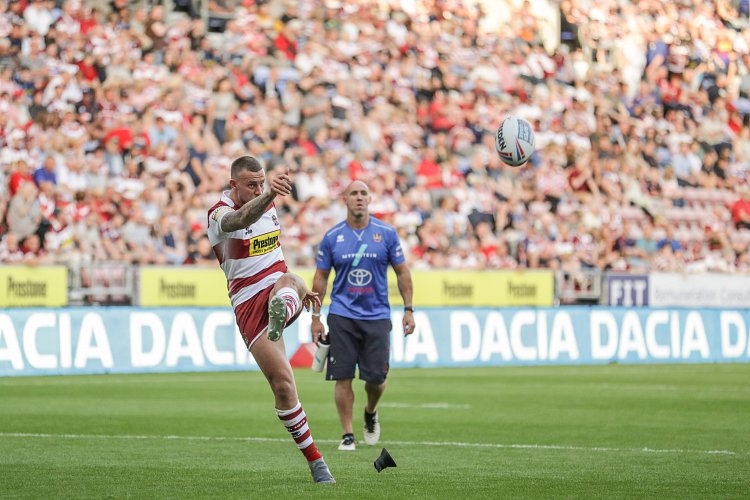 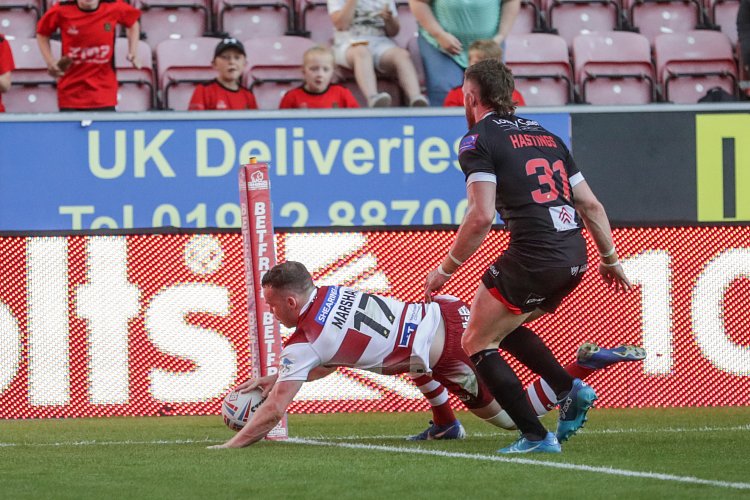 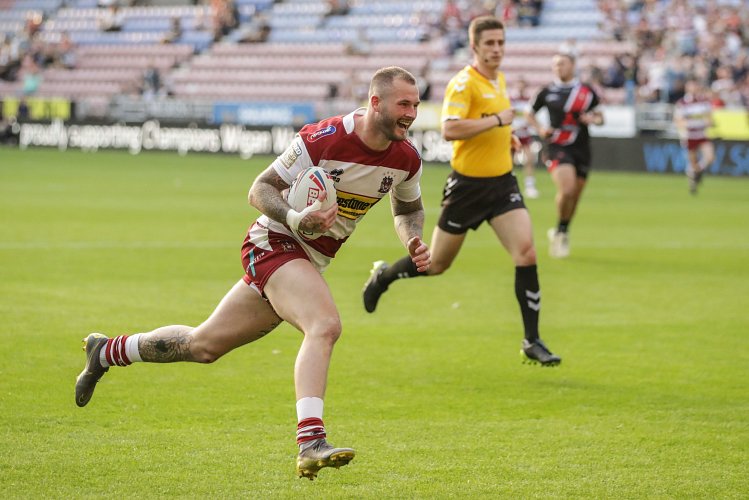 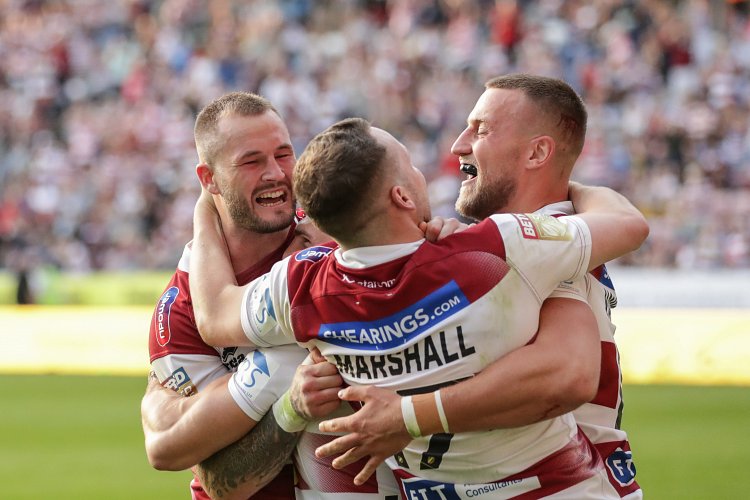 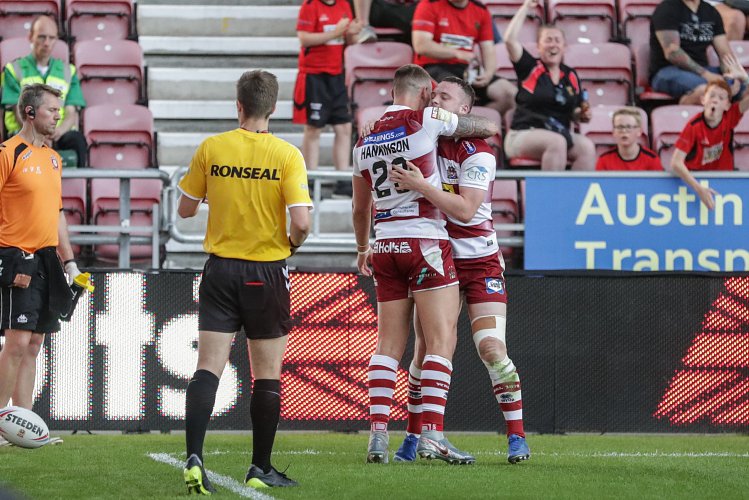 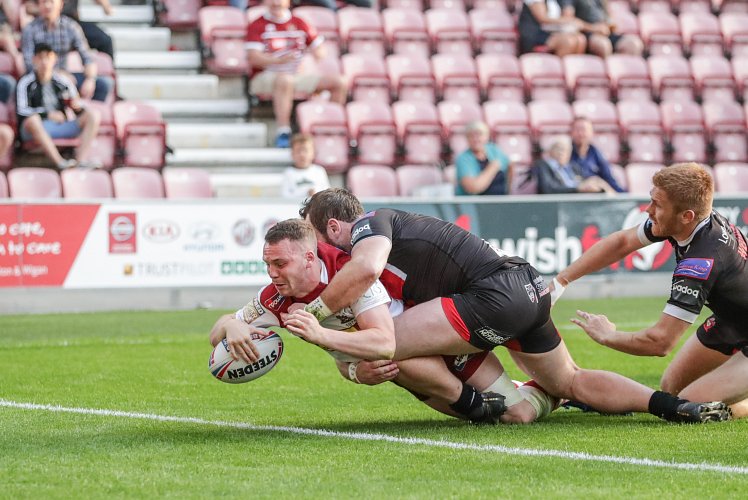 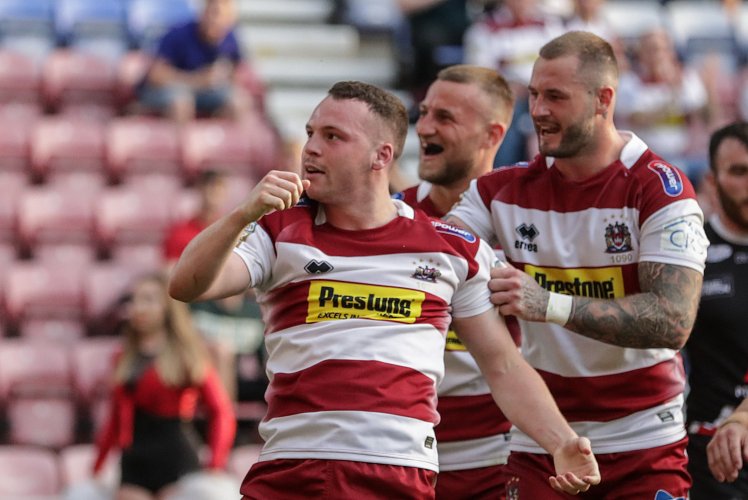 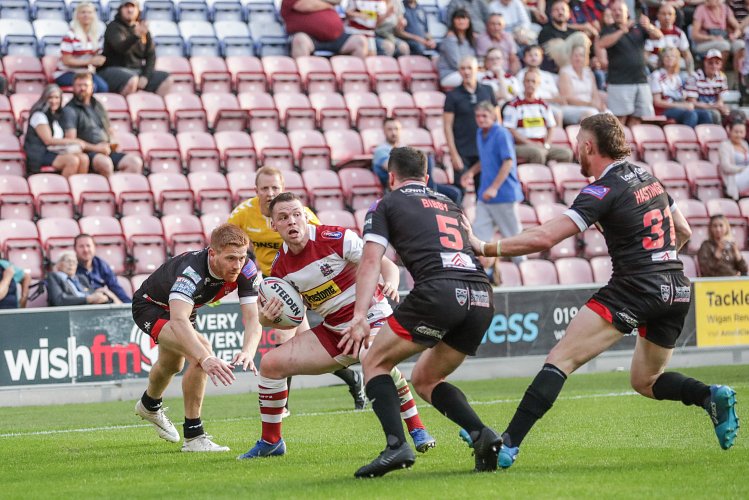 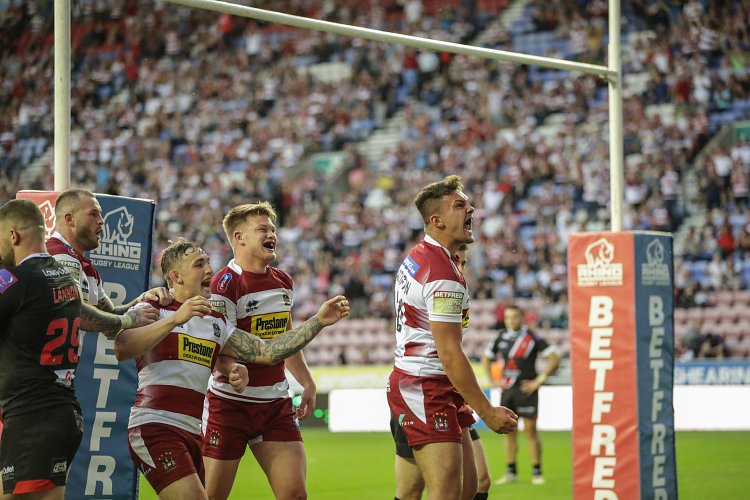