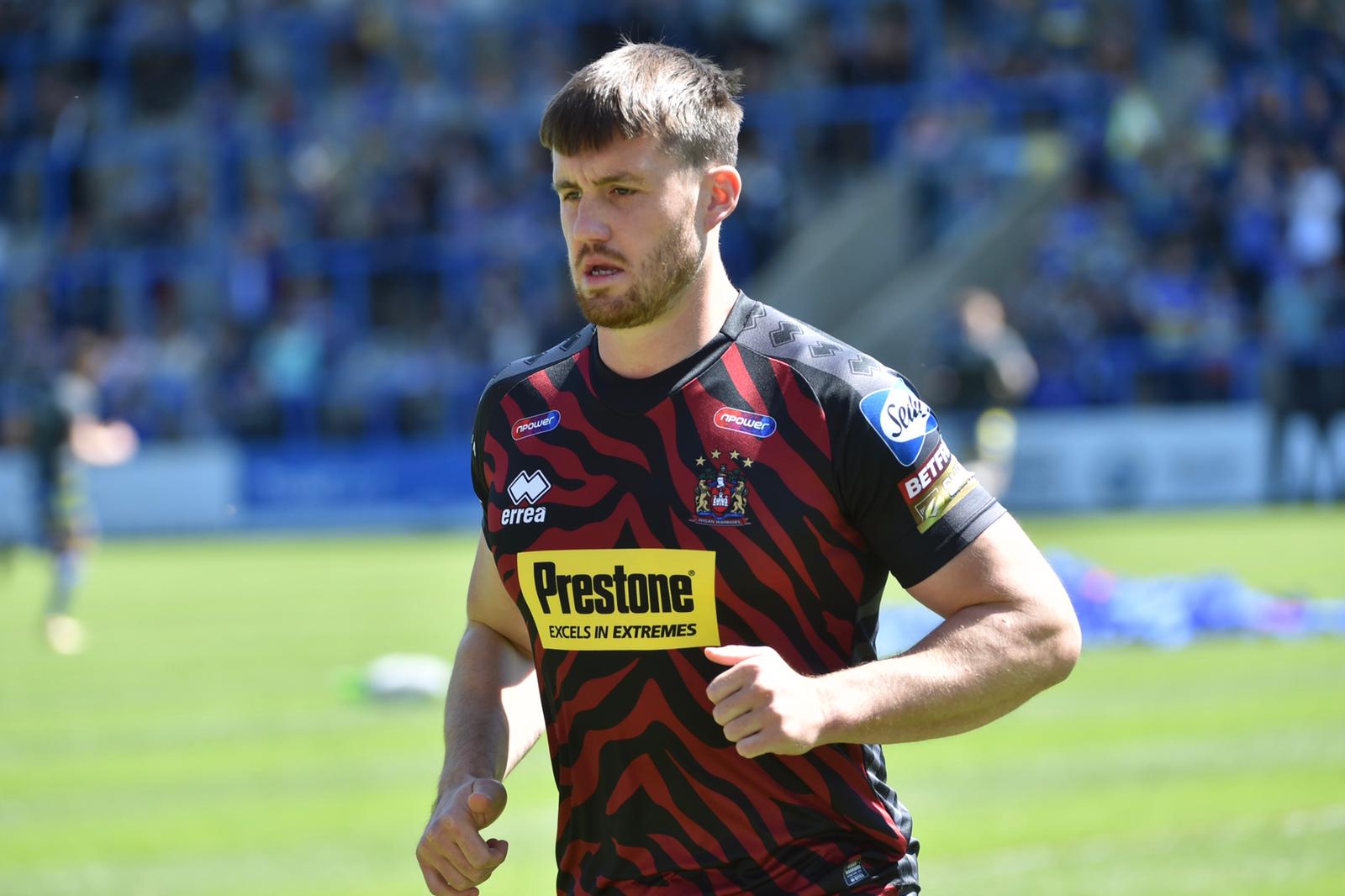 Writing in his ninth blog of 2019, Joe Greenwood talks about his relief of being back in first team training this week ahead of Friday night’s Betfred Super League trip to Huddersfield, after three weeks of recovering from another injury setback.

It’s been a while since my last blog as I’ve been out with injury.

After recovering from a knee injury, I picked up in the game against Catalans Dragons at the Camp Nou last month, I popped by AC joint and my rib cartilage at the same time against Warrington at the Magic Weekend at Anfield.

Consequently, I’ve been out for a couple of weeks trying to get back. This week, I’ve had my first few days back with the lads on the field and I’m really happy and forward for the rest of the week. 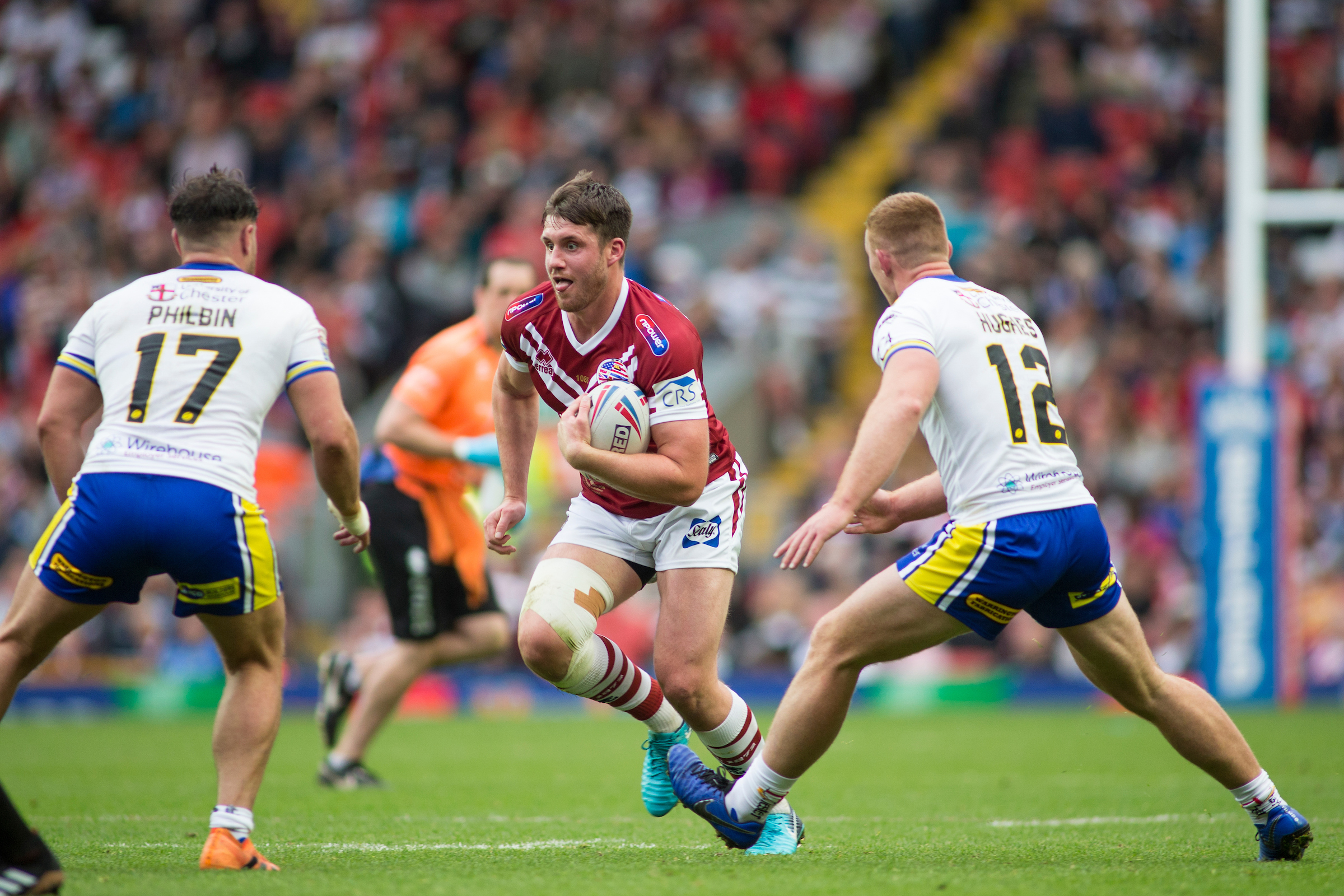 It’s massively frustrating being on the side-lines and having to train away from the lads. It was tough watching them and having to do my own thing to get fit. This is my ninth season now in the game and in some years, you go without injuries and in some you pull up all the time with little niggles here and there.

It’s part of the sport though and hopefully now I can be in contention for this week, as I’ve been working hard with the physios. I know it’s difficult having been out for a few weeks and with two consecutive wins, but I’m determined to get back into the starting 13 and retain my place.

I watched the Hull KR and Leeds away games closely. Hull KR was a really tight game and going up there away is always tough, as we saw with Warrington getting beat at the weekend, but we did well to grind out that much needed result.

😍 It’s been some week for Tony Clubb! pic.twitter.com/b2RulN7Kvg

I was buzzing for Ollie (Partington) as he got his first try for the Club. He’s being going really well this year. All of our young players have stepped up this season and for him to get his first try for his hometown club was fantastic to see. You can tell what it meant to him with his celebration!

He’ll go a long way in his career if he keeps doing what he’s doing.

There’s a lot of positivity in the camp and we’ve got three games coming up in Huddersfield, Salford and Hull KR where we feel we can pick up maximum points, which will stand us in good stead for the remainder of the season.

😁 All smiles in preparation for Friday’s game against Huddersfield. pic.twitter.com/2QYn0DmXQs

Huddersfield have been hot and cold this year. They’ve got a few injuries and key players out, but we looked at them when they played at Anfield and they blew Hull FC away, so when they’re on, they’re on.

They’re going into Friday’s game off the back of a heavy defeat to St Helens and we know we have to turn up with the correct mentality, as they will be wanted to respond from last week.

We need to rip into them and not give them any confidence of playing, because if they get a sniff of any then it will be a long night. We need to be on our game and if we are, we will come out on top. We have to make sure we make good contacts in our defence and off the back of that it’s about letting the backs do their thing.

It’s getting to the main part of the season, where the table is starting take shape and teams are battling it out to move higher than one another. Teams are cementing spots near the top, so it’s our job to keep ticking off the wins and climb into the top five.

That’s it for this week.