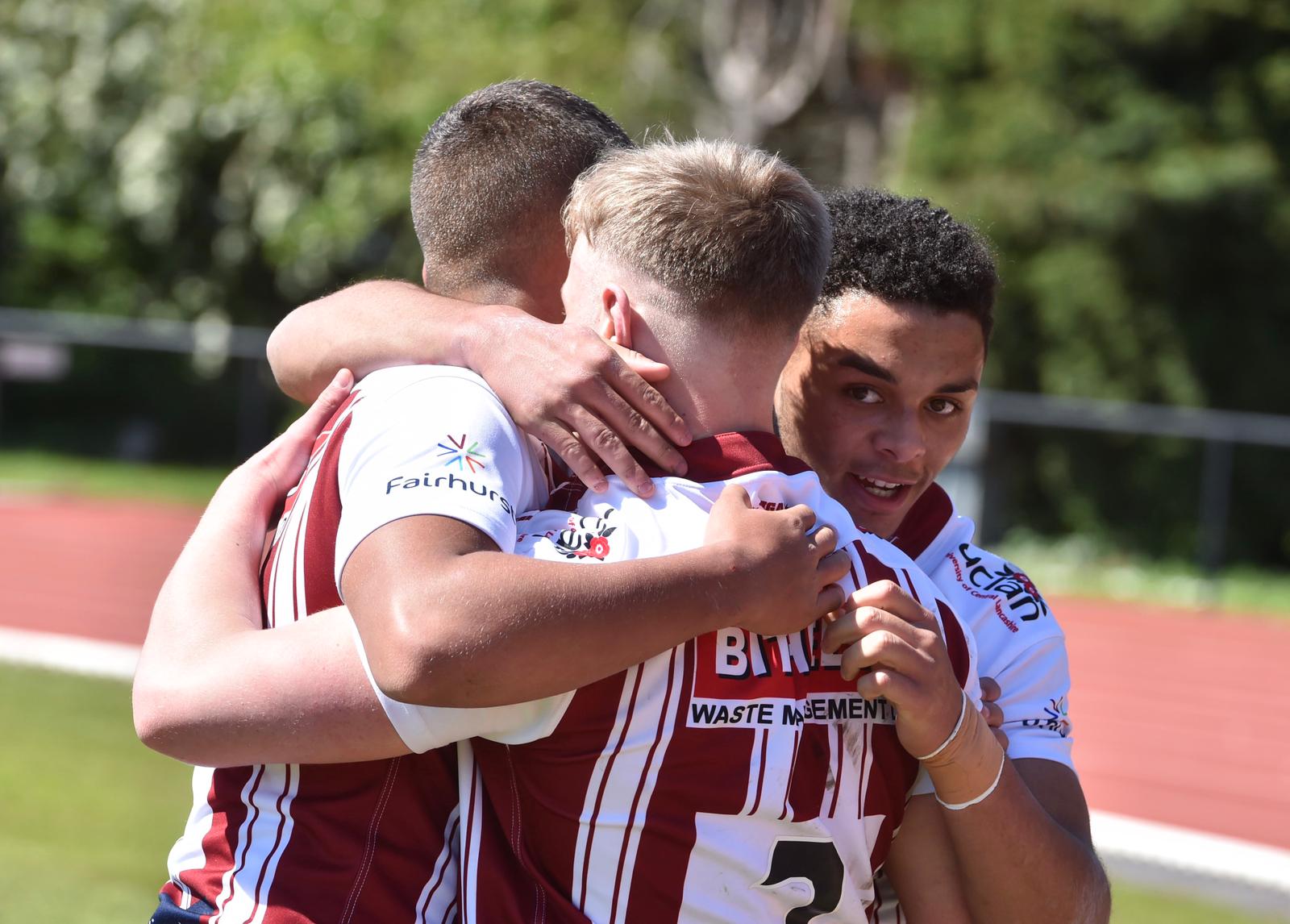 Wigan Warriors Under-19s moved two points clear at the top of the Super League after playing a full second half with 12 men to beat City of Hull Academy on Saturday.

Despite a first half efforts from McDonnell, the Warriors trailed at the break and were a man down as Ethan Havard was sent off in the 36th-minute.

Shane Eccles’ side fought back though and gained the two points to edge ahead of Leeds Rhinos and St Helens at the top of the league with their ninth win in ten games.

A McDonnell touch down and Smith goal gave Wigan the lead after 16 minutes, but tries from Adam Rooks, Jack Brown and Will Tate as well as three successful conversions by Jude Ferreira put Hull in the driving seat.

McDonnell was shown a yellow card six minutes before Havard was sent off. The Warriors were 18-6 behind at half-time.

But a moment of individual skill from Hanley stimulated the Warriors in the second half as tries from McDonnell, Rushton, Tyrer, Cooper and Smith saw the visitors steam in front.

Hull’s Ferreira claimed some consolation late on, but it was Wigan who went home with the points after a 24-38 win.

After the game, Head Coach Eccles said: “We knew it would be tough travelling to Hull against a team who have hit some form recently.

“Alongside that we also had a number of players unavailable through bans, injuries and illness, however this provided a great opportunity for some other players to stake a claim which is what academy rugby is all about.

“We started well in the first half and looked like we were controlling the game, however errors and penalties put us under pressure.

“The sin bin and red card made an already difficult task even harder, but it was a situation where we could see which players have the character of a Wigan player and could deal with the pressure.

“From the kick off we got the exact response we were hoping for and we saw a dominant display in the second half. The lads were in a tough situation and displayed a very good team performance to react and earn the victory.

“This type of game is where we learn a lot about the players and also the players also learn lessons about how to deal with difficult situations.

“I thought Harry Smith in particular was instrumental in controlling the game and keeping the players calm when under pressure.”

Next up for the young Warriors is Widnes Vikings at the Robin Park Arena on Saturday 1st June, 12:30pm kick-off.