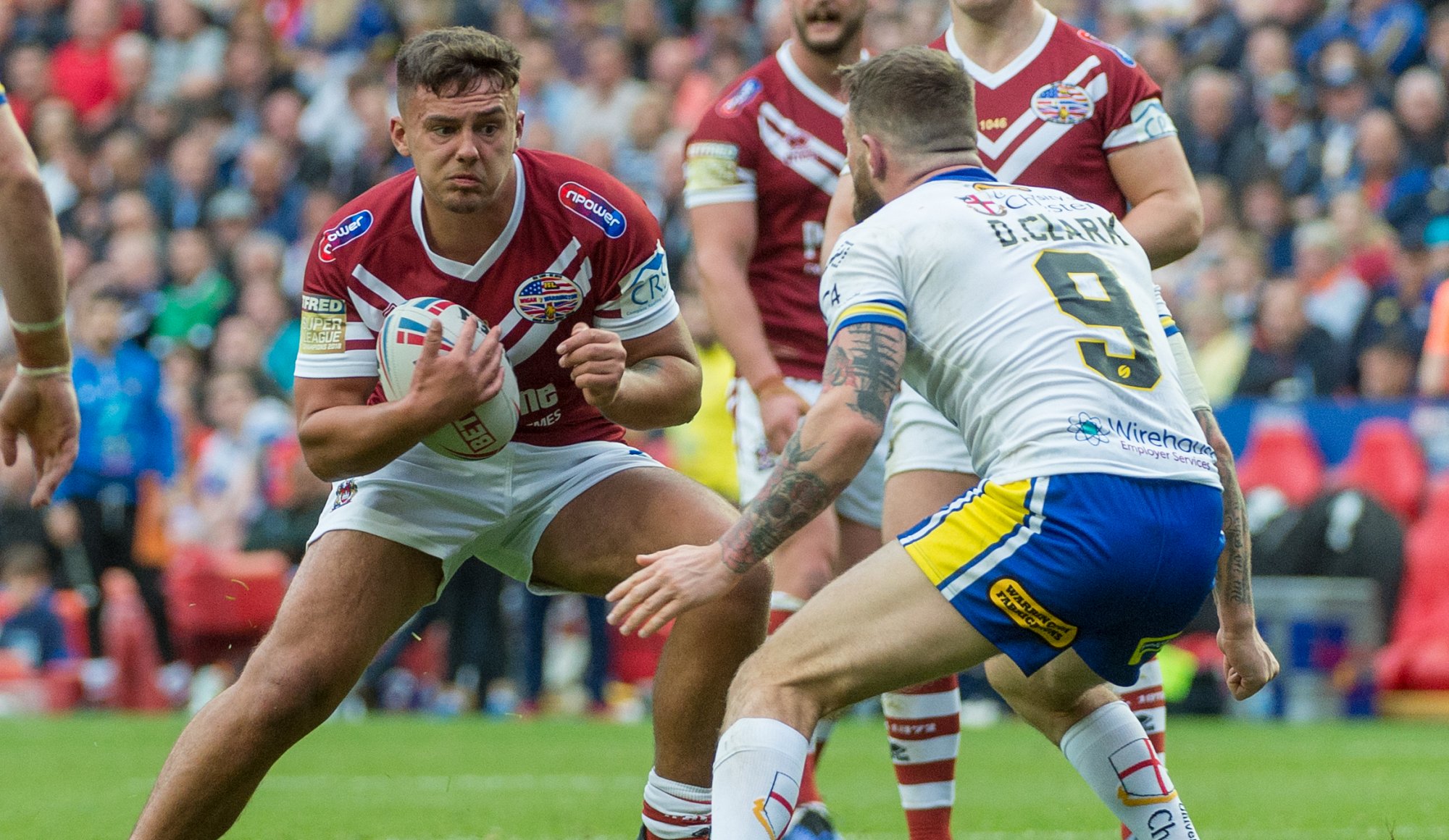 Ollie Partington believes Saturday’s result against Warrington is not a reflection of what occurred on the Anfield pitch at the Dacia Magic Weekend.

Wigan Warriors were defeated 14-26 by the Wolves in Liverpool and 20-year-old Partington says the disappointment in the dressing room after the game was more with the result than the performance.

He said: “There were a few sore bodies after that. It was a tough game and I don’t think the result reflected what happened on the pitch.

“We felt like we were getting back into it in the second half. There were a few mistakes, but it was their two breakaway tries that ultimately won them the game.

“We’re disappointed with the result but not with the performance.”

A boyhood Liverpool FC fan, Partington shared his delight of playing at Anfield.

The forward said: “It was mad. You watch games on TV, and it was unbelievable to step foot on the pitch myself and play in front of the Kop Stand.

“Both fans created a great atmosphere and it was amazing to see our supporters in the Kop end.”

The Warriors now have two weeks to prepare until their next Betfred Super League game at Hull KR and Partington admits the extra week will be beneficial to his side.

“We have to strip back on everything and look at what we’ve done right and wrong in this game and build on those things.

“We’re going in the right direction and I’m sure the results will come soon.

“It will be a long week of reflection next week and then we’ll be straight into Hull KR for the game in two weeks.”

UP NEXT for @WiganWarriorsRL it's a trip out east...