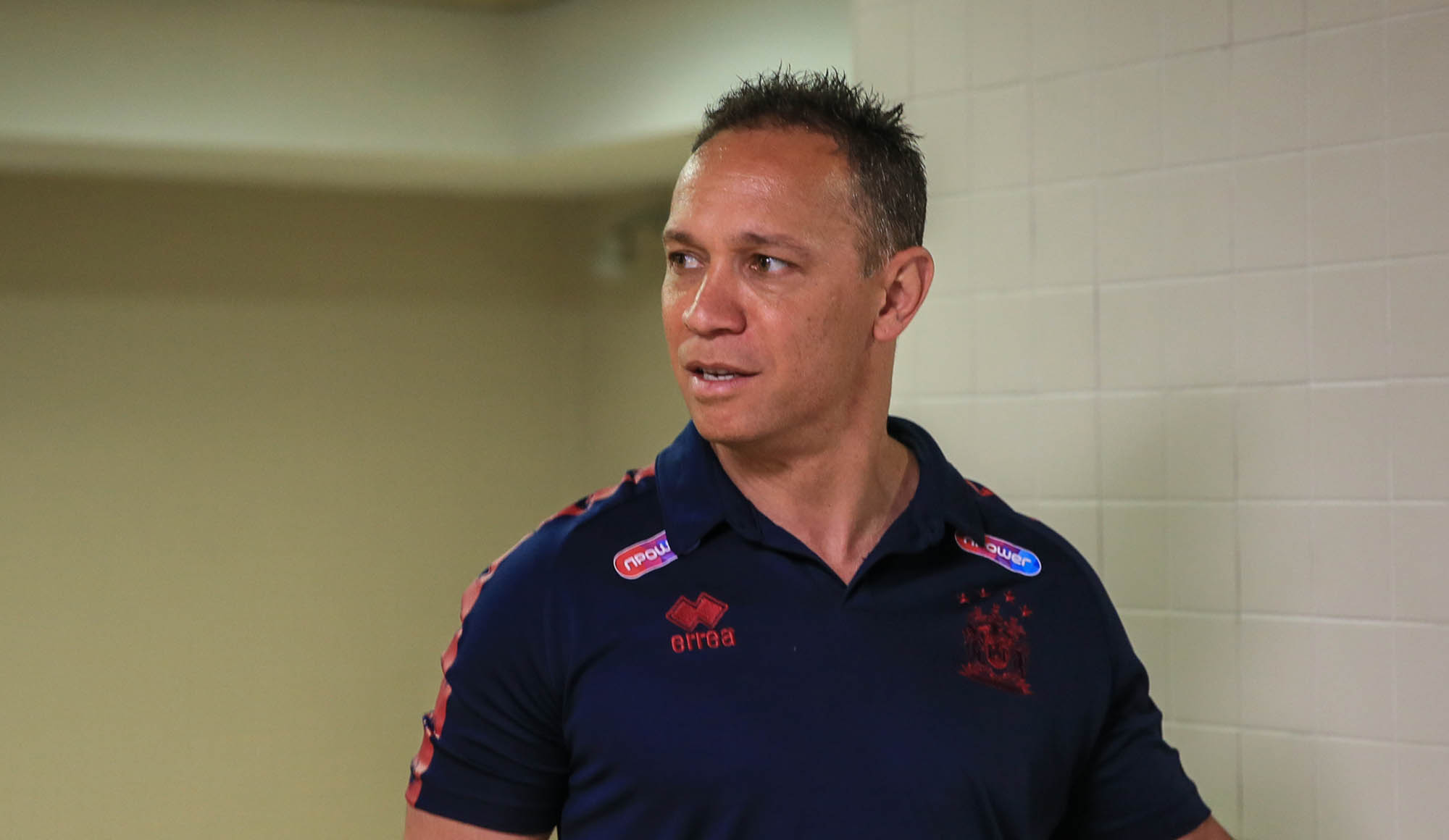 Wigan Warriors Head Coach Adrian Lam believes his side were ‘courageous’ despite their defeat in a physical encounter against Warrington Wolves at Anfield.

Reacting to the result, Lam said: “I’m really proud of the boys, I thought they were courageous. I thought we gave everything for 60 minutes and then a decision against us really flipped the whole game.”

“I’m disappointed with that because I just feel that, a decision is made where it’s a knock-on when a player is injured and puts the ball down on the ground.

“We had momentum, even if he didn’t give the penalty it still should’ve been our ball because a player was injured, it shouldn’t have been a knock-on.”

Lam went on to praise his sides efforts: “I thought that was the best defensive display we’ve had this year bar that one effort through the middle of the ruck where (Blake) Austin got the break.

He added: “Both Warrington and Wigan were really flat last week, coming off the back of the toughness of the Challenge Cup tie the week before. That took a fair bit out of us, but if we can exert that energy into every game I think we’ll get back to winning.”

The Warriors lost Joe Greenwood in the game, with Ben Flower also going off. Giving an injury update, Lam said: “Benny Flower was sick, and not feeling well.

“Joe Greenwood I think he may have broken his ribs; he’s gone to hospital now so we’ll know more in the coming days, but the positive is how we respond. We should have some names back on board for the next game.”

The Wigan Head Coach summarised by recognising the benefits of the Magic Weekend event: “I’ve loved it, it’s exactly what Rugby League needs, not just Super League but it’s promotion right across the World and it’s the exposure that the game thrives off.

“It’s a Rugby League festival that’s spread around town, got exposure to non-rugby league supporters. To see all the teams coming today and tomorrow, it’s testament to Super League.”