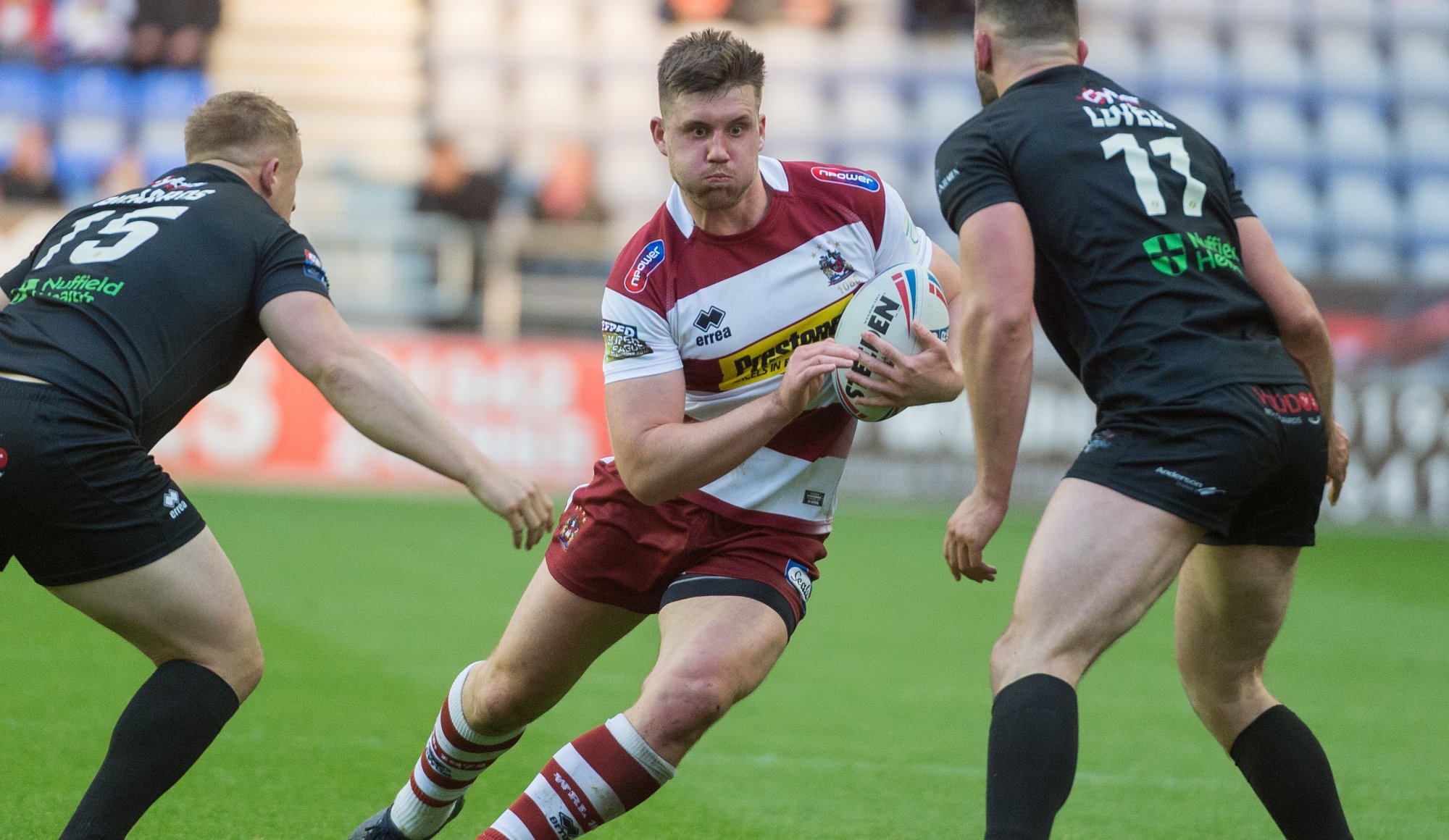 Writing in his eighth blog of 2019, Joe Greenwood looks back on a ‘turning point’ in Wigan’s season, previews Sunday’s Coral Challenge Cup meeting with Warrington and reveals rugby league is not the only sport he plays.

Hello everyone, hope you’re all okay!

In the last two weeks, we have beaten Castleford Tigers and London Broncos at home - they were massive wins for us. They weren’t pretty but we’ll take both of them, no matter how we did it. Our fans always get behind us at the DW and we want to turn it into a fortress for the rest of the season.

We wanted to defend solidly for full 80 minutes and not give an advantage to the opposition or letting them have a taste of the try line and I think we did that against Castleford and London. 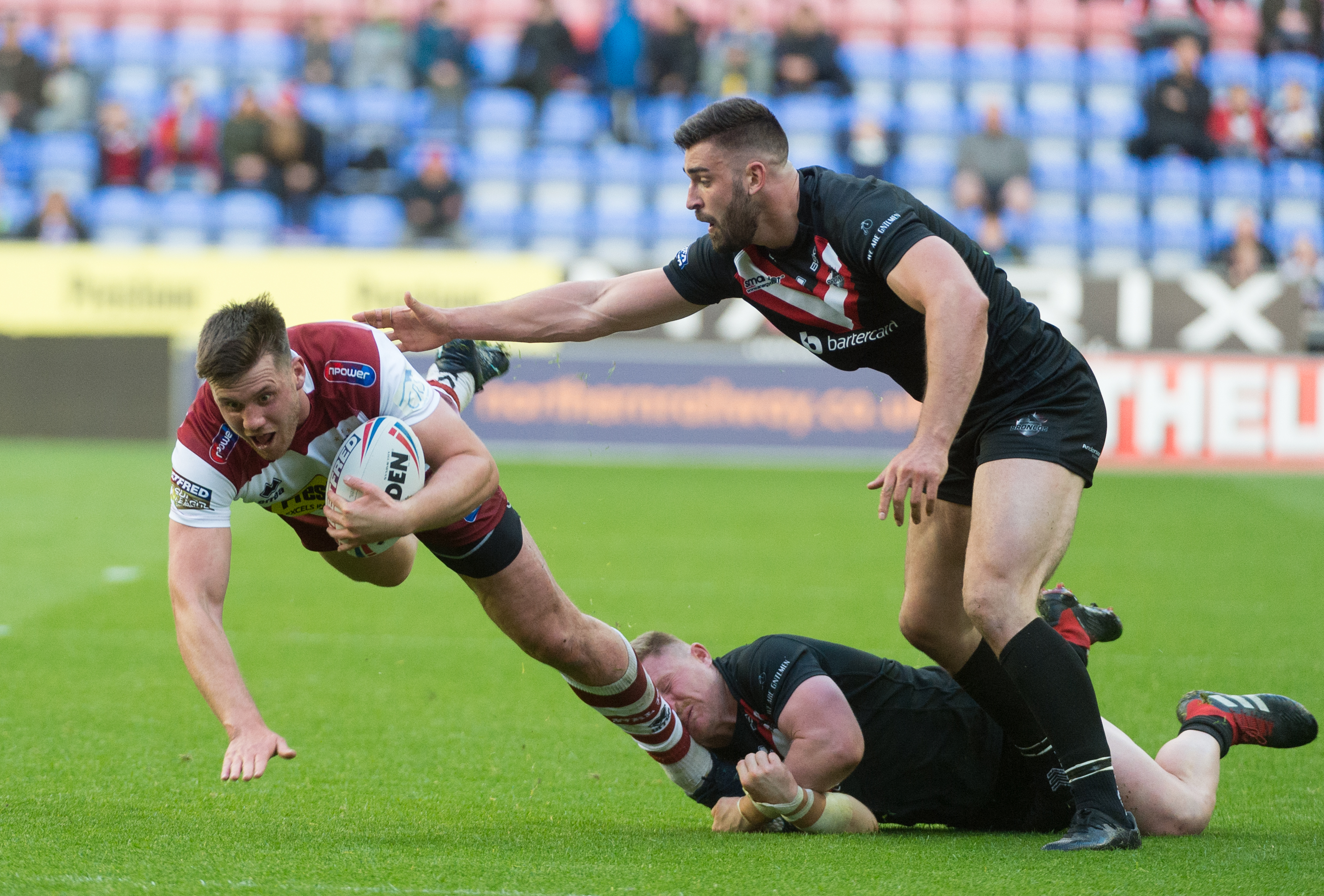 We said before the games that they could be the turning point in our season. We’ve nailed down our defence and we’re putting things into perspective in what Lammy (Adrian Lam) wants us to do in terms of field positions and structure.

Everyone is on board and hopefully the pitches will become dry in the next few weeks which will be beneficial to our backs in how we want to attack teams.

Now our attention switches to the Challenge Cup round six tie at Warrington Wolves on Sunday.

After the London game, Lammy gave us three days off to spend with our families to freshen up after we played four games in 13 days. There was a lot of tired bodies, so we had a short rest and came back in training on Monday.

Wigan music artist MC Finchy came to visit the squad at the training ground and he got us back into the swing of things in the gym!

@themcfinchy on the decks this morning for the lads. Good pick up for a bank holiday Monday #naughtytunes 😎

We feel like we are on track and we will keep building and prepare every day until Sunday.

Next Saturday, we will play Catalans Dragons in Super League at the Camp Nou, Barcelona.

What an epic piece of Super League history this one is going to be next week! 🙌🏉

It’s a strange feeling knowing the prospect of playing at the Camp Nou. I don’t think many of us in the squad have been before, including myself, and I can’t wait, although it might sound daft, to take in the scenery of the stadium.

I’m nervous but I’m looking forward to it and it’s something different. It’s about trying to grow the game which is great, and I know Barcelona are trying to put a word out to their fans too.

🙌 This May, experience something unique in the Camp Nou! We're waiting for you!
📍 Camp Nou
📅 18/05 4.30pm
🏉 @DragonsOfficiel v @WiganWarriorsRL
🎟 https://t.co/WwWzgYXBIY pic.twitter.com/0372qGPrJW

Rugby League has never been played there before so hopefully we can turn some heads of the football supporters and they can enjoy what Super League has to offer. I know a lot of the Wigan fans are coming over too which will be fantastic to see.

We then face Warrington in the Magic Weekend at Anfield, Liverpool. It’ll be my second time at Anfield after I went there with England in October for the test series against New Zealand. The facilities are unreal and it’s an iconic stadium. Hopefully it can be filled out over the weekend from fans from all over the rugby league world!

🍒⚪️ In just a few weeks @WiganWarriorsRL will take to the Anfield pitch to face Warrington, make sure you're there!

Let’s take a look at some of the questions you, the fans, sent in on Instagram for this week’s blog…

Elaine Halliwell – How do you like to relax away from rugby league?

My two main hobbies away from rugby are playing golf or dog walking. They both clear my mind and they allow me to get refreshed. Sometimes you need to get away and them two hobbies are my biggest relaxations.

Jakey Hewlett – If you wasn’t playing second row, what other position would you play?

I love my position but probably a winger or a full-back. They’re glory hunters as they score so many tries. I’m not quick enough though and wouldn’t have the pace to be a back… I’m slow!

Leah Ryan – Do you think being so tall make a better player?

I’m saying no. It’s all the little players who you can’t see running at you! Players like myself have probably got the advantage of offloading and reaching out towards the line, similar to how I got one of my two tries against Salford Red Devils a few weeks ago.

There’s pros and cons with it but I don’t mind being a bit taller, especially when I go to festivals as you can see everyone!

Kyle Ashcroft – What advice would you give any young forward learning the game?

I would say enjoy it. You never know what sport might bring to you in life in the future. If you enjoy rugby league, it will take care of itself and the game will look after you. It’s all I ever wanted to do since I was young. 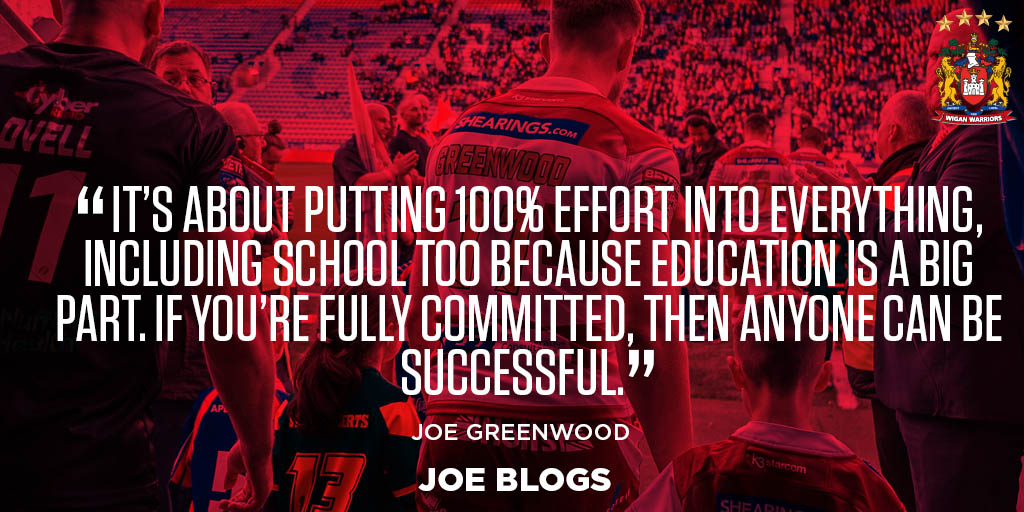 Ewan Lawrenson – How did you think you improved by going over to the NRL?

I felt like I improved massively with core skill and my reading of the game too. It was a life experience too, which I think brought me on as a player. It has allowed me to become a leader to younger players in the Wigan squad. I’ve learnt so much and I feel I have come out of my younger stages and have started to mature in life in general.