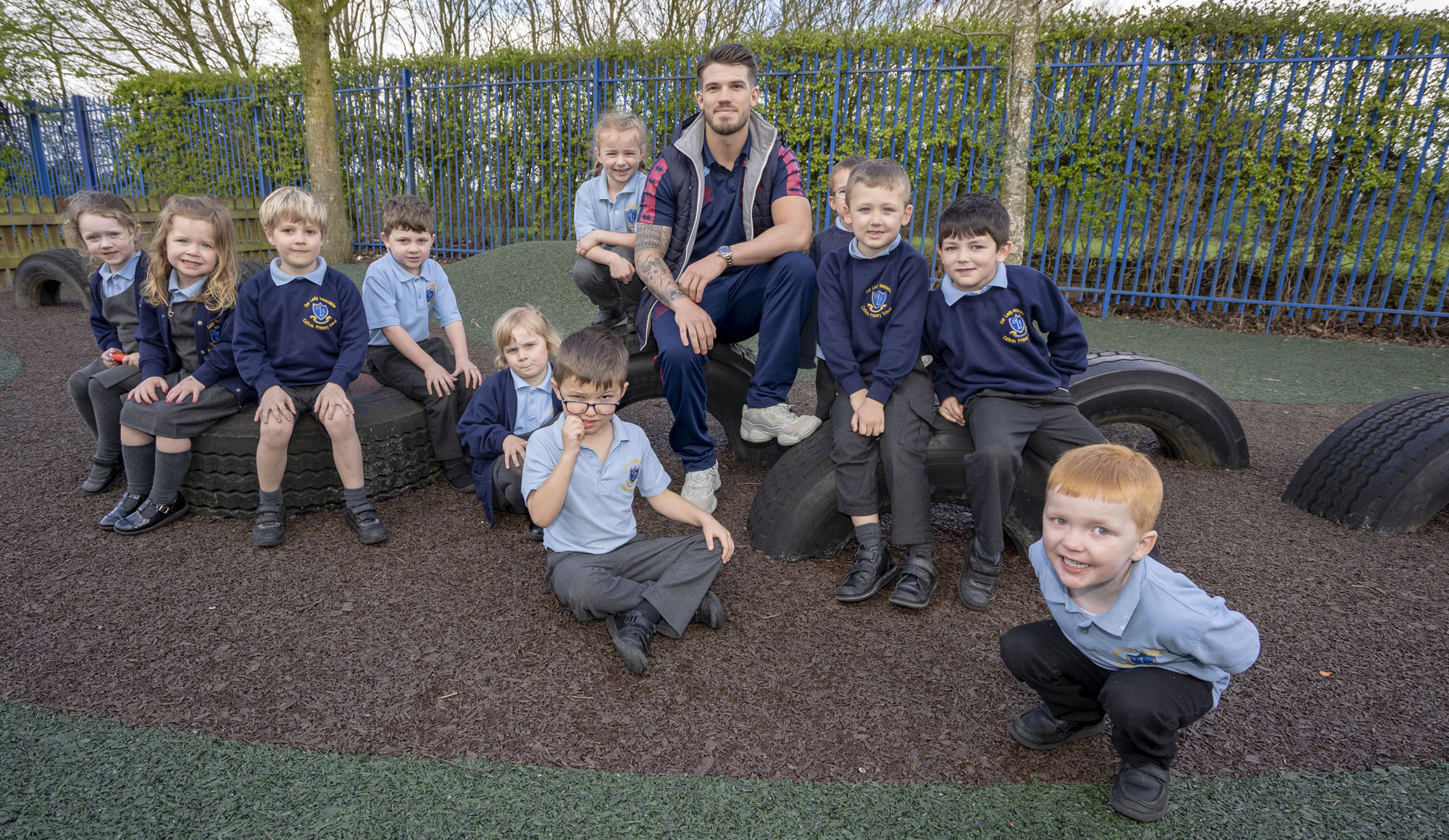 Gildart, 22, grew up in Wigan and attended Our Lady Immaculate Primary School. The opening of the new playground at his old school is hoped to not just improve physical activity in the pupils, but also help inspire the next generation of potential athletes to follow in the Wigan centre’s footsteps.

On visiting his old school, Gildart said, “It was great to come back, It’s been a fair few years since I’ve been here and it’s great to see some familiar faces.”

On the new facilities: “I wish I had these, it might have tired me out a bit more and my mum would have been happy [he joked], but it’s great to see the school have facilities like this and it’s going to be beneficial for the kids.”

One of the hopes of the new facilities is to inspire more children to get involved in playing sport, something which Gildart said he believes is important.

“I remember when I was in school we had Sam Tomkins come in so you don’t know what the future holds and maybe I’ll be playing with a few of these lads.”

The children of Our Lady Immaculate Primary School were given a number of options on improvements to the school’s facilities and decided themselves that a new playground was something they’d like to have most. A pupil committee group then helped with the design and layout of the playground before it was built. 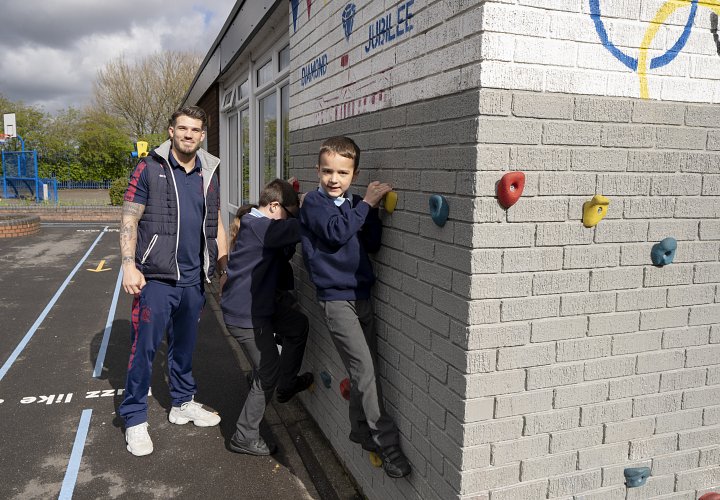 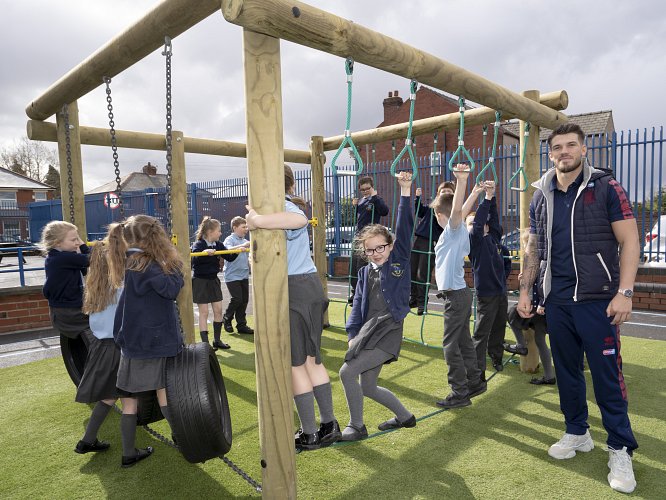 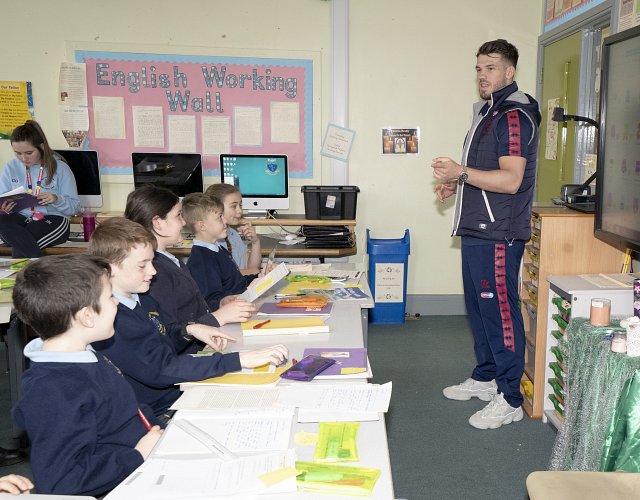 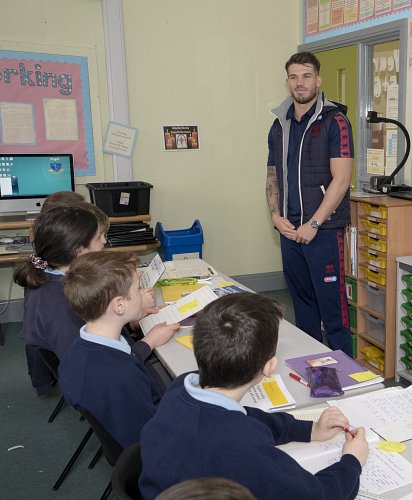 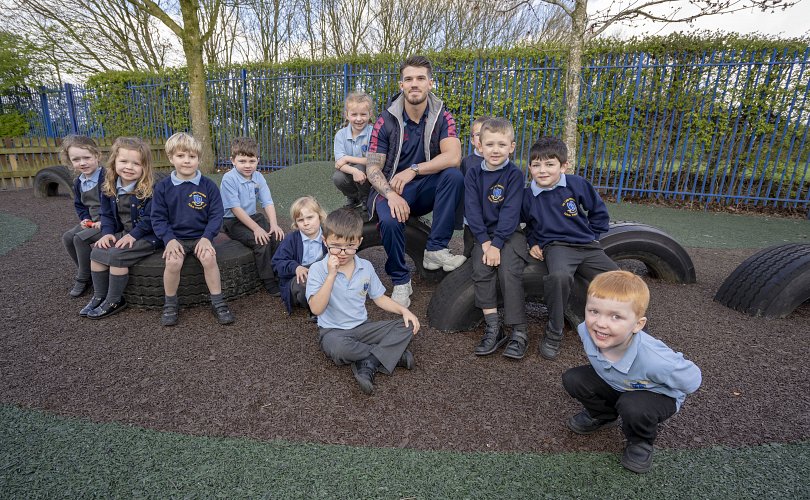