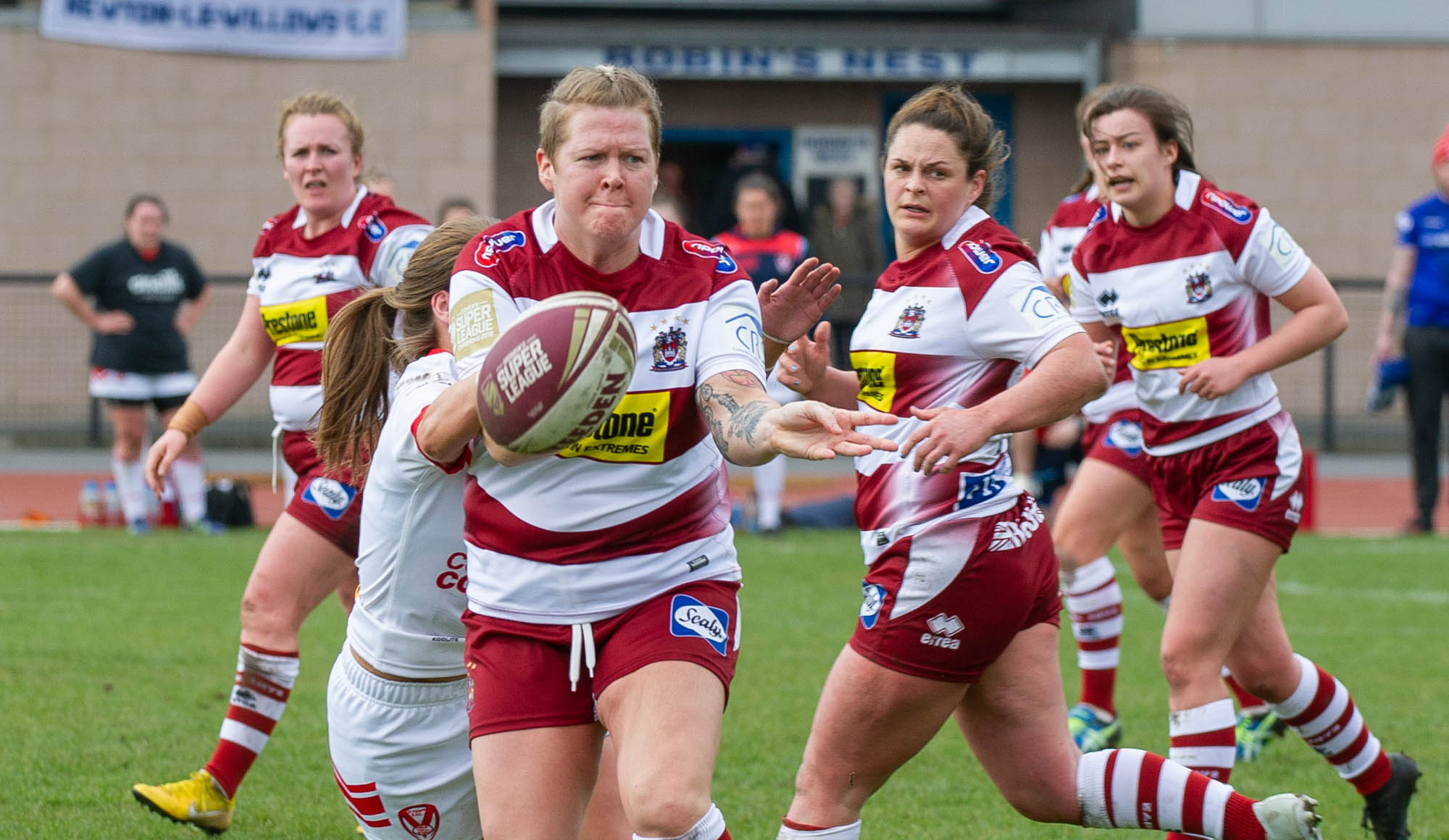 Wigan Women registered their first win of the Season as they put on a professional and controlled display to defeat York City Knights Ladies 62-0 on the road.

Wigan made a shakey start to the match, a pass out on the right wing intercepted by York, who looked to race away but a big hit by McMullan put the Knights into touch and Wigan had the head and feed. They tried to take advantage; Sarah Harrison came up just short before Vicky Molyneux was held up.

Wigan got their reward in the 7th minute. York were penalised for obstruction to give Wigan the scrum 20m out, the ball shifting from Walsh to Molyneux to send Wilson over for the first of the game. Wigan were in again a few minutes later, Rachel Thompson latching onto a quick pass from Greenfield to go over, putting Wigan 8-0 to the good.

York looked to make some ground in the 21st minute, as they crept up to the half way line but they coughed up the ball and Wigan made the most of it again, Wilson helping herself to a second try in the 25th minute, the effort converted by McMullan for 14-0. Wigan extended their lead and Rachel Thompson completed a first half hat-trick with some good work down the left to put Wigan 26-0 ahead at the half time hooter.

The Warriors started the second half just as confident as the first, Rachel Thompson was looking to extend her personally tally but the effort was pulled back for a forward pass. Amanda Sibbald went over in the 47th minute though, the second rower dashing through a gap and evading her defenders to slam the ball down over the whitewash, McMullan converting for 32-0.

York had a good chance as they put the Wigan back line under pressure in the 60th minute, testing Christina Tully at full-back to force a drop out. The home side couldn’t put the sting in though and Wigan headed up the other end. Wigan hit back with two further tries, Gemma Walsh going over from dummy half and Sarah Harrison latching onto a pass to get on the scoresheet, Wigan up to 44-0 with fifteen minutes left on the clock.

The Warriors extended their lead in the 69th minute, Megan Grace-Holding getting her first try in Cherry & White to put Wigan 50-0 up. Rachel Thompson got her fourth of the afternoon, taking advantage of the overlap on the left edge, McMullan getting her 8th conversion of the afternoon to notch the Warriors up to 56-0. Vicky Molyneux went over with a few minutes remaining, completing Wigan’s 11th try of the afternoon and putting them 62-0 ahead.