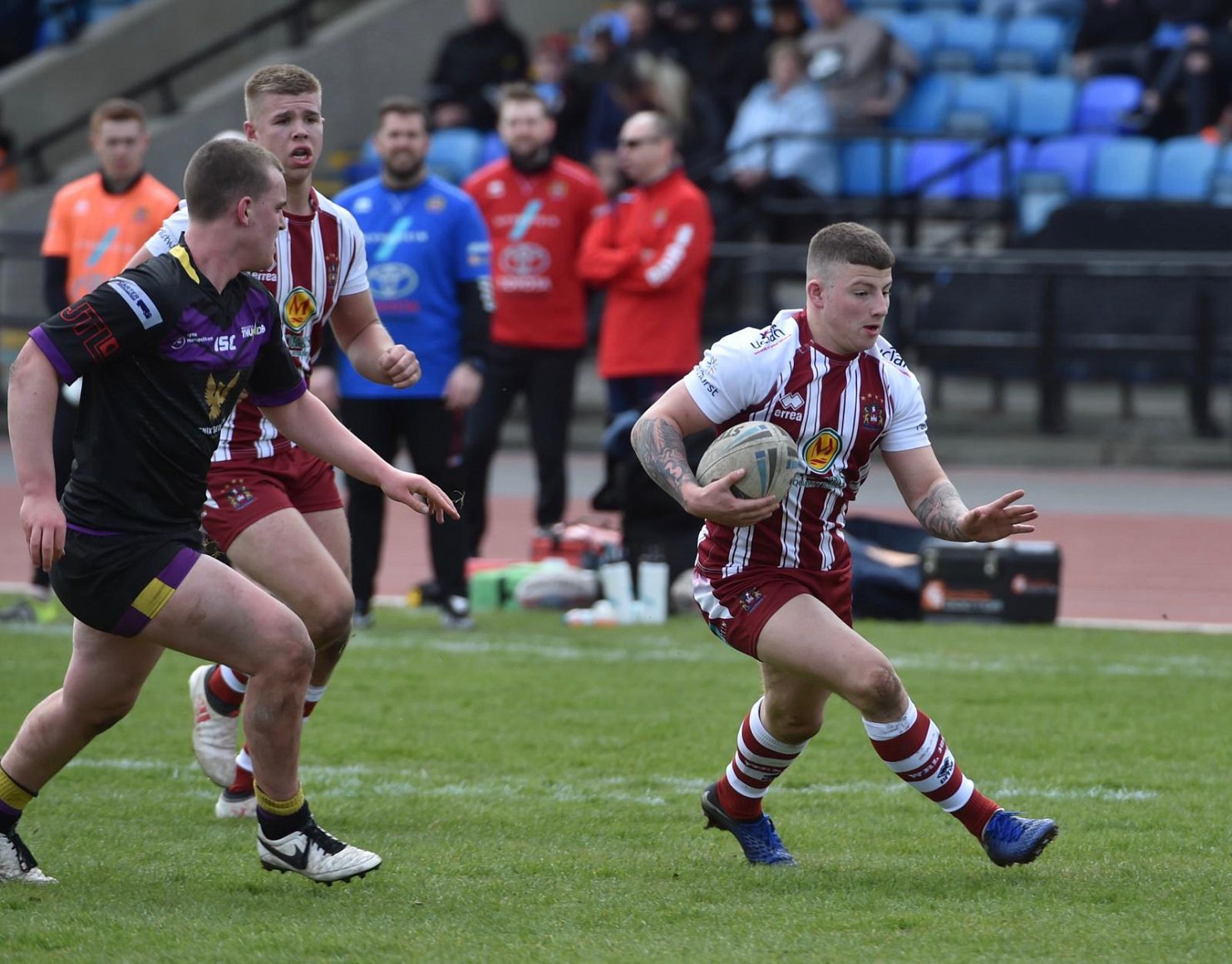 Wigan Warriors Under-19s suffered their first defeat of the season, as Leeds Rhinos staged a second half comeback to win 18-16 at Emerald Headingley.

Tries from Max Roberts, Brad O’Neill and Ryan Forshaw were not enough for the Warriors to continue their six-game unbeaten run, as a late try from Jack Broadbent gave the home side the victory.

Nine minutes into the game, Wigan were reduced to 12 men for ten minutes, after Joe Shorrocks was shown a yellow card for a late tackle.

That sin-bin did not hinder the Warriors though, as they managed to stop a number of Leeds attacks.

Upon returning to the field, Shorrocks made an impact, as he assisted Roberts who touched down in the 23rd minute to put Wigan ahead. Shorrocks added the two.

The visitors doubled their lead ten minutes later, as O’Neill powered over with Shorrocks converting the kick to make it 12-0 at half time.

After the break, Leeds grabbed one back as Tyler Dupree stretched to ground the ball down.

Wigan extended their lead soon after as Forshaw forced his way over, but Shorrocks’ kick hit the post.

Conceding a third didn’t dampen the Rhinos’ spirits, as Harvey Spence found space out wide after a surging run from Muizz Mustapha in the build-up. With Spence successfully converting a tough kick via the post, the score stood at 16-12 with 15 minutes left on the clock.

The home side took the lead for the first time in the 74th minute, as Broadbent picked up a dropped ball and ran the length of the field to touch down.

The Cherry and Whites came close to grabbing a last-gasp winner, but O’Neill was unable to successfully ground the ball.

Unfortunately, that was the last chance for Shane Eccles’ side, as the game ended 18-16 and the Warriors lost for the first time this campaign.

Wigan and Leeds now sit on 12 points from seven games, but the Warriors drop down to second following St Helens’ victory over Widnes Vikings.

Next up for Wigan is a trip to Bradford Bulls on Wednesday 1 May at 7:45pm.

After the game, Wigan Head Coach, Eccles, said: “It was a tough result to take for the players. We knew it was going to be a hard test and we had good preparation for the game.

“There were some good spells in the game where we looked in control and there were also some periods where we made some errors and Leeds took advantage of them.

“It is a good challenge for us now to look at what areas we can improve in. We get the chance to work on some video tomorrow and get ready for another tough game at Bradford on Wednesday.”