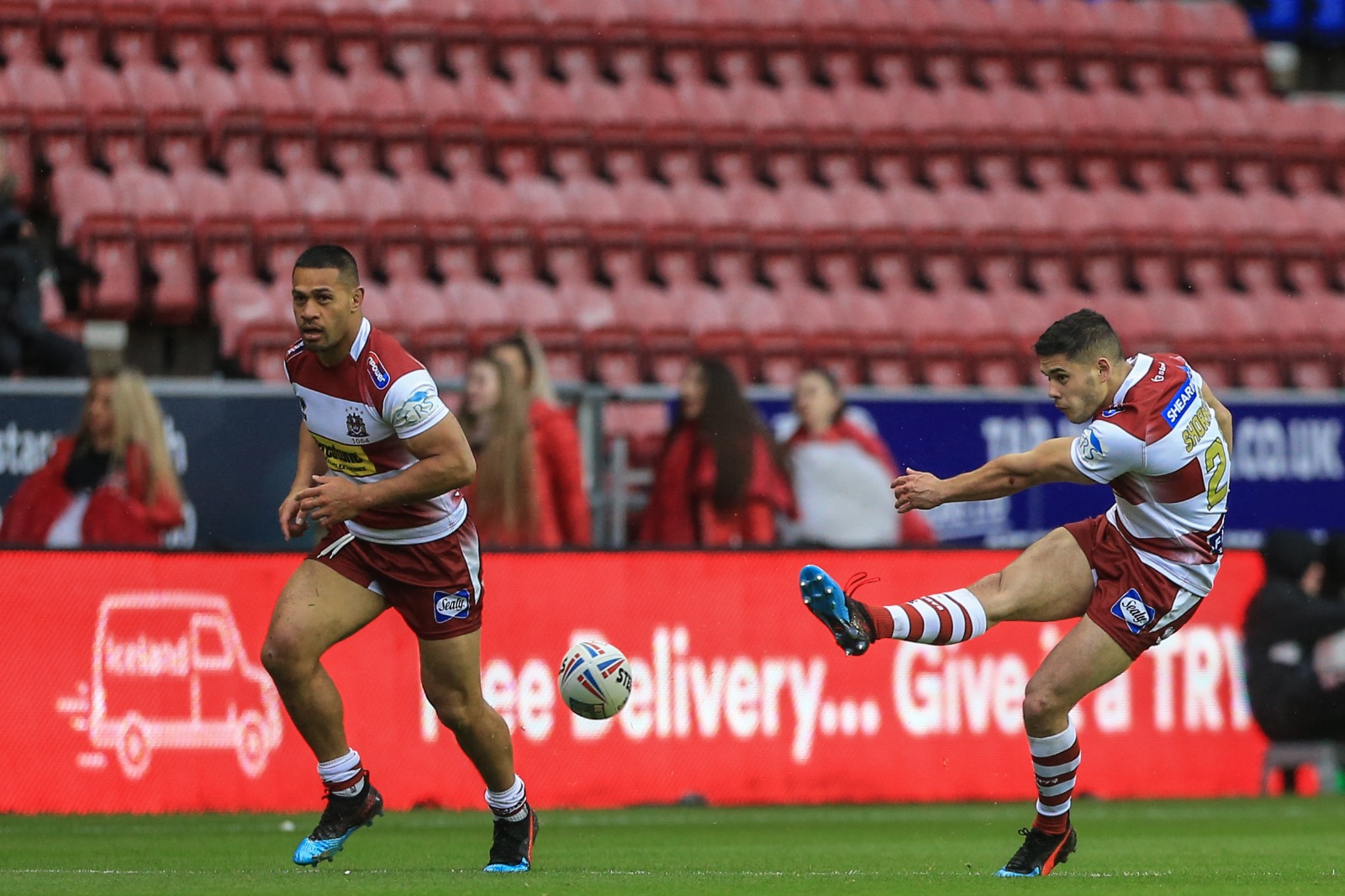 Jake Shorrocks was pleased with how Wigan Warriors adapted to Saturday’s adverse weather conditions at the DW Stadium.

The scrum-half admitted his side’s game management in the wind and rain was the key factor in the 6-4 win over Castleford Tigers.

The 23-year-old played a pivotal part alongside fellow half-back, George Williams, whose kicks provided Wigan with the field possession to allow Sam Powell to touch down for the game’s only try.

Shorrocks said: “It wasn’t pretty. Waking up in the morning and seeing the weather outside, we knew it was going to be that sort of game.

“We didn’t plan for it but I thought we adjusted to it quite well and defended brilliantly.

“It’s not ideal for us as halves, as we can’t throw the ball about the way we would like.

“We have to try and manage the game though and use our kicking game to try and win field possession and we did that.”

The former Wigan St Pats ARLFC junior revealed the focus his side put on their defence in preparation for the game, after a busy Easter schedule.

He stated: “Our defence to not let the opposite team score a try was a big aspect we worked on.

A hard-fought victory in tough conditions. 🌧💨

Two wins on the bounce. ✌️

Climbing up the @SuperLeague table. ⏫

“After the St Helens and Salford games, we had a chat and felt we were conceding too many points, so we’re really happy to have restricted Castleford from conceding a try.

“We knew if we stuck at the little things we were doing right; defending well and kicking towards the corners and restrict the opposition’s metres, then we would eventually fall over the line.

“We did that and we got the points we needed to see out the game.”

Shorrocks commented on Wigan’s recent form, as two consecutive wins has seen Adrian Lam’s team jump up to 8th and just four points off the top four in the Betfred Super League table.

“We spoke about trying to build some momentum and getting points on the board to climb the ladder and we’ve done that in the last two games, which is really pleasing.”