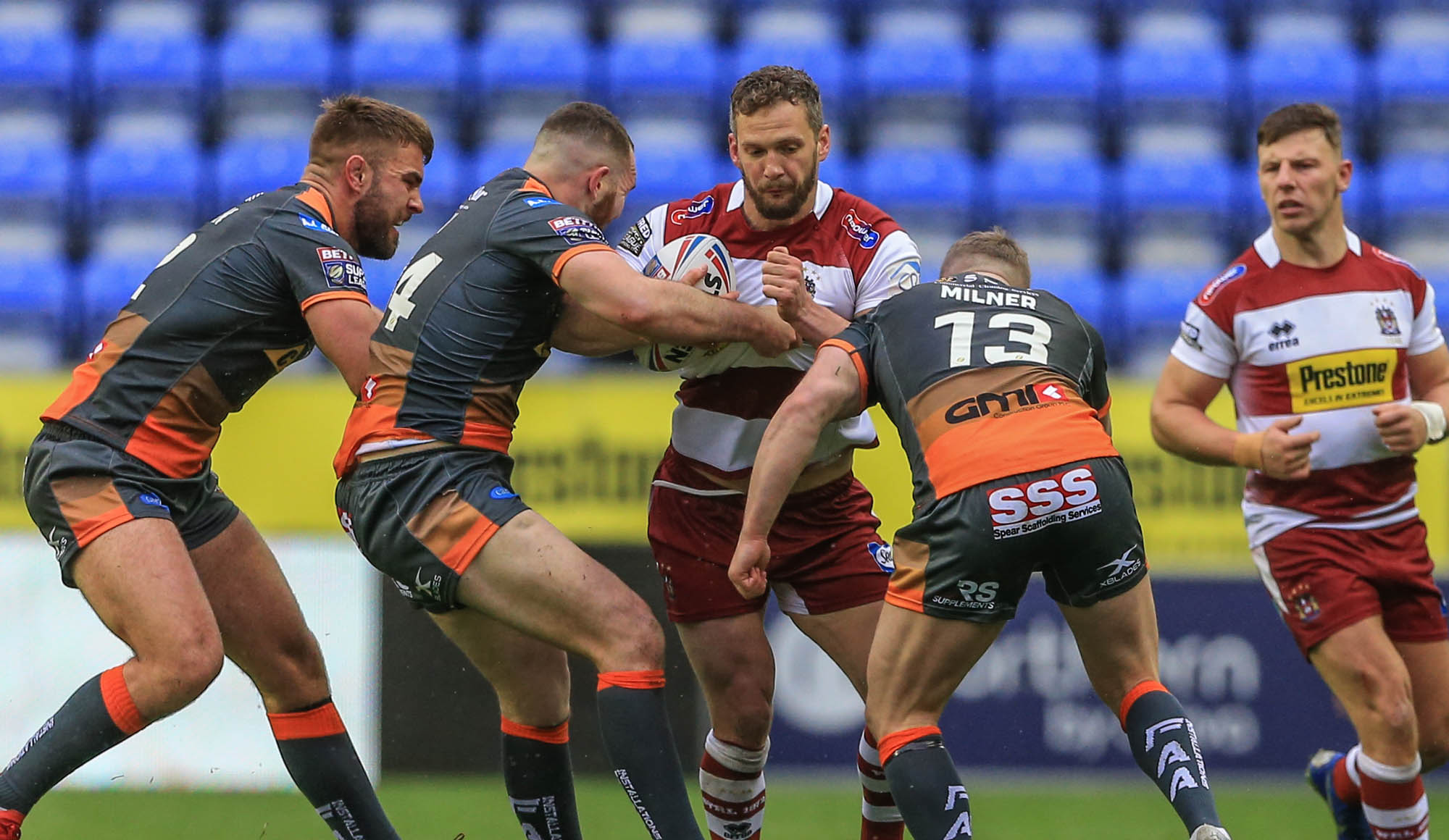 Wigan Warriors came from behind at half time to beat the Castleford Tigers 6-4 at the DW Stadium in tough conditions.

Sam Powell got the only try of the match, with two penalties from Peter Mata’utia being Castleford’s only points.

In a cagey opening quarter, it was the Tigers who had most of the possession, keeping Wigan restricted within their own half.

The tide changed after a forced Castleford knock on gave the Warriors a foothold in the match.

With their first attack of the game, Adrian Lam’s side thought they had taken the lead, but were denied by the video ref.

The first points of the half came through as Castleford kick, as Mata’utia converted a penalty to give his side a 2-0 lead 25 minutes in.

The Tigers came close to a first try, but Wigan remained strong and stopped the visitors from extending their lead.

Daryl Powell’s side were able to add an extra two to their tally as Wigan conceded another penalty within kicking range, which Mata’utia was able to convert again in the 38th minute.

That kick saw the Warriors go into half time trailing 4-0, after a tight opening 40 minutes in difficult conditions.

The second half was more of the same, as the score remained unchanged in the first ten minutes after the break.

Then on the 14th minute the game saw its first try of the evening, as Sam Powell powered his way over the line on the 54th minute to put Wigan ahead 6-4.

Chances remained scarce at both ends, as neither tram caused a major threat.

Bullock came close to extending Wigan’s lead in the 78th minute, but the Castleford defence remained strong and stopped him from going over.

Wigan had a chance to secure the victory in the 74th minute as Burgess found space to run through, but Williams was unable to keep hold of the pass to claim the try.

Despite some late pressure from the Tigers, both sides were unable to add any more points, it was the Warriors who came away with a 6-4 victory after a tough 80 minutes. 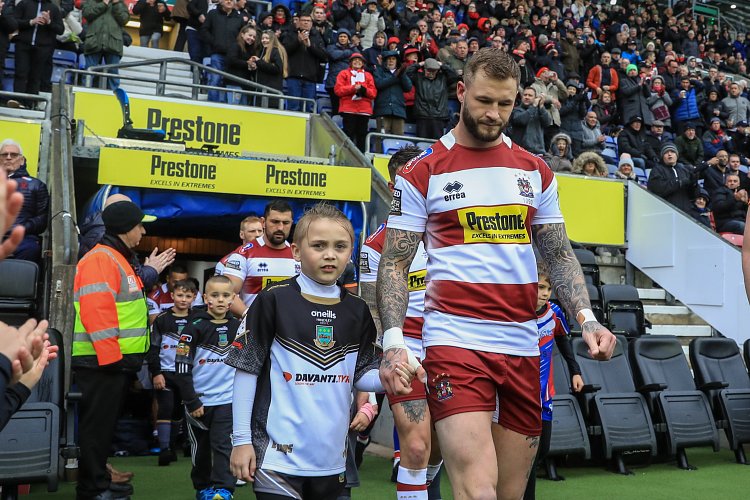 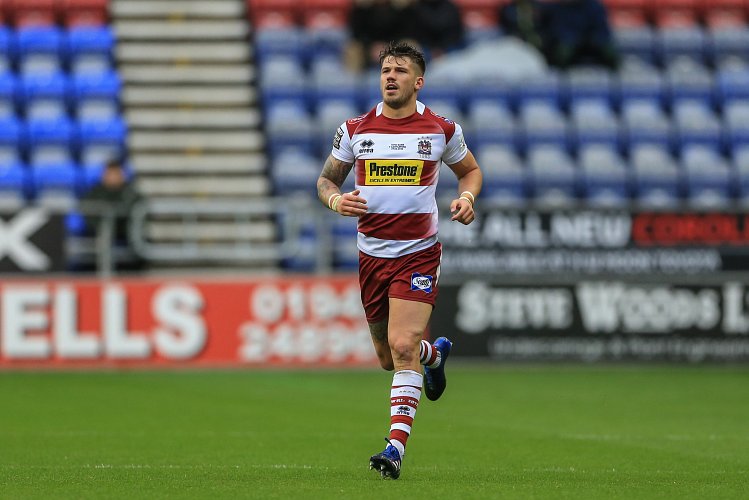 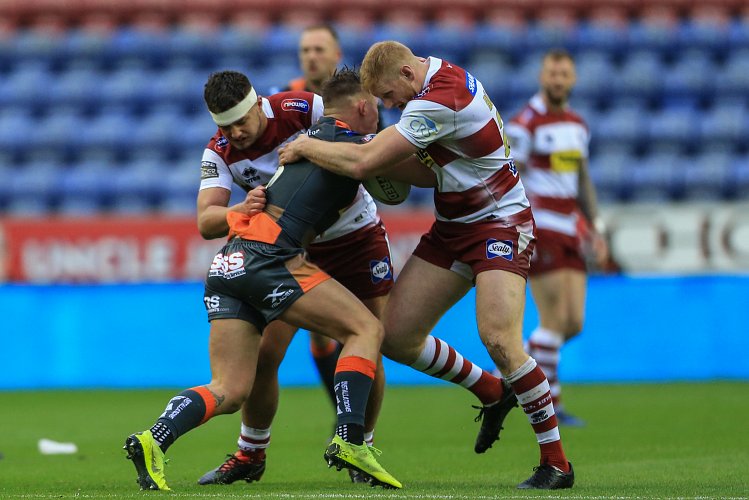 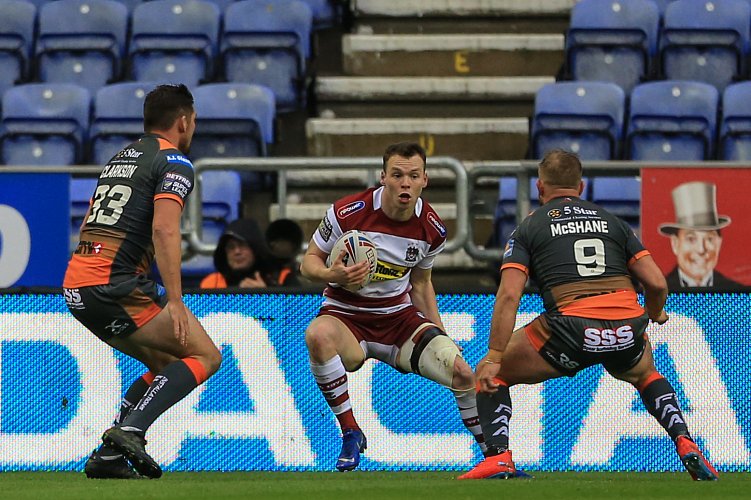 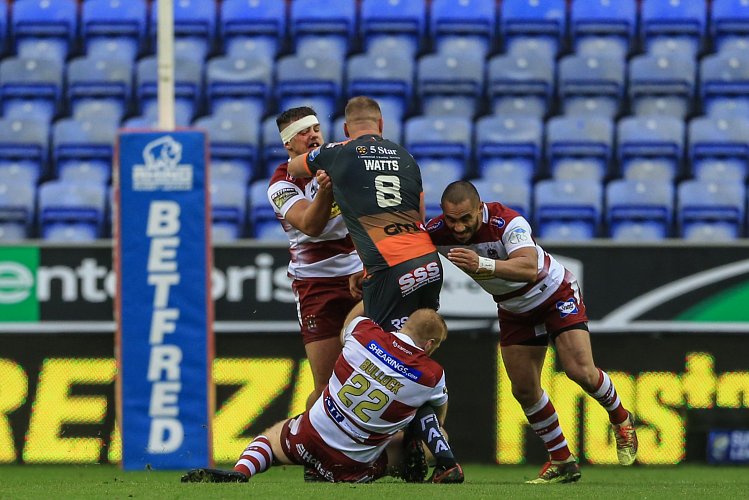 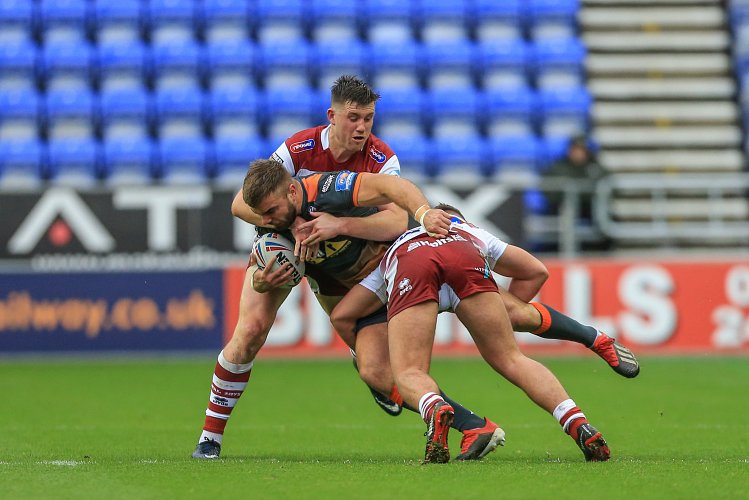 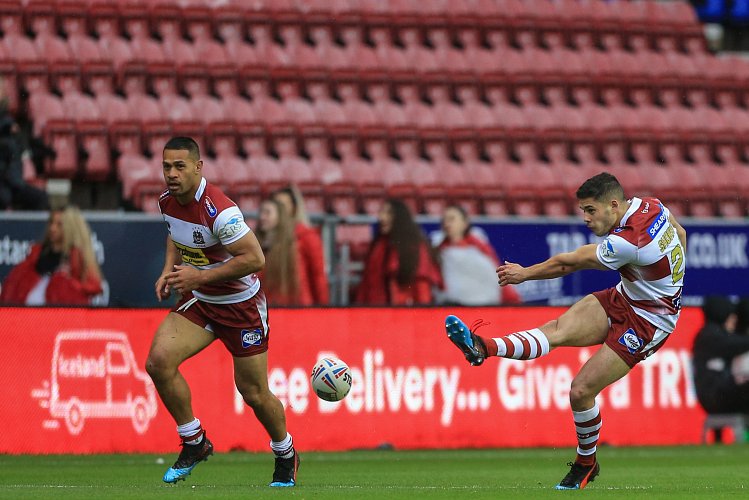 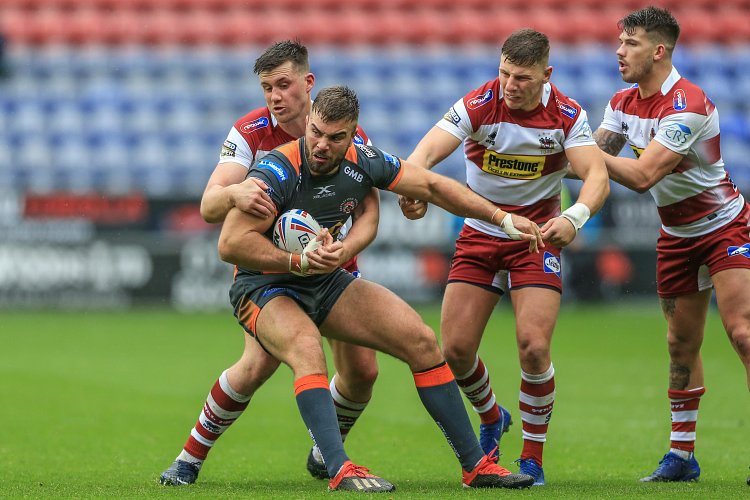 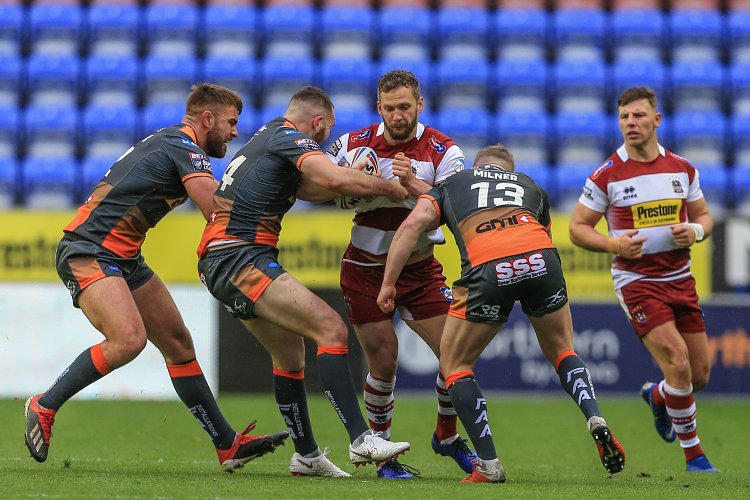 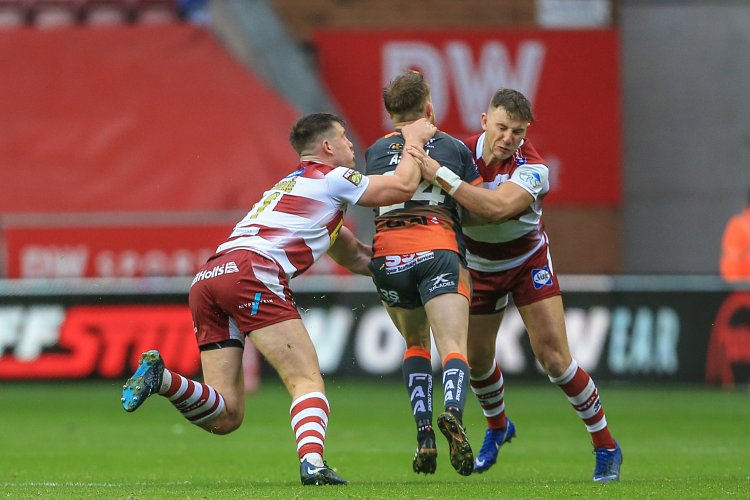 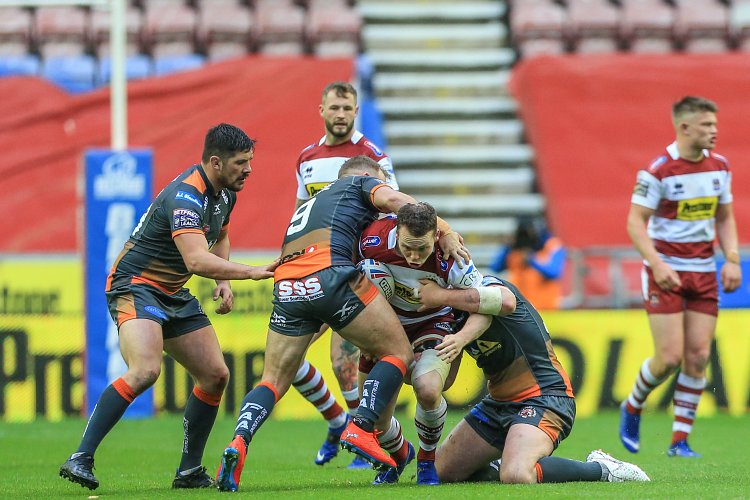 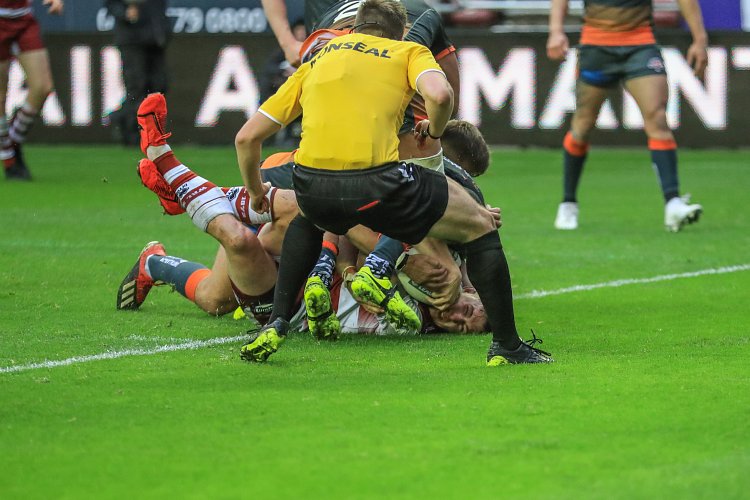 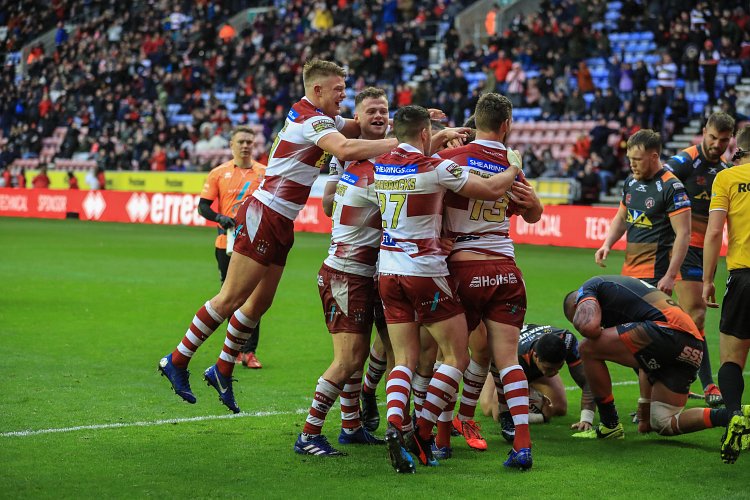 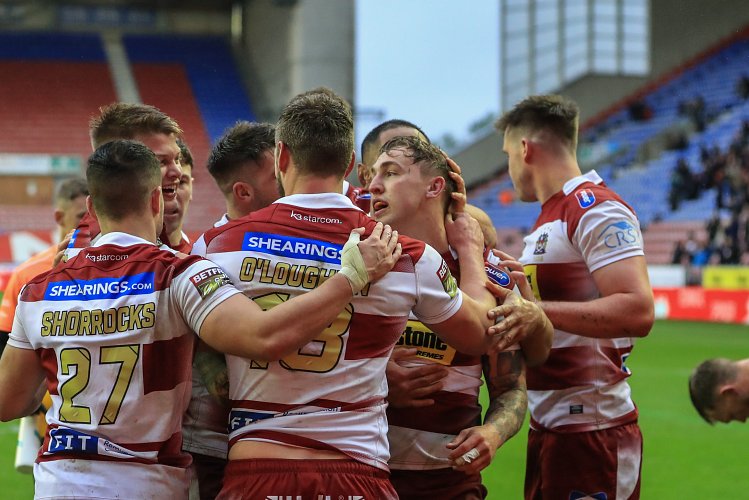 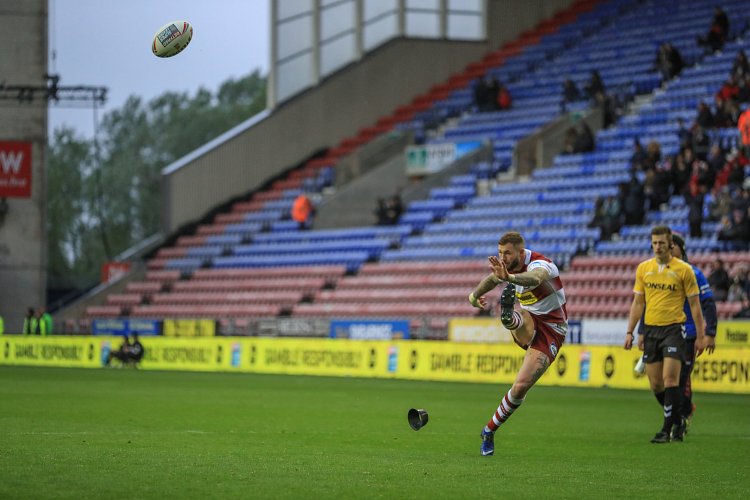