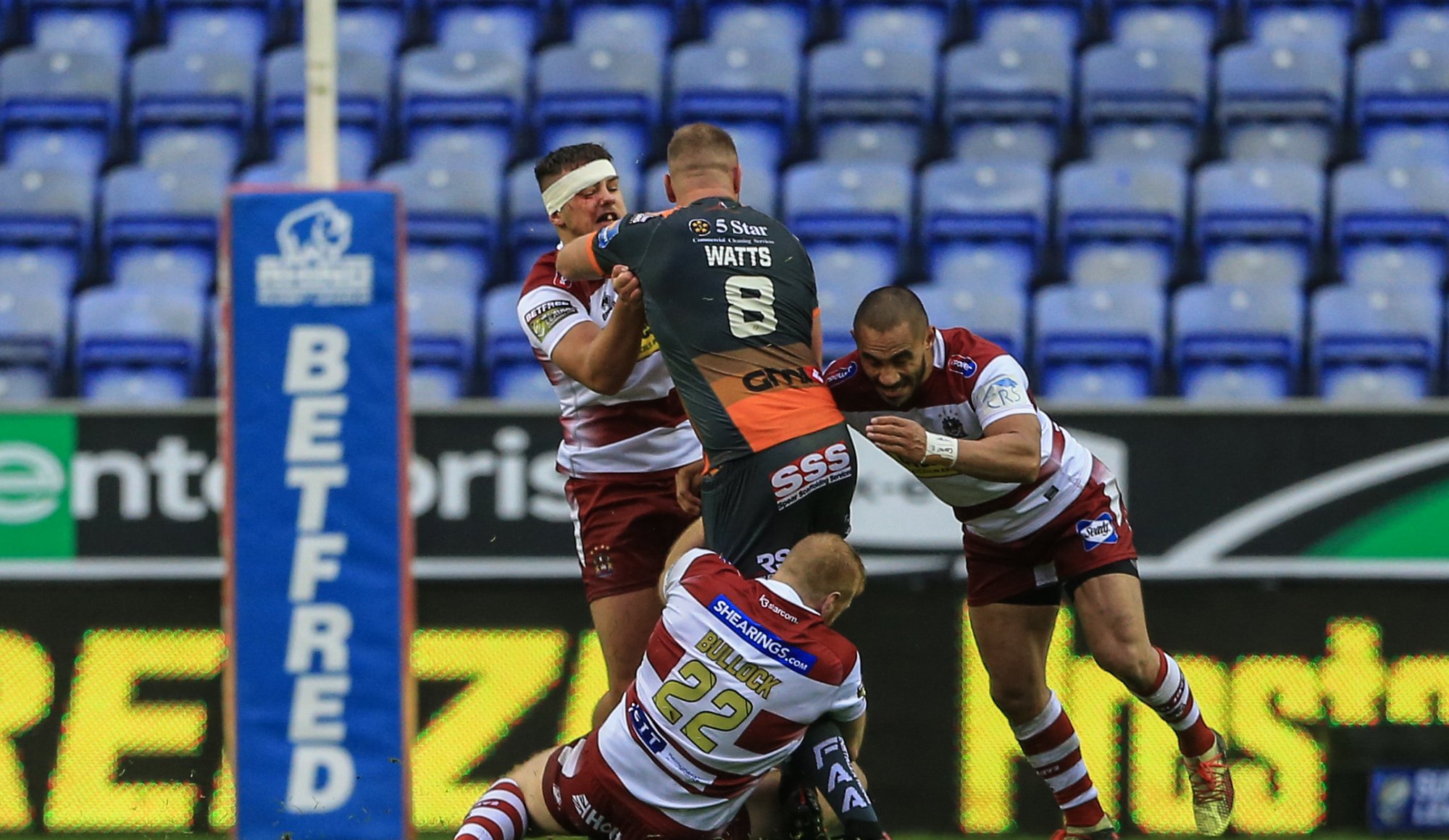 33-year-old believes the Warriors put in a ‘dominant’ defensive performance on Saturday evening.

Leuluai: “It was a tough mental challenge.”

The 33-year-old revealed the team had spent the week preparing by watching videos of every tackle that was not good enough in previous games to help improve the defence.

Leuluai said: “I think some of the boys have been embarrassed with our defence at times this year and compared to last season it has been way off.

“I thought we were dominant in defence though in this game. We had a few senior players back who know the standards we set at this club, so that is massive as when it gets tough the experienced players know how to handle it.

“The young boys are learning and doing great, but it is a phase they need to go through.”

Coming off the back of the packed Easter schedule, Leuluai admitted he was feeling ‘sore’ after the Castleford clash.

“It was a tough mental challenge,” he said. “I think it showed with the style of both teams in the game. I’m pretty sore; having three games in eight days is hard!”

Whilst he believed the adverse weather conditions played a part in Saturday’s game, ‘fatigue’ was another factor that Leuluai felt played a role in the low scoring contest.

“Players can’t play at the same level after playing three games in nine days, your body can’t play the same. We played a really intense game against Saints and backed it up with a tough last minute win against Salford.

“In terms of the weather, it was wet and windy and it was hard to move the ball around the way we wanted to but we managed to grind the result out.”