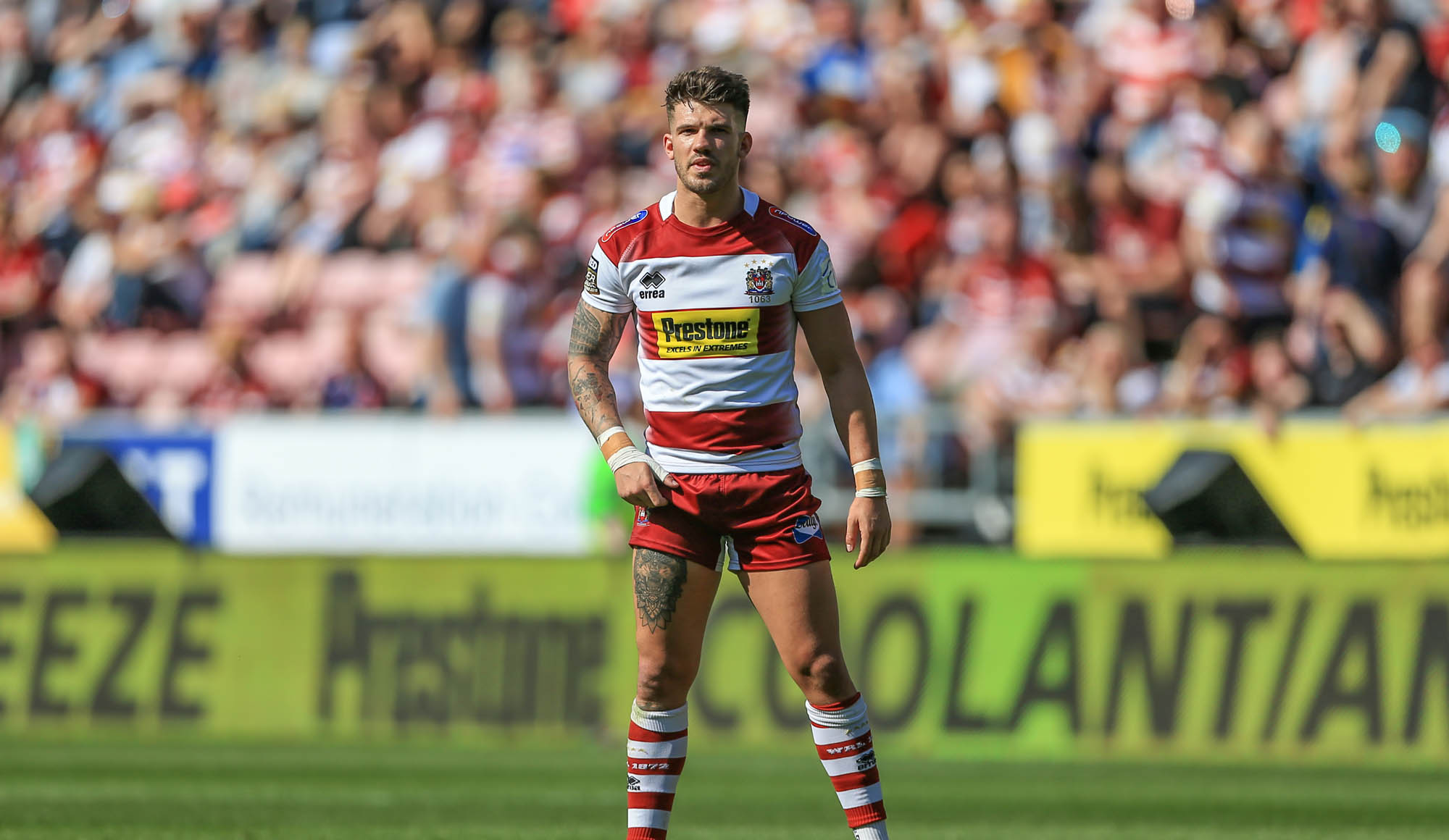 Wigan Warriors centre Oliver Gildart believes it’s a massive honour to be able to play for Wigan Warriors as he prepairs to make his 100th appearance for the Club against Castleford this weekend.

Wigan head into this weekend off the back of a dramatic victory on Easter Monday away to Salford Red Devils. On the win, Gildart said, “It was massive for us. No matter how we won against Salford we needed to get the W and we did so hopefully it’s a big turning point for us to crack on and get a few games rolling and start the back end of the season strong.”

Good to bounce back with a win yesterday! Congrats to @amirbourouh on the debut killed it laa 🍒 🤘🏻

The 22 year-old made his debut back in 2015 away to Warrington Wolves, a game in which has also scored his first try for Wigan.

On making 100 appearances: “It feels more like my 300th [joked], but it’s a massive honour to play one game at Wigan, so to do 100 already is pretty special.

“I’m made up that it’s at the DW, the home stadium. Hopefully it’ll be a good turn out as well against Castleford and hopefully I’ll have a good performance as well.”

🍒⚪️ @OliverGildart3 will make make his 100th appearance for Wigan this weekend vs Castleford if selected.

He made an impact from his very first appearance, scoring a try on debut vs Warrington back in August 2015! pic.twitter.com/4vJ779E96v

Castleford Tigers will arrive at the DW Stadium off the back of a tough 37-16 defeat to Catalans Dragons on Easter Monday. Despite this, Gildart explained that he doesn’t expect an easy ride on Saturday.

“It’s another tough game, I think we know how to beat them, we showed that in the first half last time we played them just a few weeks ago.

“Hopefully we can perform like that again but see it out for the full 80 minutes. If we’re able to do that, then we will be able to get the season rolling.”

The Tigers managed to overcome the Warriors last time around by exploiting the Wigan middle, which has been the cause of a number of tries in recent weeks against the Cherry and Whites.

The 22 year-old explained that he and his teammates must expect a similar line of attack from the Yorkshire side this weekend.

“If you’re Castleford you’re gonna come at it again. They got quite a bit of joy last time. It’s a big wrap on our middle this week to sort that out. We need to take it personally and I like to think we will.” 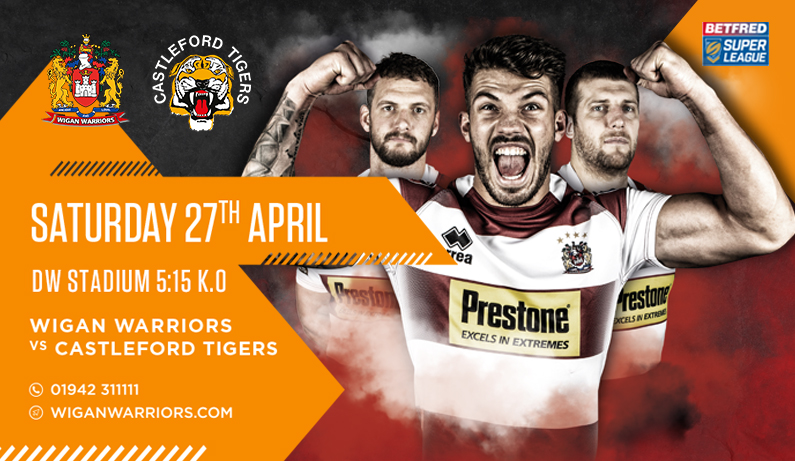 Get your tickets for Wigan vs Castleford in one of three ways. Buy in person from the DW Stadium ticket office, call 01942 311111 or buy online at https://www.eticketing.co.uk/wiganwarriors/