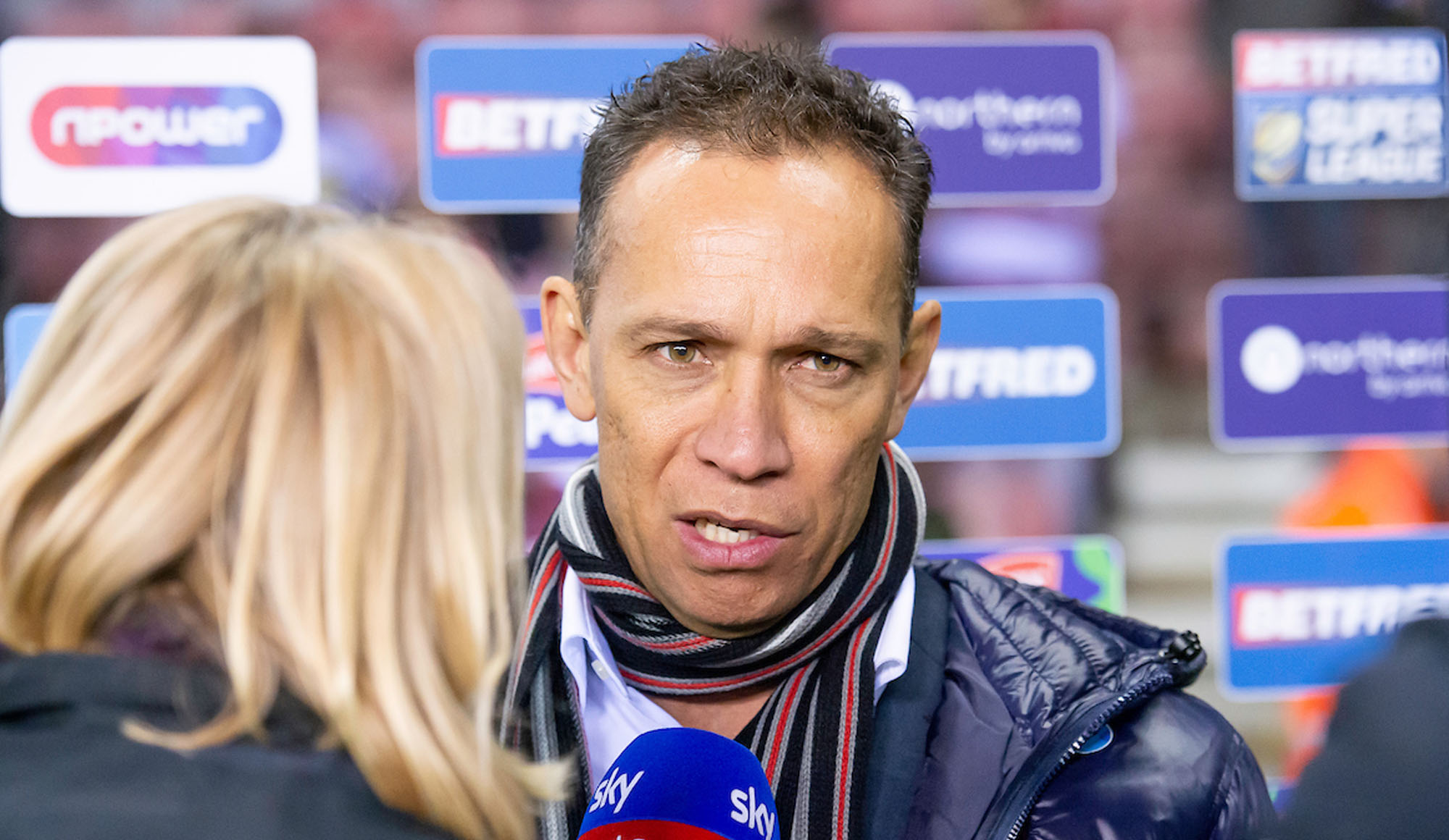 Quite a statement: Lam

Wigan Head Coach Adrian Lam spoke with a huge smile on his face as his Warriors side defeated Catalans Dragons 42-0 in a composed display at the DW on Sunday afternoon.

Joe Burgess completed his 7th hat-trick in a Warriors shirt, with Zak Hardaker going over for his first try in Cherry & White. George Williams, Oliver Gildart and Jarrod Sammut were also on the scoresheet as the Warriors kept Catalans to nil on Sunday.

On the game, Lam said: “I could feel it coming, even at half time today when we were at 8-0, I thought that we had four or five opportunities that we didn’t take in that first forty. There was a good buzz during the week, and considering the players that pulled out at the last second I thought it was a pretty good performance.”

“The back five, especially Jarrod Sammut, I thought he played his best game today, the back five are some of the best at the moment. It’s quite a statement, but I think with Joe Burgess back, I think that has made a huge difference to the team.”

The Warriors were missing a few familiar faces on the field through injuries and suspensions, on the changes, Lam said: “We had Tony Clubb pull out, Sean O’Loughlin pull out, Gabe Hamlin pull out and Joe Greenwood suspended. We haven’t had much cohesion through the season really due to injuries and that’s been a bit of a headache, but that has given the opportunities to some of the younger lads.”

“Oli Partington got back into the side, (Liam) Paisley got back in and (Morgan) Smithies got his debut tonight. Also, Liam Byrne, he went in at front row, as a 20-year old that’s a huge effort.”

Youngster Smithies got a warm reception at the DW, causing the fans to jeer as he forced an error from Catalans with a huge smile on his face. On that moment, Lam mentioned: “I liked that, that’s probably one of the highlights of the game. He’s been in the system here, signed as a 14-year old, he understands what is going on and he played great against the Australian Schoolboys last year which I watched, I liked him.”

“I was looking forward to giving him an opportunity at some stage this year, it’s probably come a little bit earlier than what we’d have liked but for him to play as he did today and stand up to Greg Bird, I thought that was great.”

Zak Hardaker registered his first try as a Warrior: “I just spoke with Zak then, I think he’s lost about 6kg since the start of the season, I think that’s part of why he’s performing that bit better. It was always going to take around 6-8 weeks for him to get back to where he was, but what I like about Zak is that in the last few weeks he’s taking a bit of a leadership role on now, pointing the finger at people and asking for the drive, which is where we need him to be.”

He added: “When you look at him and he’s still probably got about 20-30% to go until he’s back at his best, and once he feels like he’s part of this club; I know he does already, but when he has that sense that this is his team I think he’s only going to get better.”

The Warriors now have a short turnaround before playing Castleford Tigers on Friday. Summing up the performance today, Lam said: “I still think we’re going to get better, because in certain situations we didn’t do some of the things we’ve talked about, but the great thing about what we’ve been through is that the leadership group have said whether we win or lose we’re sticking with this because we like it, we support it and we’re going to maintain it until we get it right. “

“Better signs today, I think everyone will be talking about the 42 points we scored, I’m just happier about the nil. That’s been the hardest part, to try and change their mind-set and mentality and hopefully that’s the start of getting better as a side, if we can get that right then we’ll be on our way.”

THE DERBY IS COMING...