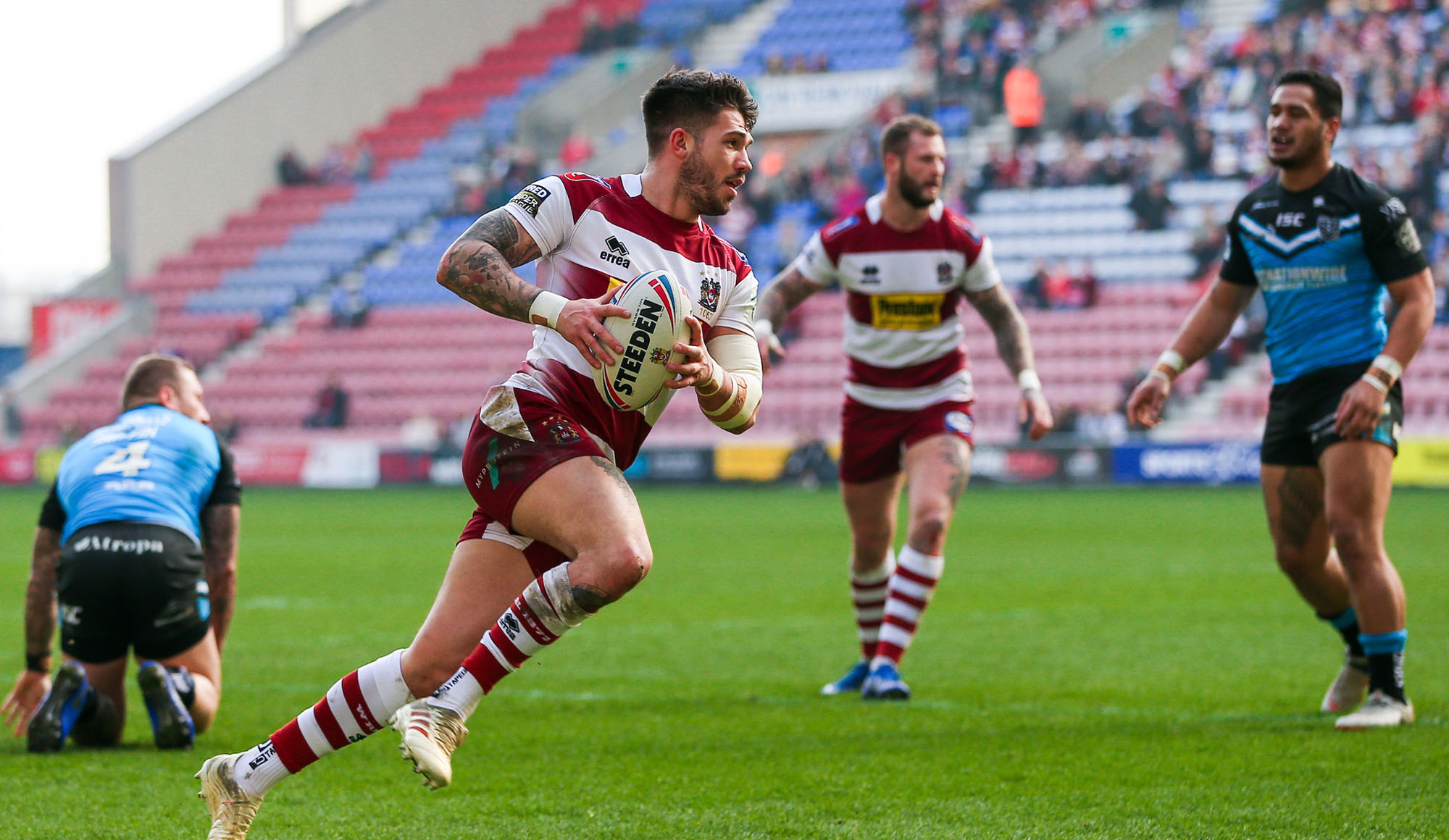 Last week’s win at Salford only matters if Wigan can win again this weekend against Catalans according to Warriors centre Oliver Gildart.

Last week’s win broke a run of defeats for the Cherry and Whites, something that the centre was glad to see the back of.

“Obviously there was a bit of relief getting that win. Hopefully we can kick on for the rest of the season now. We were happy with the Warrington performance in places and wanted to improve on that last week.

Embedding Adrian Lam’s new style of play into the squad is has been cited by a number of players as an ongoing process. Off the back of last week’s victory, the 22 year-old described how the win gave a glimpse into their progress.

“We are throwing the ball around quite a bit more and challenging people. We are quite a way off in certain areas but we’ve got this week to build on that again. That win was great, but it only matters if we build on it this week and the next.”

🏉 MOMENT OF THE MATCH | Option C is this delightful pass out the back of the hand from @OliverGildart3 👋 pic.twitter.com/0YVA8BfHBw

This weekend Wigan welcome the reigning Challenge Cup holders Catalans Dragons to the DW Stadium, A side well known for their physicality. Discussing the French side Gildart said, “They are very physical, especially at their place. But we are at home and that gives us an advantage.”

The Warriors will come up against a number of ex-Wigan players in the Catalans side on Sunday, something that Gildart is looking forward to.

“I messaged Lewis [Tierney] this morning and said that he’d having it this week [he joked]. Obviously Lewis is on our side, there’s me, Joe Burgess and George Williams on the left so it’s three versus one there, he’s definitely going to get some stick.”

On Sam Tomkins, who left at the end of 2018 to the Catalans Dragons – If I can get hold of him then I’ll give Sam some stick as well!”

Earlier this week the centre received another call-up to the England squad for their April Elite Performance Squad.

On receiving the call – “I was made up tom be in the squad. I’ve set myself a goal of trying to keep in that position in the England squad for the rest of my career.”

Tickets are still available for the Mother’s Day Clash between Wigan Warriors and Catalans Dragons and dont forget you can treat your Mum for FREE. Full details on match day ticket prices can be found HERE.

Download your Mums Day Off voucher by clicking this link -/admin/resources/wigan-mothers-day-voucher-a6-03-19-2.pdf

Terms & Conditions - Details must be completed for the voucher to be accepted. No cash value. Offer not available in conjunction with any other offer.

Got your tickets for Sunday yet?