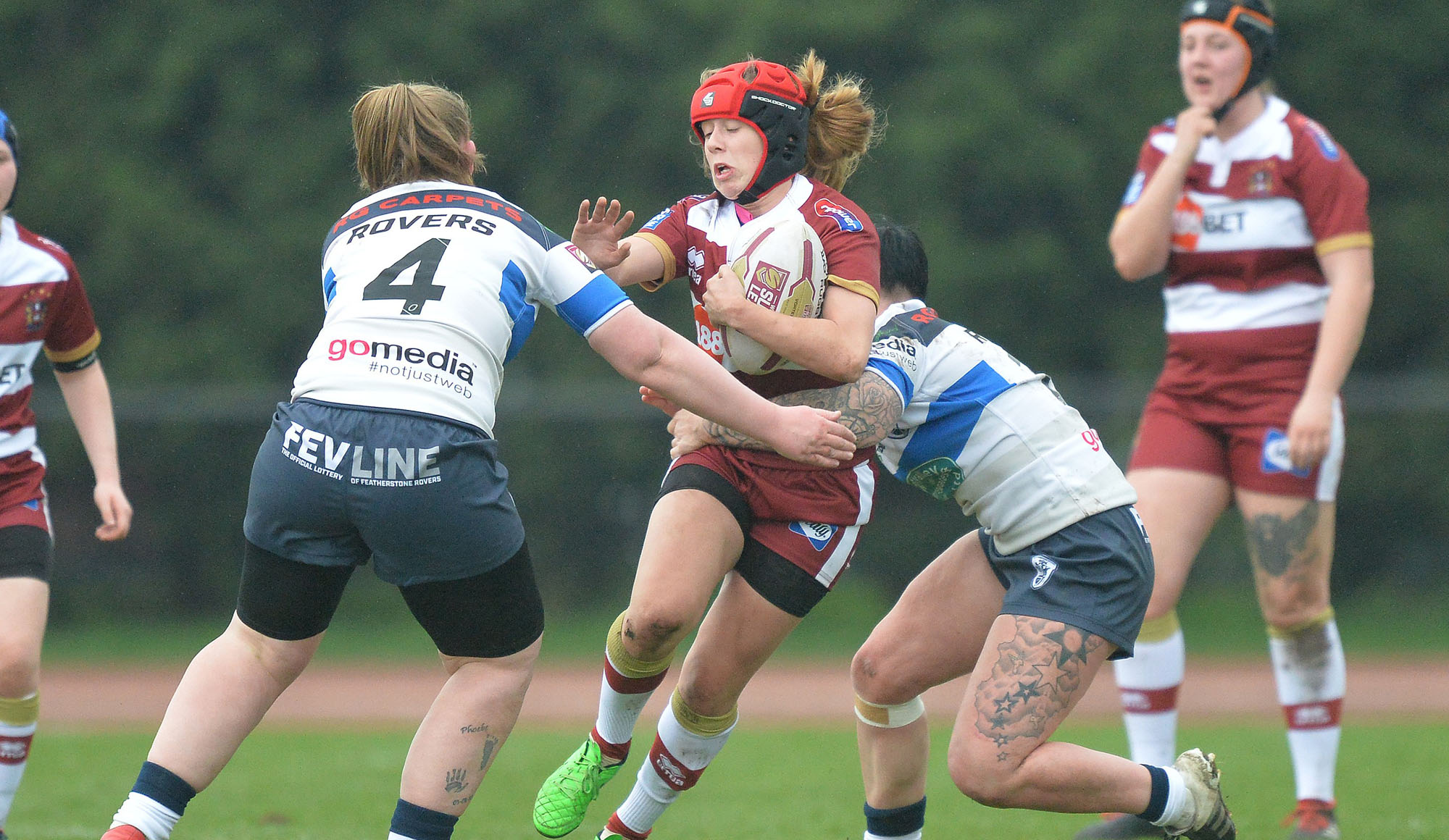 Wigan Women’s Full Back, Rebecca Greenfield, says she considered quitting the sport, before going on to become a Lancashire Origin winner, Super League Grand Final Winner and earning an England call up.

Before her career with Wigan started, Rebecca’s World changed as her father and biggest supporter, Chris, passed away.

For any 19-year old the loss of a parent is difficult, but the Wigan number 1 was determined to make her dad proud: “It was a hard time for me, and I had a lot of mixed emotions, but it was made easier as I knew before my dad passed away that I was in the squad, and knowing how proud my dad was of me for getting in the squad helped me get through the hard times.”

“It wasn’t an easy time though, and more than once I contemplated quitting rugby as I felt I couldn’t carry on without my dad being on the side-line, but I knew that’s not what he wanted and I know he always has the best seat for every game up above.”

Wigan Women made history in April 2018 as they kicked off their first ever season, registering a 54-0 win in the process. On the first game, Greenfield said: “The first match pulling on a Wigan shirt felt surreal, I felt that I had a lot to prove to myself and my coaches. I was apprehensive as to how well we would play as a team, as for some players it was their first-time playing Rugby League and coming up against the previous Super League winners put the pressure on us that bit more.”

She added: “I still believe that my first game for Wigan was my best performance of the season, I think that’s because I had built up a lot of pressure on myself and I felt I used the pressure to my advantage. My first game for Wigan was also my first time playing alongside England Capped players, and I knew I needed to use their knowledge of the game to make myself a better player, and I feel that in that game I became a smarter player.”

The youngster has worked her way up throughout the Season, representing Lancashire and scoring in the Origin Weekend, winning the Grand Final as joint Player of the Match and named Young Player of the Year by the club.

On the 2018 season, she said: “I honestly never imagined my first season at Wigan to go as well as it did, and the fact that I was considering having a break from the sport, to playing in the Grand Final and coming away with joint Player of the match, it just seems surreal.”

“As for young player of the year for Wigan, I never expected that. There are so many other talented young players within the team, it must have been a tough decision to make. I sometimes just sit and think how far I’ve come in a season and it’s time like this that I miss having my dad and seeing how proud he would have been of me, but I’m just happy that I didn’t let the loss of my dad affect my performances, but make me better.”

The full-back was given an even bigger reward for her efforts over the year, as she earned a call up for England in a test match against France, where Greenfield went on to score two debut tries in a 54-4 win across the Channel.

On representing her Country: “Getting the email telling me I had been picked to go to France and represent England was one of the best moments of my life. Since I started rugby at 6, I always said to my parents that I would play for England one day and that day had finally come. I rang my mum up at work as soon as I got the email because I couldn’t wait until she got home. The whole experience was just a step up from everything I’d ever experienced before.”

Honoured to be wearing this shirt tomorrow, finally a dream come true🏴󠁧󠁢󠁥󠁮󠁧󠁿 pic.twitter.com/kijLR9hlZ0

“When I was presented with the number two shirt and realising I was in the starting line-up I was overwhelmed, I found it hard not being able to tell my dad because this was the moment I’d been aiming for throughout my whole playing career. Despite finding it hard I took it as a confidence booster and I took this into the game, I knew my dad would be watching down on me. To then go on and score two tries on my debut just topped the whole experience, it still seems surreal.”

She added: “I just want to say that I wouldn’t have got through this season if it wasn’t through the support of my mum and my girlfriend, because when I felt like I couldn’t carry on they picked me up and made me realise how far I’ve come, and how far I can go.”

As the Warriors Women head into pre-season fixtures, Greenfield says that the team just need to take it one step at a time: “I think there is a lot of pressure on the team to defend our title as Women’s Champions, but I think it’s also important for the team to improve our weekly performance, you can’t forget the little things because it’s the little things that get you the trophy’s.”

“I think that as a team we will use the pressure from last season’s triumph to make us a better team this year and aim for more than just the Grand Final.”

Wigan Warriors Women get their season underway on 7th April as they face rivals St Helens at Robin Park Arena, kick off, 2pm. You can find out all the latest Women’s news HERE.