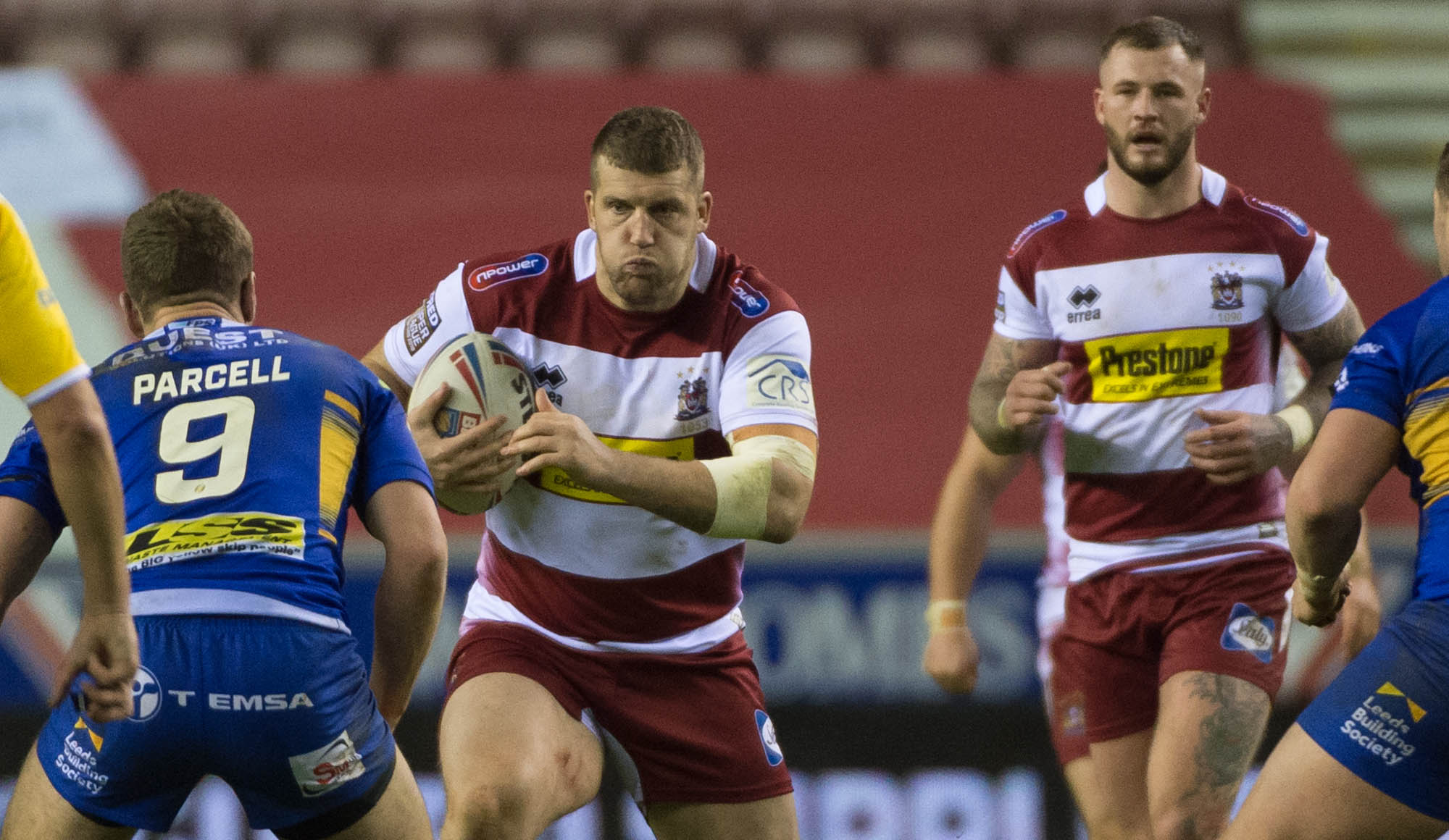 Tony Clubb has stressed the need for team mentality as opposed to individual emotions, as the prop returns to London Broncos on Sunday.

Having started out at centre, the Kent-raised Clubb made his Super League debut in 2006 for London Broncos (formally known as Harlequins RL) and was made Club captain in 2013.

Clubb played over 150 games for the London Club, scoring 47 tries before joining Wigan ahead of the 2014 season.

Despite last week’s golden point extra-time defeat to Hull FC, Clubb admits his side are heading into the London clash ‘confident’.

“We know where we are at. We know the things we’re doing wrong and the things we need to get right so it’s more about correcting our errors than it is worrying about what London are going to do and what they’re going to throw at us.

“We’ve been working a lot on our D (defence). It’s the old saying ‘D wins games’ and it does. We were poor last week, more so in our first-up contact and our line speed. It’s about attitude too and we have to fix it.“

The prop forward missed out last weekend to aid his recovery from an injury picked up in Round 1 against St Helens. On his recovery Club said, “I had a bit of a rest last week, as I had to sort my teeth out so it’s good to be back in the fold. It’s going to be difficult with the travelling, but we’re excited. We’ve trained well and we’re going down to London confident.”

Having spent a number of years playing for this weekend’s opponents, Clubb explained that he would enjoy seeing a few familiar faces.

“I still know a few people at the club. I know the owners and it’s always nice to catch up with them. I’ve been saying for the last few years that it would be nice to see London back in Super League and I now they are and are doing well.

“I get on with their Head Coach Danny Ward really well and I’m pleased to see him succeeding down there.

“His team use the pitch to their advantage and throw the ball about a lot. But we’re more worried about what we’re doing. I’m excited to seeing a few familiar faces and I’ve had some messages from fans over the last few days. It will be nice to see them all, but hopefully after we win.”

Despite London not having the best of starts this season, Clubb made it clear that the Cherry and Whites won’t be taking them lightly on Sunday. He said, “We’re under no illusion that they’re going to be a good team; they throw the ball about and they’re used to playing on the plastic field and train on it all the time so it’s going to be an interesting game.

“It’s one of those things we have to deal with and acclimatise too. We’re not bothered…we’re concentrating on us as a team and making sure we put right the things we did wrong last week.

Tickets are still available for the game from the DW Stadium ticket office by calling 01942 311111 or by visiting in person until 5pm on Thursday 28th Feb.

Tickets are now on sale for Wigan’s next home fixture against Huddersfield Giants on Friday 8th March online HERE or by calling our ticket line on 01942 311111.