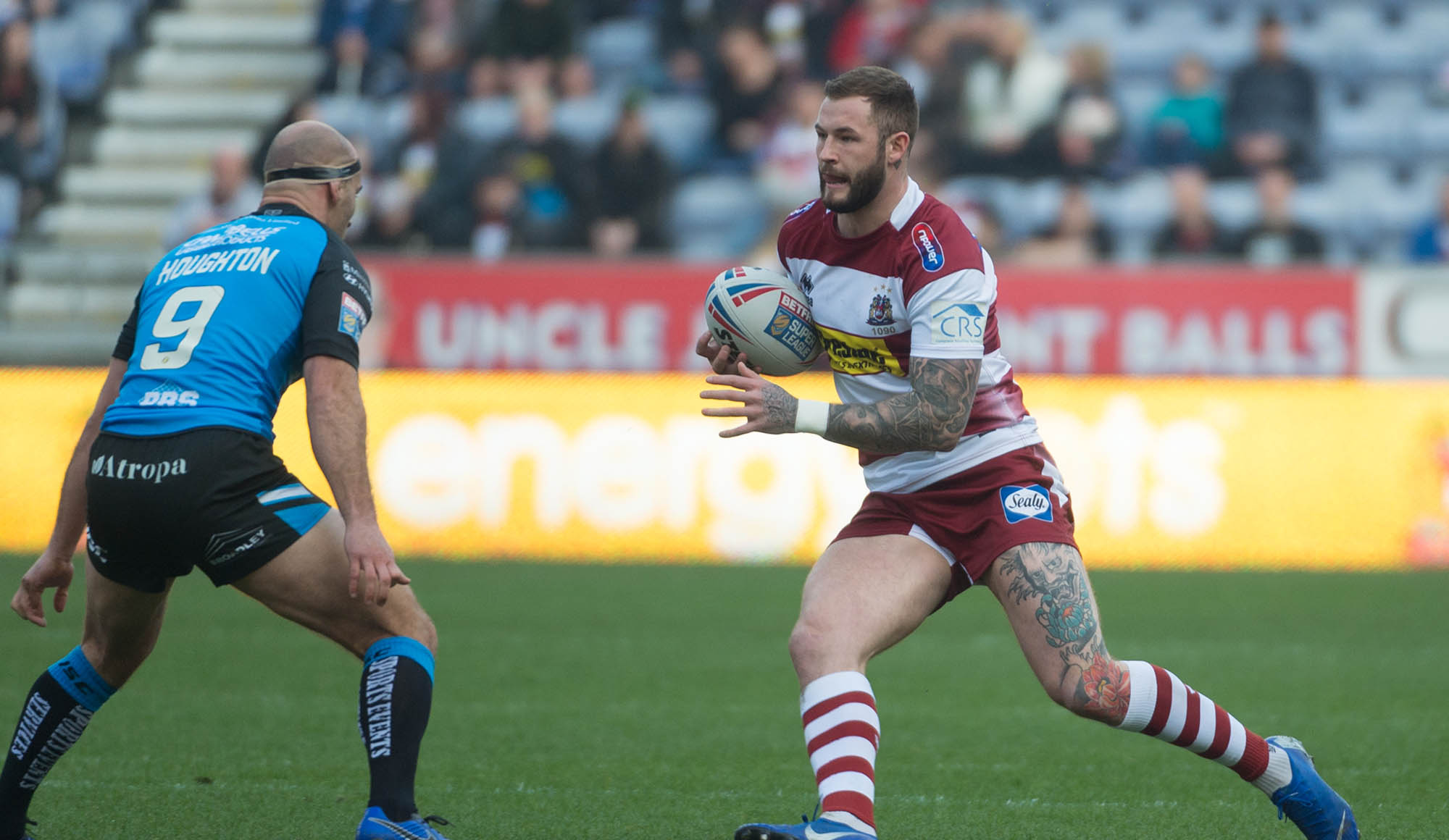 Zak Hardaker believes Wigan Warriors need to improve on how they start games after Sunday’s 23-22 defeat to Hull FC.

The full-back says the poor starts have become a reoccurrence in the four games so far in 2019 and after Mark Sneyd’s golden point extra time drop-goal, Hardaker was left feeling ‘frustrated’.

“Every week, we are giving the opposition an advantage early on,” he said.

“We train really hard but we’re gifting the ball a little too much. We gave away a penalty and they (Hull) scored off the back of it, and some of the defensive challenges were a bit shocking.”

The 27-year-old admitted it is something his team need to continue to work on and fix ahead of next Sunday’s trip to London Broncos.

Despite losing to Mark Sneyd’s 83rd-minute one pointer, Hardaker says the new golden point “is a good thing that I enjoyed”.

He added: “Unfortunately, we gifted them the ball again and let them have the first shot at a drop goal, so it is our fault.”

Hardaker says Wigan were confident heading into the game but knew, despite Hull’s recent form, they were going to pay well.

“There was no better game to play at home,” he said.

“We had trained really well but our defensive performance was a bit shocking at times and we were left chasing the game.”

One positive from the defeat was a try from Liam Byrne on his debut.

“We are really proud of him, it is brilliant to see lads not only make their debut but score on it. Unfortunately, we couldn’t get the win for him, but he has a big future in the game.”

📸 And @liambyrne1314 got our second on his First Team debut for the Cherry and Whites! 👌 pic.twitter.com/L5jngiVJ0p