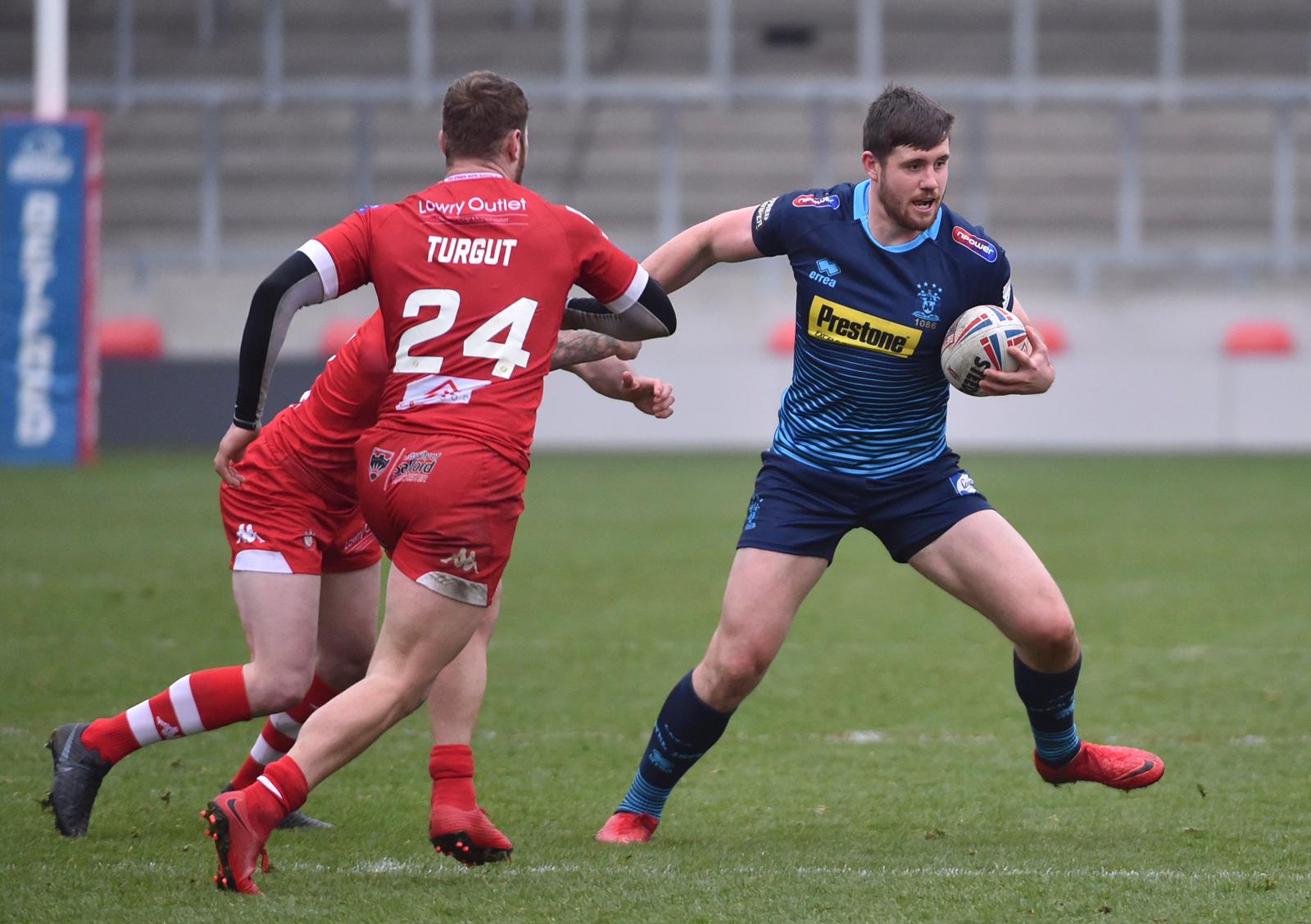 Writing in his second blog of the year, Joe Greenwood talks about a successful pre-season under new Head Coach Adrian Lam, the benefit of having three pre-season games and the lead up to the opening fixture against his old Club, St Helens.

Hello everyone! How are you all?

I’m going to start with last Friday’s pre-season game, as we beat London Skolars in the 2019 Capital Challenge. It was a good chance for the coaches to see what the younger players and next generation coming through could do. There were a few stands out with the likes of Joe Bullock, who held his own, as he’s pushing for a spot in the 17-man squad against St Helens in the opening Super League game.

You need competition in your squad as it keeps yourself on your toes. Fighting for spots in the team doesn’t come easy, but it probably makes you become a better player because you have to be fully focused all the time and you don’t want anyone else taking it up. It’s good to have competitiveness and we have it throughout the team, which is great for the Club as everyone enjoys challenging one another.

It was good to get back out on the field on Sunday as we won at Salford Red Devils in our second pre-season test. It’s been a bit of a short pre-season for me and a few others, as we came back late due to international duty. But it was great to get back playing and being able to build match fitness again, as well as using Lammy’s (Lam) input of how he wants us to play and getting used to the new players too. 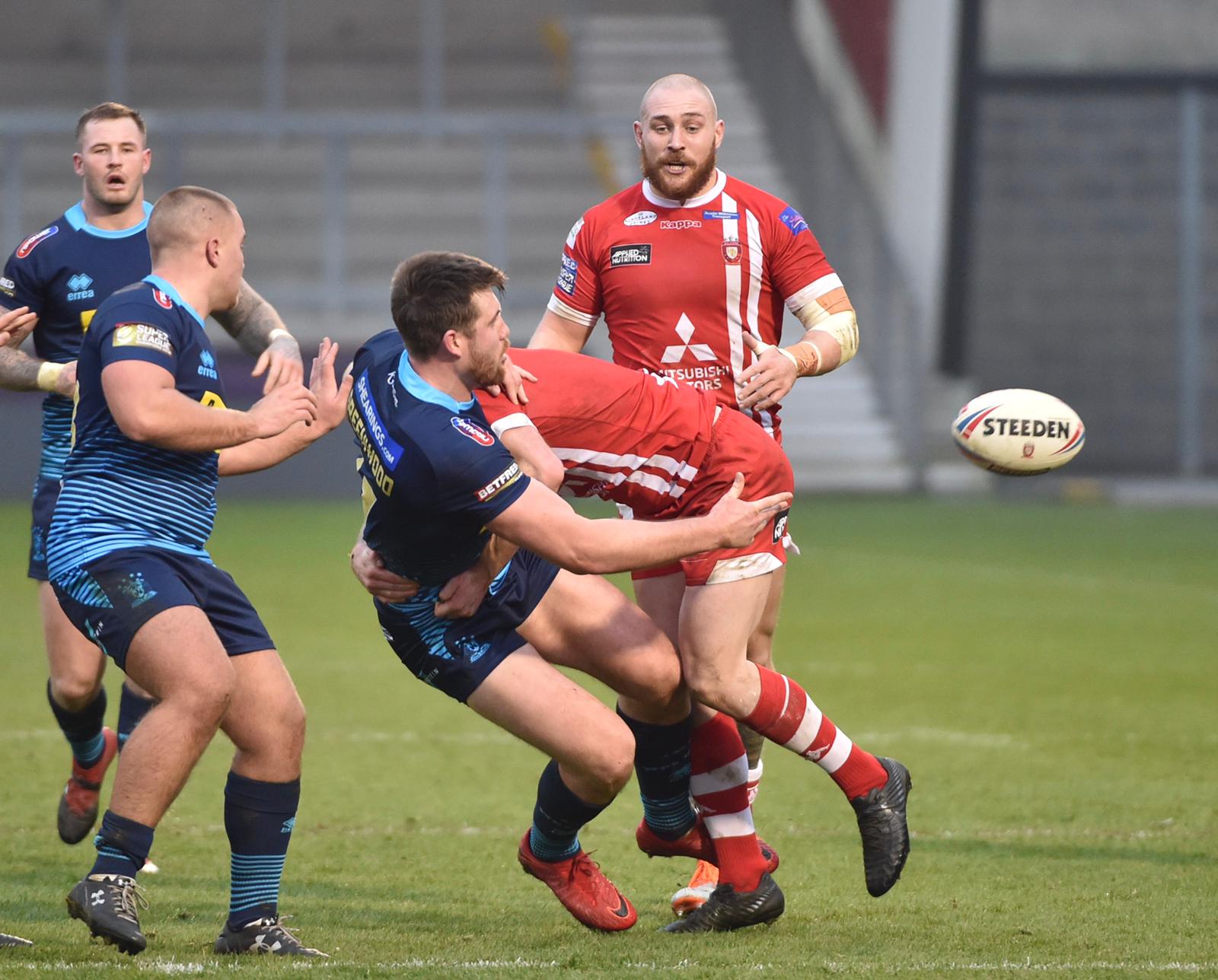 It was nice to make a contribution with Zak’s (Hardaker) try. It came from nowhere as I didn’t realise, I went through a gap, but I knew he was going to be there in support with his pace and you can see he’s still got it with his reading of the game, despite him not playing for over 12 months.

Lammy wanted us to go out and enjoy it, as well as putting the stuff we’ve learned in pre-season into action. I think we showed glimpses, but we still need to tweak in some areas and that’s what we will work on in training. 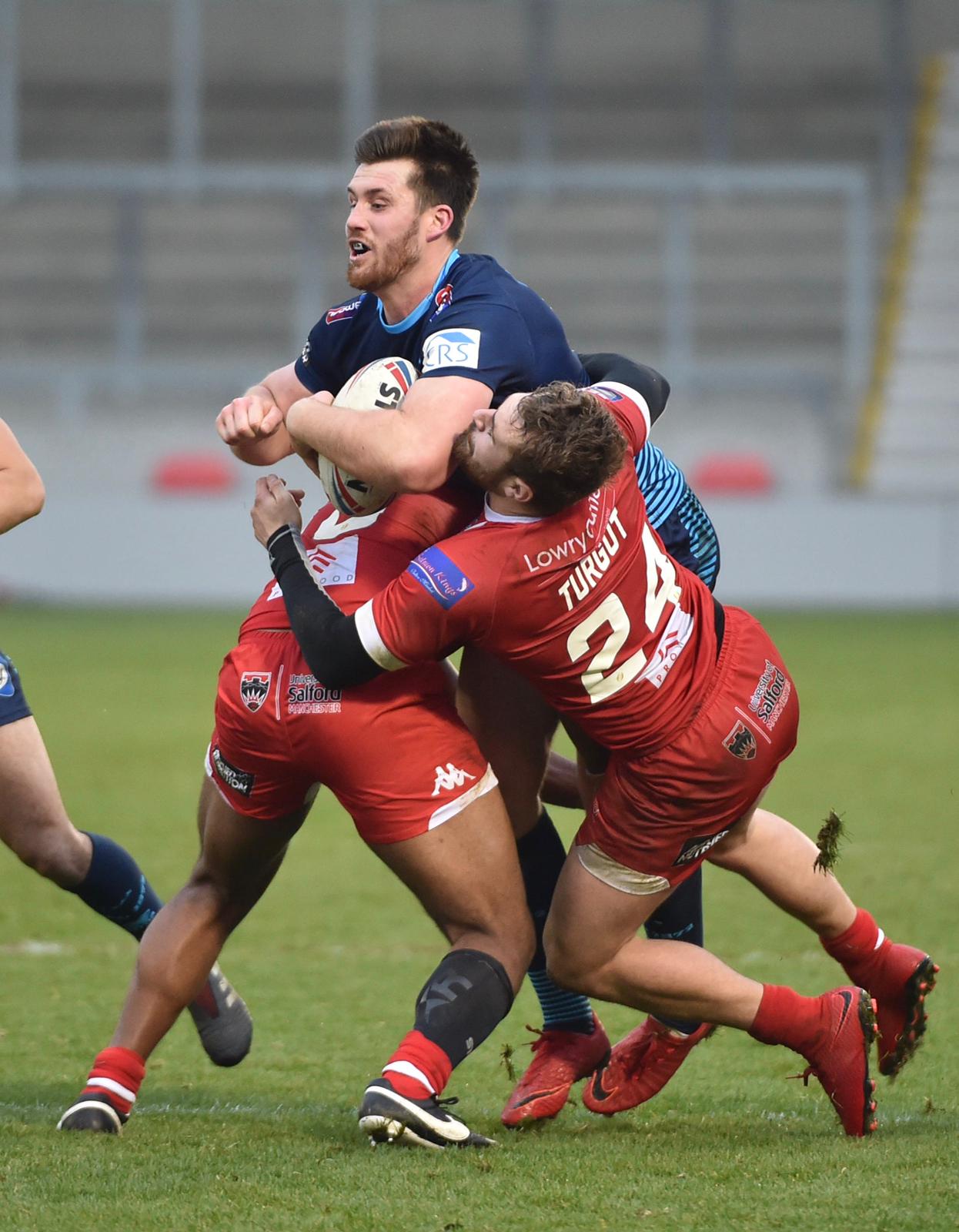 It’s about getting used to calls and where we need to be in certain places on the field. It’s always a learning curve and it’s great to have these warm-up games, as we can put things into practice and watch the review videos the day after, which we did on Monday. We picked up on the stuff we did well and the things we need to improve on and that’s what we’ll continue to do leading up to the Saints game.

We play our third and final pre-season game this Saturday away at Barrow Raiders. There might be some senior players that need a little bit of game time, as well as the younger lads getting used to how Lammy wants us to play. He will get another chance to look at them and hopefully they can continue the momentum from what they’ve been doing in pre-season and the friendlies. 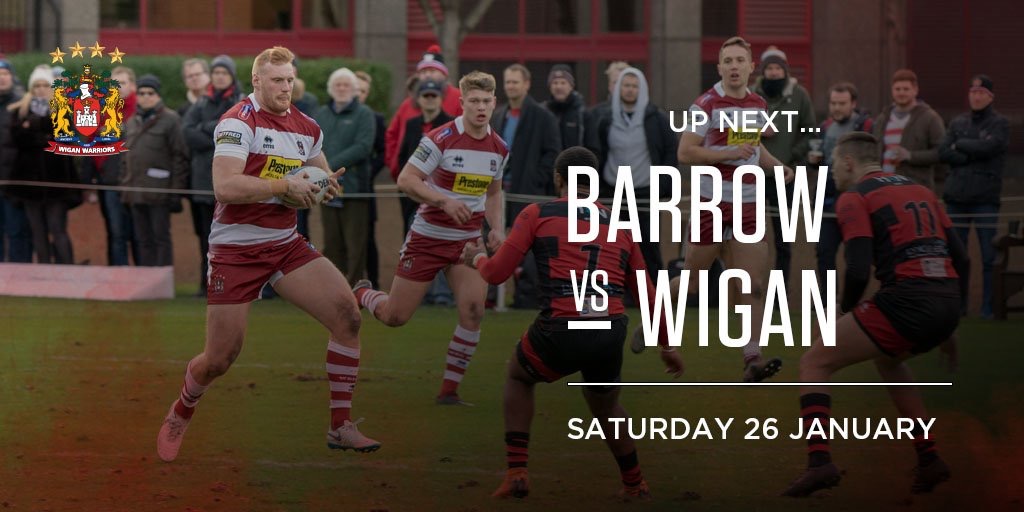 At the back end of this week, we will start to look at the game plan for Round One against St Helens. It’s going to be massive as a Wigan - Saints derby never fails to deliver. There’s always fireworks and I think it’s going to be a quick game - one which our supporters will hopefully love. The passion is there to see in ever derby game and we will be doing everything we can to win.

If you haven’t got your ticket yet, click HERE. Your support is vital to our success! 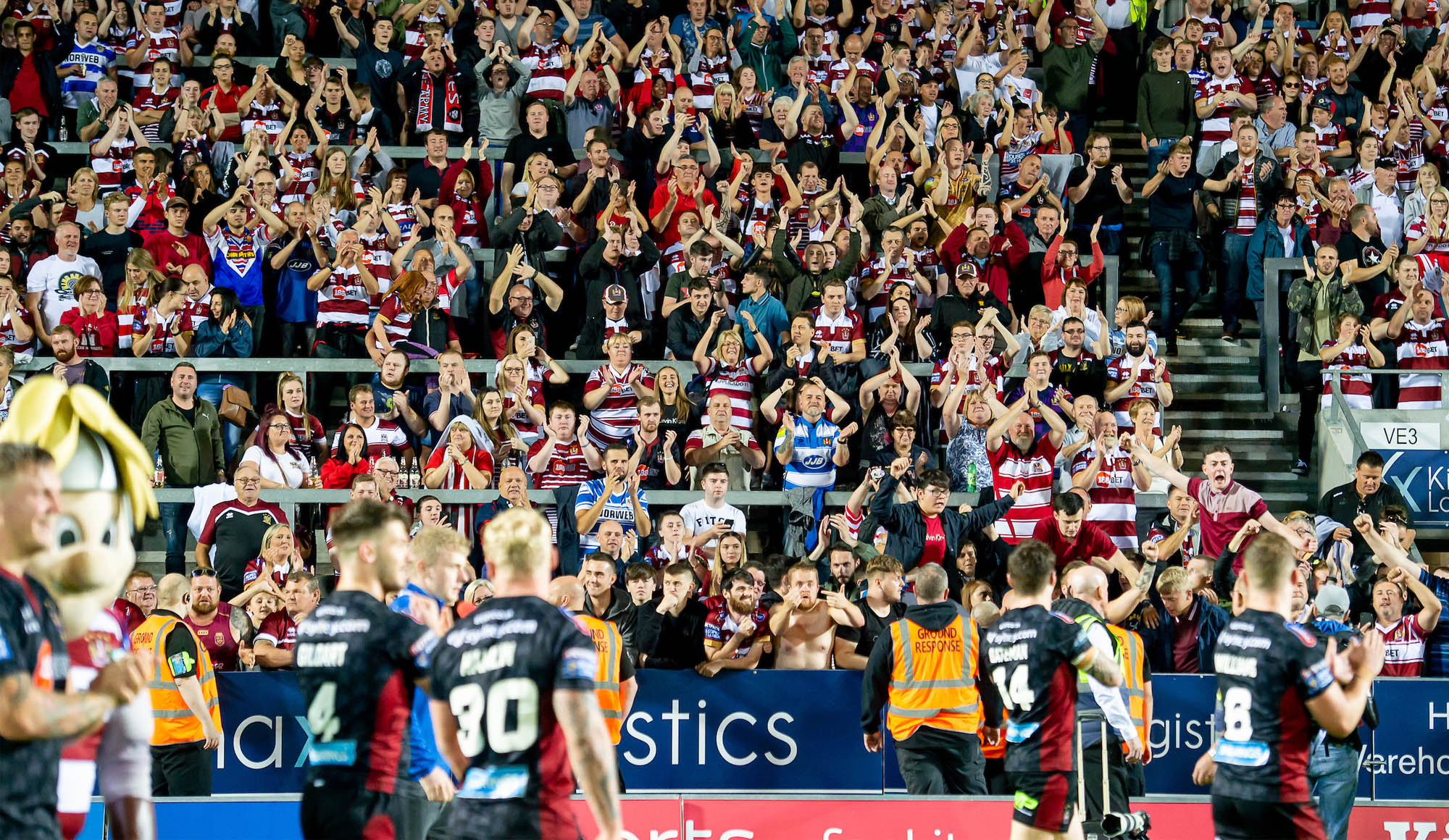 Looking back on pre-season overall, I think we’ve done really well. We’ve been hitting all our targets that we’ve been given. Lammy has tweaked things in our defence and attack and all of us have bought into it. We’re getting used to the way he wants us to play and everyone is on track. The coaches are happy too with where we are at and we’ve still got another a couple of days that will prepare us for the build-up to the Saints game. We’re still pushing and getting the last bit of the cobwebs blown out and by next Thursday, we will be rearing to go.

That’s it for today. I can’t wait to see the Cherry and White army next Thursday!

Catch Joe in Wigan Warriors action this year by grabbing your season ticket today. You can find all the information HERE. 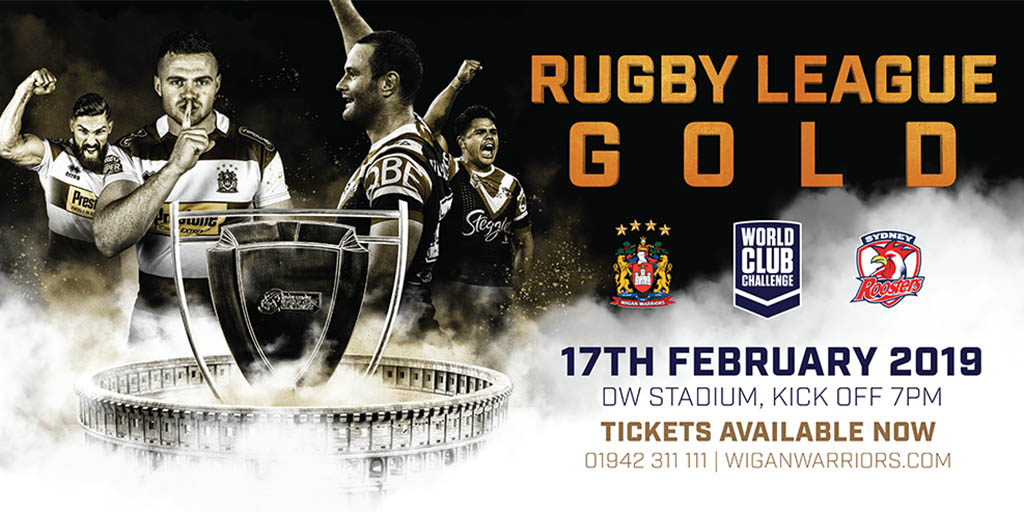