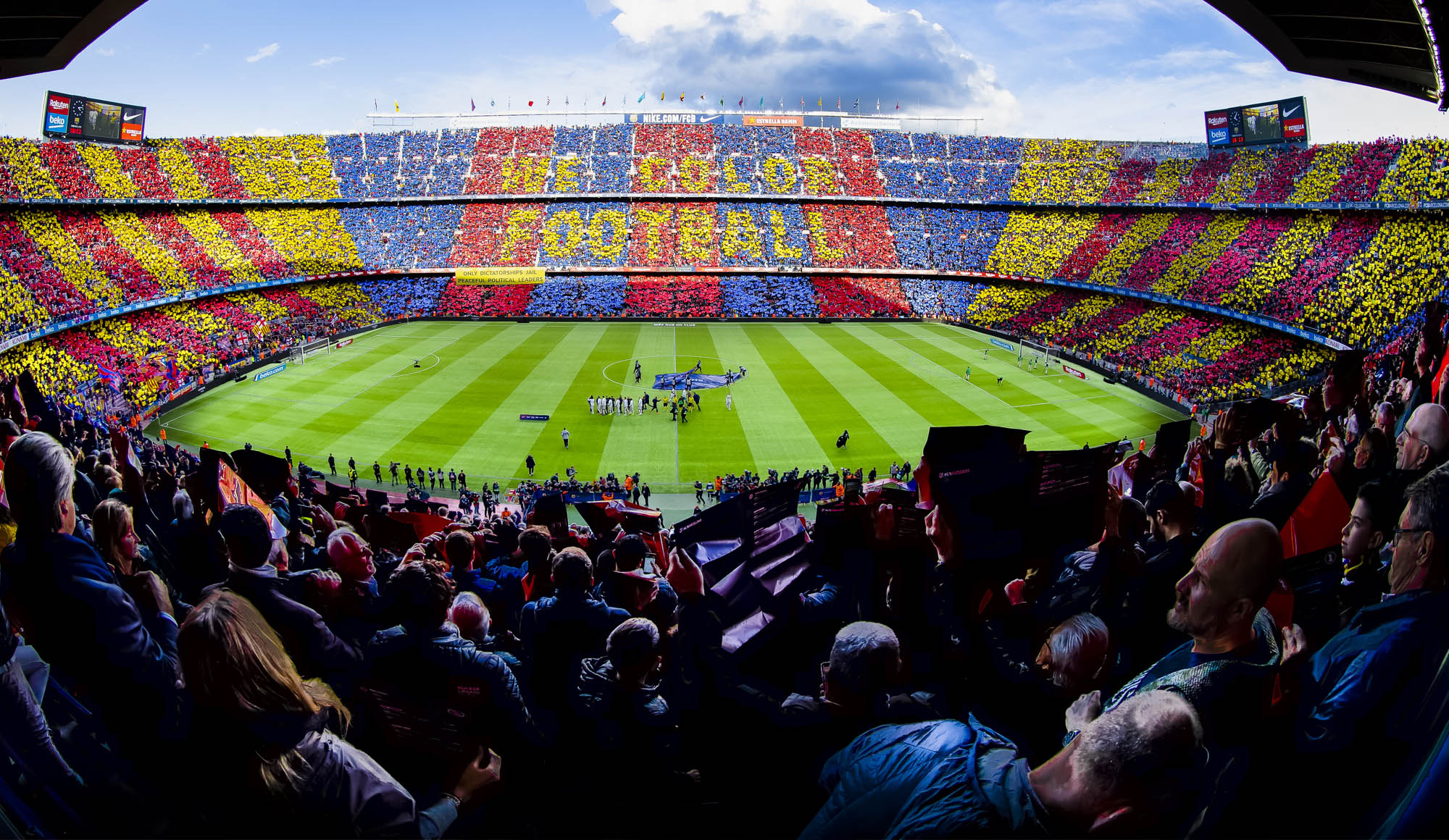 Wigan Warriors have confirmed that Wigan will face Catalans Dragons in round 15 of the BETFRED Super League at FC Barcelona’s iconic Camp Nou stadium.

This location for a game between the two reigning trophy holders from Super League came about from the public pride in Barcelona - the “capital” of Catalonia - in the winning performance of the Catalan Dragons.

It resulted in a formal invitation from Barcelona FC to play at the Camp Nou and the Dragons moving their ‘home’ game 120 miles from their base in Perpignan to the city of Barcelona. The landmark Betfred Super League fixture will be a first rugby league game played at the home of the five-time UEFA Champions League winners, Barcelona, and Wigan Warriors Chairman Ian Lenagan has welcomed the news of his Club’s involvement in what he describes will be “a historic occasion for the sport”.

Lenagan, who will be present at today’s (Friday 30th December) press conference at the Camp Nou alongside Catalans Dragons Chairman Bernard Gausch and FC Barcelona’s President Josep Maria Bartomeu, said of the decision to play in Barcelona: “This is landmark moment in Super League’s history, and we (Wigan Warriors) are extremely proud to play our part in making history. Having European rugby league’s two current title holders face each other in the iconic surroundings of the Camp Nou is a mouth-watering prospect and is one that I truly believe will be an historic occasion for the sport.

“I applaud Bernard Gausch and the Catalans Dragons for their ambition and innovative approach to growing the game and the profile of the BETFRED Super League. In the Dragons, we have an organisation who share Wigan Warriors approach to driving the growth of rugby league on the international stage.

“It’s a fantastic concept that will capture the imagination of sports fans across the continent of Europe, and I believe it will provide a shot in the arm for the new-era of Super League by underlining the competition’s ambition. I’m sure that the Wigan fans, who are famed for their loyal support as shown when a huge army of supporters travelled to Sydney for the World Club Challenge game with Sydney Roosters in 2014 and our recent New South Wales Tour in 2018, will travel in large numbers for this game. We’re extremely excited and delighted with today’s news.”

“This game and Wigan’s World Club Challenge game against Sydney Roosters in February shows the international interest in Rugby League and is a mouth-watering prospect for Wigan fans everywhere.”

Bernard Guasch, Catalans Dragons chairman: “We are extremely proud to officially announce we will organize a Super League fixture at the Camp Nou. It’s an honor to play at the FC Barcelona Stadium and I think we do not realize yet the impact of this event for our club, our competition and our sport. The prospect of playing a game in one of the biggest stadiums in the world is exceptional and I would like to thanks the President Josep Maria Bartomeu for giving us this opportunity. I hope this game is the beginning of a great story between our two clubs. It will be an historic day for the Dragons and, few months after having won the Challenge Cup at Wembley, we’ll play two consecutive games at the Camp Nou and then at Anfield… It’s a great period for our club but also for French Rugby League.”

FC Barcelona President Josep Maria Bartomeu: “Barça are very pleased to host this Super League game between the reigning champions of the two biggest rugby league competitions in Europe. This will be a grand game between two great teams, and I’m sure there will be a party atmosphere at the Camp Nou. I encourage the Dragons supporters to treat our stadium like their home and for Wigan and Barça fans to also share the experience of seeing rugby league played at the Camp Nou. Two seasons ago, our stadium hosted the final of French rugby union’s Top 14 between Toulon and Racing 92 and it was watched by 99,000 people. It was an amazing atmosphere that we hope to see repeated on May 18”. 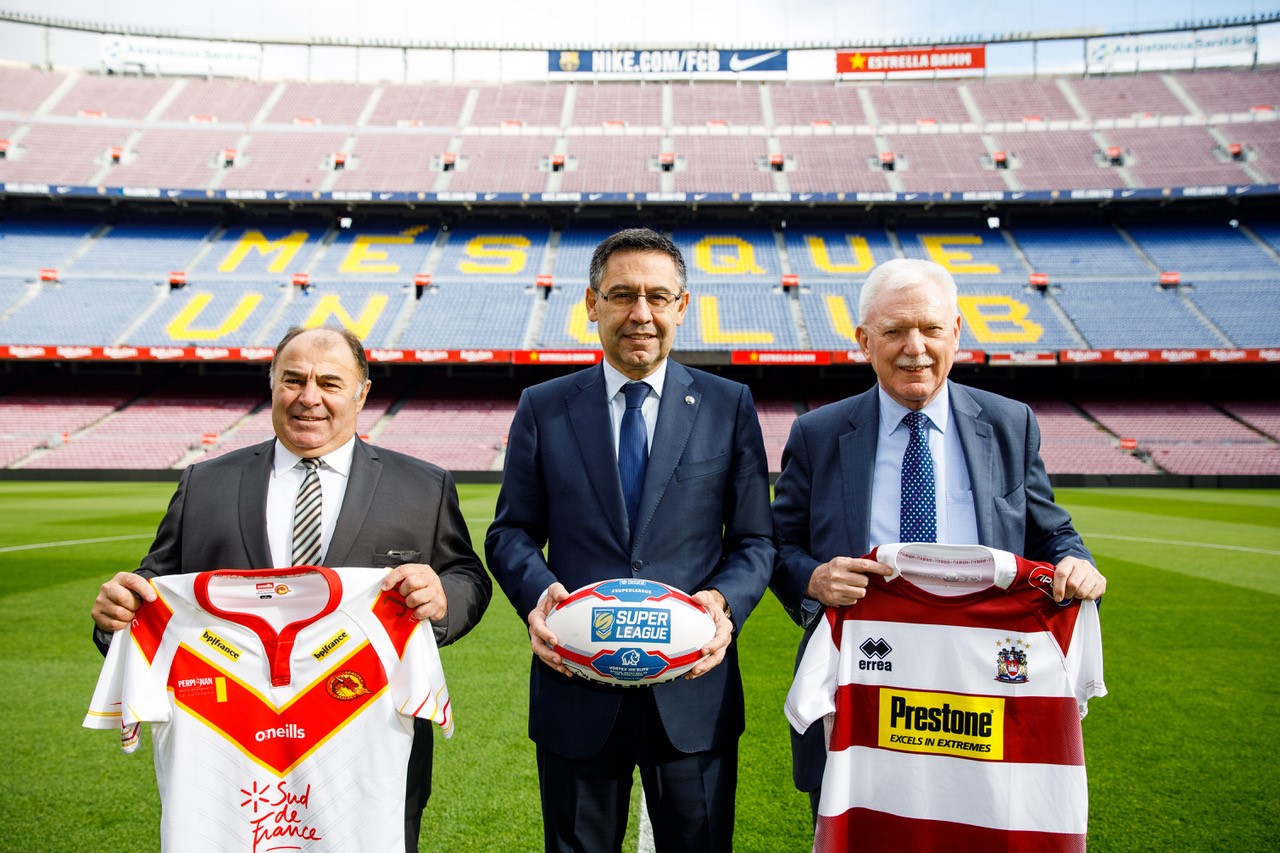