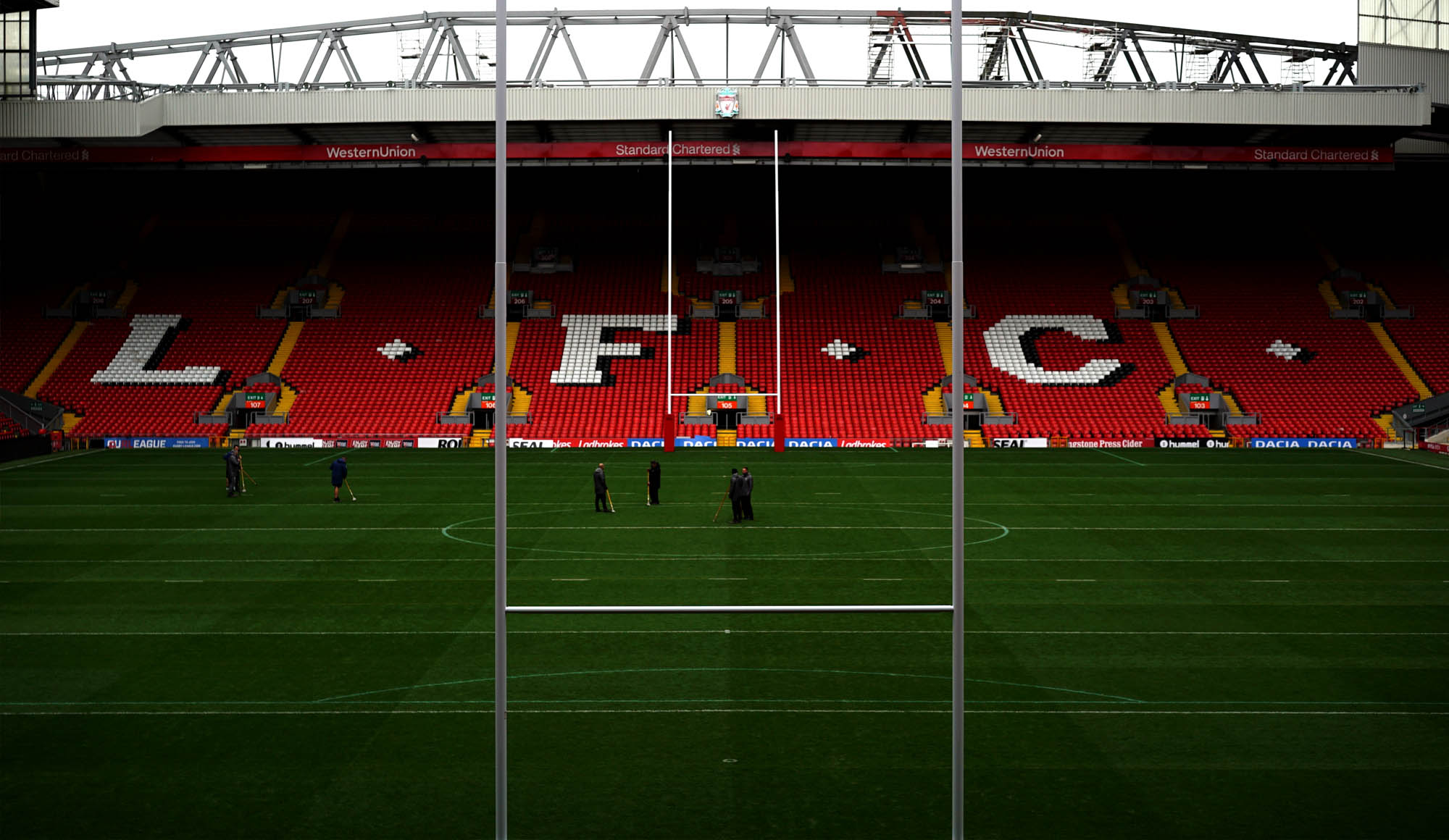 Liverpool FC’s iconic stadium provided the perfect setting for England’s memorable Second Test win against New Zealand last week, and now all 12 Betfred Super League clubs can relish the prospect of playing in front of The Kop after today’s meeting of the Super League board ratified the move.

Super League broke new ground in 2007 when the Magic Weekend was established, with a regular round of fixtures taken to the Millennium Stadium in Cardiff.

Since then it has also been staged at Murrayfield, Manchester City’s Etihad Stadium, and for the last four years St James’s Park in Newcastle – and the concept has now been adopted in the Southern Hemisphere by the National Rugby League, who will stage a full round of matches at Brisbane’s Suncorp Stadium next May.

The 2018 Dacia Magic Weekend attracted an aggregate attendance of more than 64,000, and as ever the players relished the top of the ground conditions with a feast of tries, and an average of more than 50 points scored in each of the six games.

A repeat of the 2018 Betfred Super League Grand Final will see Adrian Lam’s Wigan side travel to the home of Liverpool FC to face fierce rivals Warrington in the closing match on Saturday 25th May (7pm).

2018’s Dacia Magic Weekend meeting between the two sides was one to remember for Wigan fans as the Cherry & Whites ran out 38-10 winners over Warrington in Newcastle.

The Anfield programme has been determined by ranking position from the 2018 season, meaning that the other two teams who earned places in the top four – St Helens and Castleford Tigers – will clash in another mouth-watering fixture to round off the weekend on Sunday May 26 (1800).

Wakefield Trinity and Catalans Dragons will share the honour of playing the first Dacia Magic Weekend fixture at Anfield Stadium at 1400 on the Saturday, and their match will be followed by Hull FC versus Huddersfield Giants at 1630 – before Wigan and Warrington take centre stage.

The Sunday programme begins with Salford Red Devils facing Hull Kingston Rovers (1300), while newly-promoted London Broncos have been handed a tough match against Leeds Rhinos (1530) in their first Magic Weekend appearance since 2014.

All six matches will be shown live on Sky Sports, as part of their extensive, exclusive live coverage of the Betfred Super League.

“Anfield and Liverpool Football Club have embraced our sport - throughout all our discussions on the Magic Weekend, they made it very clear to us that they wanted that relationship to continue. The game should be proud that Anfield has become a rugby league venue.

“I would also like to thank Mayor Joe Anderson for his support for what will be a great weekend for Super League and the City of Liverpool. I had the privilege of working in the city for more than a decade and I know Super League fans will have a great time not only at Anfield but in one of our country’s most vibrant and exciting cities. The place is special – it’s a perfect fit for the celebratory atmosphere of Magic.

“I’d also like to thank the City of Newcastle and Newcastle United for hosting the Magic Weekend so well over the past four seasons. They’ve created so many great memories for Super League and our fans, and have set the bar very high for Liverpool. Newcastle has inked its place into Super League history.”