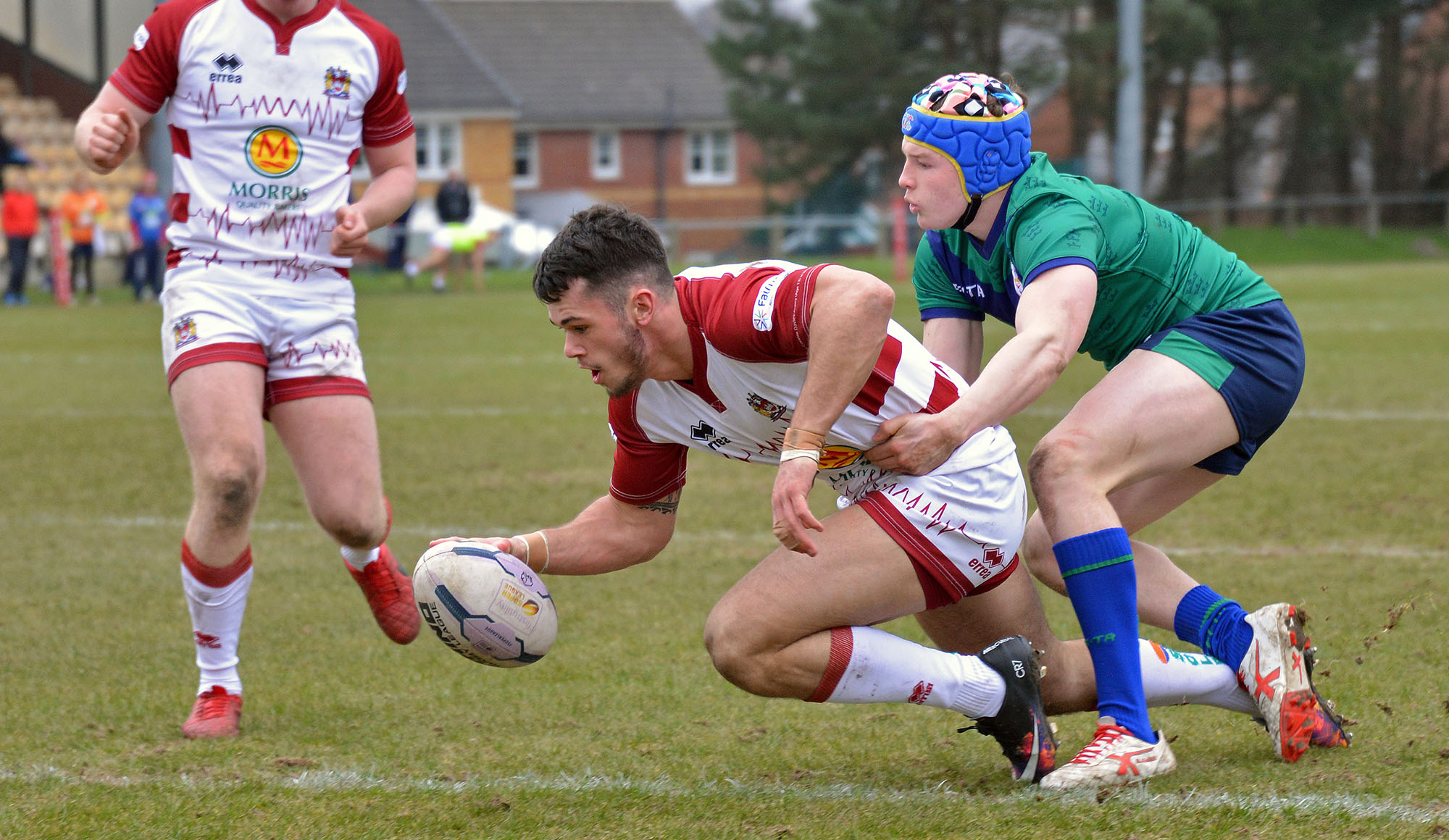 Wigan Warriors forward Macauley Davies has been forced to call an immediate end to his career following the discovery of a pre-existing brain condition.

Scans revealed the 22-year-old has Chiari Malformation, a condition where the lower part of the brain pushes down into the spinal canal, meaning the Wigan St Judes ARLFC junior needs to retire on medical grounds.

Davies was sent to see a specialist as part of the return-to-play head injury protocols after sustaining a concussion whilst playing for Swinton Lions, when the pre-existing condition was discovered.

Wigan Warriors Executive Director, Kris Radlinski said: “We are all desperately sorry for Macauley. He has been a pleasure to work with, deeply committed to represent his hometown team. To have his dreams ruined is heart-breaking for him and his family. We are very lucky to have Steve McCormack as our Welfare Manager and he will become so important in Macauley’s life as we guide and support him on another career path. Life after sport is inevitable for all players but it is sad when something like this happens to a player at the start of his journey. Macauley is a strong individual and I have no doubt that he will go on to be successful in another field”.

On having to retire, Davies said: “The past three weeks have been the toughest three weeks of my life. From getting a serious concussion and having brain scans my whole world has been turned upside down in what feels like just a few minutes.

“To be told you your dreams of playing rugby league since a little boy is over is the hardest thing I have ever had to hear and to have to make a decision if I want to take a risk and carry on with my dream or to finish it is truly heart-breaking. For me the risks are too high and I have no choice - I have to accept that my health and life are more important than continuing to play.

“During this time it has massively affected my family and loved ones both mentally and emotionally, they have supported me through thick and thin and I can’t thank them enough. I know they will still be proud of me and will stand by me through anything. My dream was to play for Wigan, my hometown team that I have supported from a young child, and I can gladly say I’ve done that. I’d like to thank all the coaching staff from scholarship to the academy to first team for giving me the opportunity from the age of 15. I’d also like to say a massive thanks to Workington Town and their staff and supporters for my time there last season, and also to Swinton Lions, for the few games that I played for them this year.

“This is going to take some time if ever to get over and I know it’s going to get tougher but I know deep down, if I can put the effort and commitment that I did into rugby then I can achieve anything I want in life. I now need a new career and something I can also pride myself in.

“I’d like to thank Kris Radlinski, Steve McCormack and Prof Chris Brookes. I can’t thank them enough for their support through this hard time - it has been first class and to know I’ve got their support for life means everything to me. Finally to all of my team mates and Coaches, thanks for everything, you mean the world to me.”

The Club passes on our very best wishes to Macauley from everybody at Wigan Warriors as he heads into his next stage of his career.