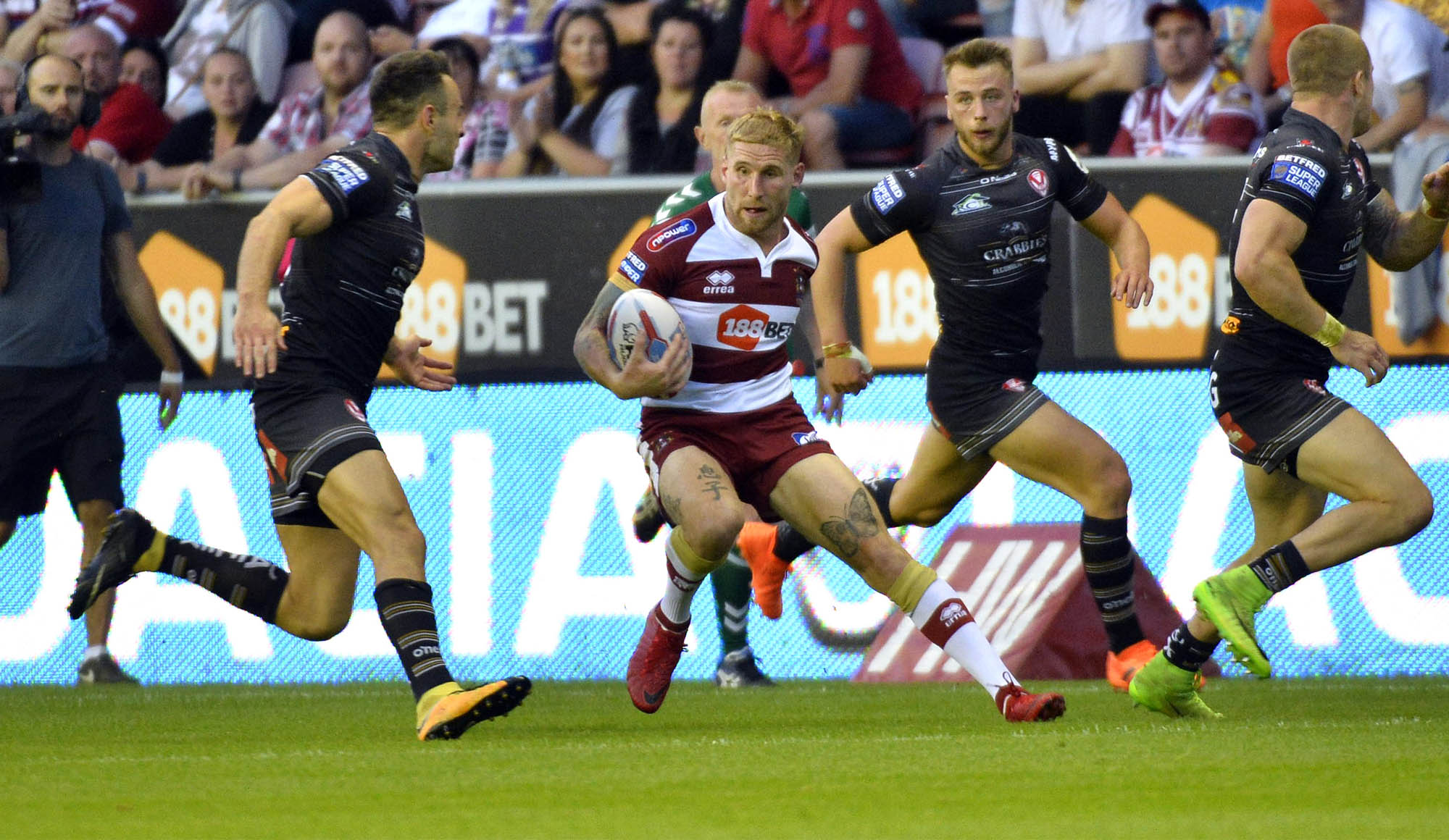 Set to be a great game - Tomkins on Saints

Wigan full back Sam Tomkins says his final derby trip to St Helens is “all set to be a great game” ahead of Friday’s Betfred Super League Super 8s round 3 match.

Despite playing Saints on almost countless occasions, Tomkins made it clear that this is still the biggest game in the league calendar. He said, “anytime we come up against St Helens it’s a huge occasion, one that us players look for first when the fixtures come out.”

“It’s exciting, not sure how many I’ve played over the years but it’s a hell of a lot and I’ve enjoyed every one. It’ll be a very special one this week knowing it’ll be my very last one at Saints and there’s nowhere better to win than at St Helens.”

The full back also discussed the rivalry and what it means to players who have grown up in the area. He said, It’s always meant a great deal to me. I’ve grown up in Wigan from being 8 years-old and I know the healthy hatred between the two clubs.”

“Although you get two points for a win, it means and awful lot more than that. We want to beat them every single time, doesn’t matter if we play them once or 10 times a season. We will not be worried about league position or that they beat us twice, we will want to go to Langtree Park and put a 10 out of 10 performance on them.”

In a nostalgic mood, discussion turned to the best derby memories the full back has. “Obviously the 2010 Grand Final. Beating them there was very, very special.”

“In terms of the league, probably 2011 when Liam Farrell scored right at the end to win it. That’s probably my favourite one.”

“Last one at Knowsley Road and the first one at Langtree Park, they were ones for the fans. We’ve got bragging rights for ever. They were huge games to be a part of and certainly ones I will look back on when I retire.”

There was also time to discuss the progress of Warriors winger Dom Manfredi who is back in training and is close to a first team return after two years on the side lines with injury.

“When Dom got injured he was first on the list for the England team that year. He was the best winger in the competition by a mile.”

“He’s had a long time out and as tough as an injury as I’ve ever seen.”

“I’ve had injuries being out for six or seven months. We’re wired up to play rugby league and that’s what we want to do, get better and get fitter. So, to have all of that taken away from you for six or seven months is hard mentally. But Dom has had it for two years now. I don’t think I’d have handled it as well as he has.”

*Wigan take on St Helens in the third round of the Betfred Super League Super 8s at the Totally Wicked Stadium on Friday 31st August. Kick off, 7:45pm.