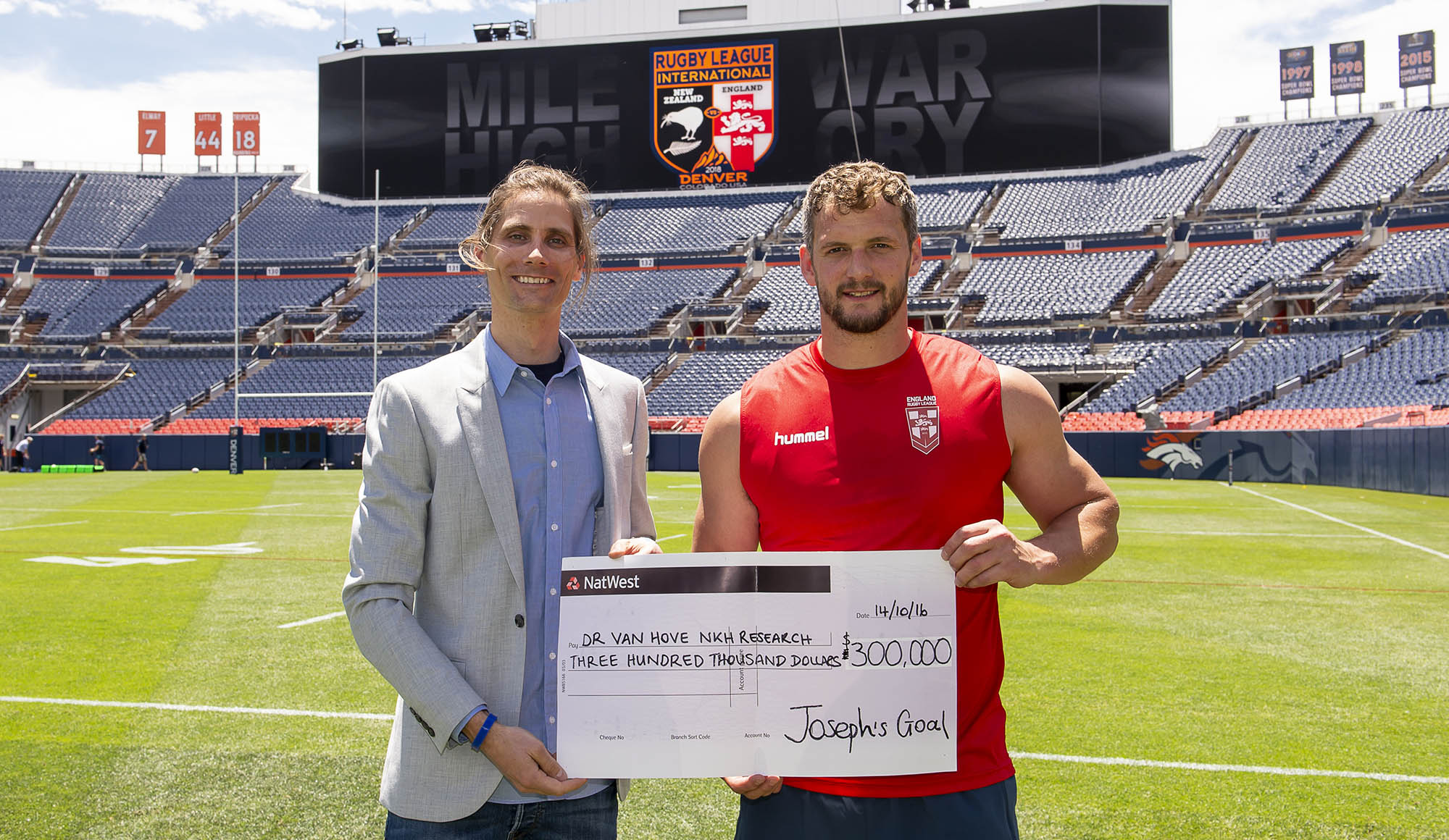 Wigan and England Rugby League captain Sean O’Loughlin may be over 4,500 miles away from home but he took time out of preparations for the mid-season Test match against New Zealand to show his support for a local charity in his home town of Wigan with connections to Denver, Colorado.

O’Loughlin is an ambassador of the Joseph’s Goal charity which was set up by the family of a young boy, who was born in 2009 with a very rare metabolic disorder called Non-Ketotic Hyperglycinemia (NKH). Shortly after Joe was born, it was discovered the condition was so rare that there was only one doctor, Dr Johan van Hove, on the planet who was actively conducting research to find a cure in Denver. Dr Van Hove is based at the Colorado University Anschutz Medical Campus, in the School of Medicine’s Department of Paediatrics.

Joseph’s Goal has made so much progress that they have now been able to fund a second doctor, in London, to accelerate the research into NKH. Joseph’s Goal has now raised over $300,000 towards Dr van Hove’s research and remain committed to supporting the research however resources are now running down and the charity have appealed for supporters to continue to raise funds to keep the research going and find a cure for NKH that will save Joe and children like him from the condition.

The Joseph’s Goal Fund is now available for people to donate to online at giving.cu.edu/josephs-goal.

O’Loughlin met up with Dr Mike Swanson Ph.D from Dr Van Hove’s research team at Broncos Stadium at Mile High prior to Rugby League Test at the stadium. O’Loughlin commented, “I am immensely proud to be an ambassador of Joseph’s Goal and it was great to catch up with Mike whilst I was here in Denver and hear how much progress has been made. I would encourage everyone to support this vital research and help to find a cure.”

Dr Mike Swanson Ph.D. from the University of Colorado added, “We are very grateful for the support that Joseph’s Goal has given the research programme over recent years. Our funds are low at this point in time and every donations goes directly to helping Dr Van Hove and his team.”

Over on Wigan TV, watch Sean O’Loughlin and Dr Mike Swans talking about the meeting. CLICK HERE to view the video.