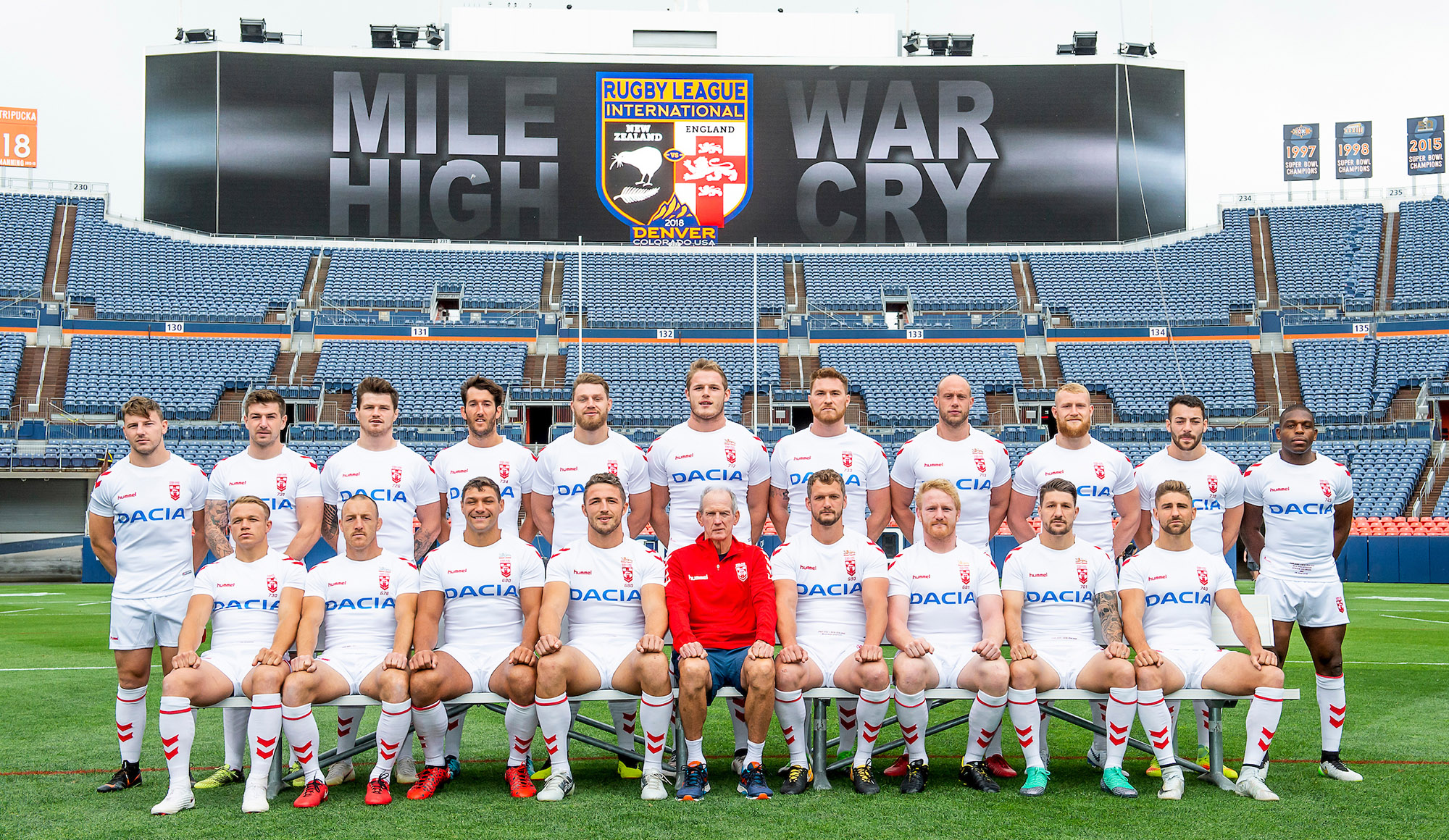 Wigan and England captain, Sean O’Loughlin, says he is excited to help create history ahead of the Denver test between England and New Zealand.

O’Loughlin will lead his country into battle against the Kiwis in the United States alongside John Bateman after the pair were named in the starting XIII for Saturday’s game.

O’Loughlin, 35, said: “It’s something new, something different, and hopefully it ticks all the boxes in terms of appealing to a new audience.

“I’ve never played over here, it’s exciting – individually – to experience it, but also for the sport to be a part of something new and hopefully what it leads to.

“But in terms of the game hopefully (we can) build on the momentum of what we felt we built in the World Cup.

“The mid-season game gives the fans as much as the players a chance to be part of an England game. It’s good for us to come together and play – for fans don’t have to wait a full year to wait and watch the national side.”

This is the first of three mid-season Tests, on successive years, being staged in Colorado and it will mark New Zealand’s first game under Michael Maguire, the ex-Wigan coach.

O’Loughlin added: “Madge probably came to Wigan when we were under-performing, we had good players but hadn’t got over the line, and for the Kiwis to come in after a disappointing World Cup – he will come in with a clean slate and get everyone working.”

Wayne Bennett is pleased to have O’Loughlin back leading the side after he missed the World Cup Final through injury.

“He’s a quality player, a quality bloke and the captain of the team, so it’s great to have him back,” said Bennett.

Saturday’s historic Test in Denver, Colorado comes 110 years since the first meeting between the countries when England won 18-16 at Central Park, Wigan in 1908.

Wayne Bennett named his side on Friday with O’Loughlin starting at loose forward and Bateman at centre.

England v New Zealand will be played at the Sports Authority Field at Mile High, Denver on Saturday June 23 and fans in the UK can watch live from 9pm on BBC Two.

Tickets for this Autumn’s International Series are also on sale at rugby-league.com and are priced from £25 for adults and £12.50 for concessions. ‘Our League’ members will get £5 off all ticket categories when purchased through the Our League App or website.