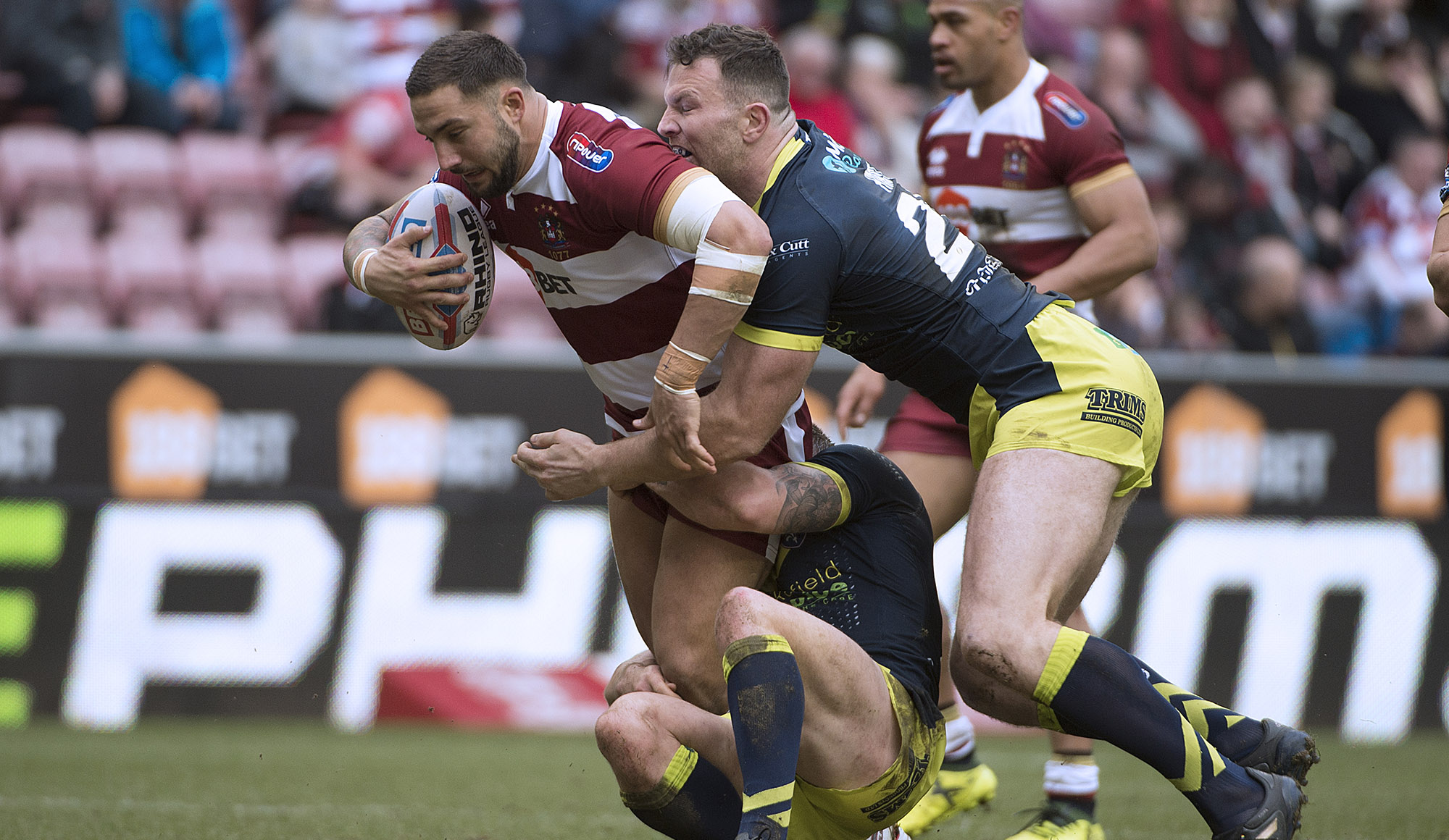 Wigan prop Romain Navarrete said Jamie Ellis’ 79th minute drop goal was the worst way to lose, as the Warriors fell to a 19-18 defeat against Castleford Tigers at the Mend-a-Hose Jungle on Friday night.

Navarrete said: “It was the worst way to lose. I think at the end of first half we had the game in our hands but in the second half we missed a few things and we let them back in the game.

“We’re sad to be going home without the two points.”

Wigan had led 12-4 at the break but trailed midway through the second half before Tom Davies’ try made it 18-18 with 8 minutes to go, moments after Matt Cook was shown a yellow card for a high tackle.

“In the last 10 minutes when they got he sin bin I thought we could win and then Tom scored and we managed to put the pressure on them and we were on their 10 metre line,” Navarrete said.

“We had a few opportunities to get the drop goal but unfortunately we couldn’t get it.”

Due to a few of the first team players missing through injury and international duty, the likes of Josh Woods, Callum Field and Liam Paisley, who made his debut, came into the side and Navarette was impressed with what he saw.

He said: “It was a great opportunity for the young lads and they had more game time which is good.

“Paiso (Liam Paisley) did some good things and he played the full 80 minutes which I think is outstanding. Hopefully for him he can get more game time now!”

Wigan look to bounce back next Thursday as Leeds Rhinos are the visitors to the DW Stadium, the Warriors’ first home game for seven weeks.

“It will be good to get back home in front of the fans,” said Navarrete.

“We need to recover and I know they have a few players out but we need to prepare properly and make sure we get the two points!”