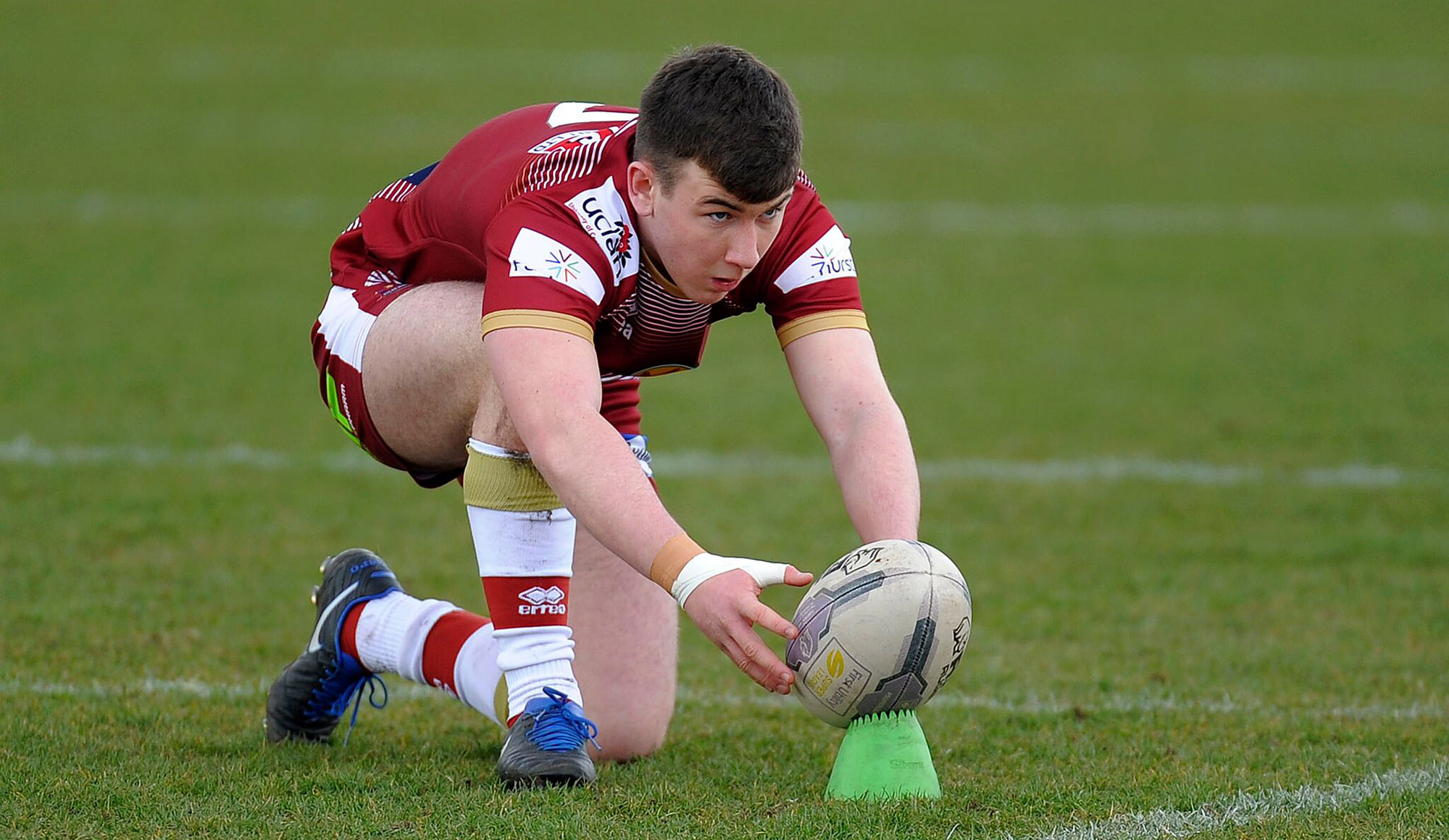 Wigan Warriors U19s were once again comfortable winners as they beat Wakefield Trinity U19s at the Mobile Rocket Stadium, running in 10 tries and scoring more than 50 points for the third game in succession.

Wigan opened the scoring inside seven minutes as Joe Shorrocks crossed over. Halfback James Barren assisted Shorrocks with a short ball on the left side and he was able to muscle his way over the whitewash to put his side ahead.

The Warriors extended their lead in the 14th minute with a Callum Green try – his ninth in 2018. Wigan shifted the ball to the right and it was Harry Smith’s long looping pass that found Green and the centre was able to burst towards the line untouched.

It was 0-16 five minutes later as Sam Halsall eased over. Wigan put a good move together on the half way line and it was Halsall’s pass to Reece Hamlett that allowed him break down the left edge. The winger then cut a short ball pass inside to the supporting Halsall whose pace was too much for the Trinity chasing pack.

Sam Grant got Wigan’s fourth try of the night with a brilliant solo effort. The move started down the right side as Smith gave it to Green who found Grant but the winger had nowhere to go. However, Grant had the smartness to cut back inside and power his way towards the line beating seven Wakefield players in the process.

A minute before the break, the Warriors took their tally to 28 points as Cian Tyrer scored. Green capitalised on a Trinity mistake and used the free play to put a chip over the top on the half way line but the centre was taken down. Referee Joe Stearne played on though, as Tyrer chased the ball down with his blistering pace and collected to go over.

Substitute Ethan Havard got on the scoreboard 13 minutes into the second half to further his side’s advantage. Smith showed the dummy and found Havard and the prop was able to side step his man and cut back inside to charge his way over the line.

Wigan hit 40 three minutes later as Ryan Forshaw finished a great attacking move. Grant took the ball 10 metres from dummy half and cut inside to find Forshaw who went over from close range for his seventh of the season.

Max Roberts went through the Wakefield line to put Wigan further in front on the 65th minute. The try came from Aiden Roden, as he played the ball swiftly to Forshaw whose clever quick-fire pass to Roberts allowed the second rower to go through the gap and over the whitewash.

Wigan hit the half century for the third time in as many games when Hamlett touch down. Barran’s neat chip over the top bounced kindly for Hamlett, as he pounced and shoved off the attempted tackle to run in under the posts.

With just seconds remaining, the Warriors opted for the power play and it payed off as Grant got his second of the night and Wigan’s 10th. Forshaw’s delicate kick to the right edge was chased down by Grant and the winger managed to get the ball down to top off a dominant victory for Darrell Goulding’s side.

The halfback pairing of Harry Smith and James Barren converted eight goals between them; five out of six and three out of four each respectively – adding to Wigan’s total tally of 56 points.