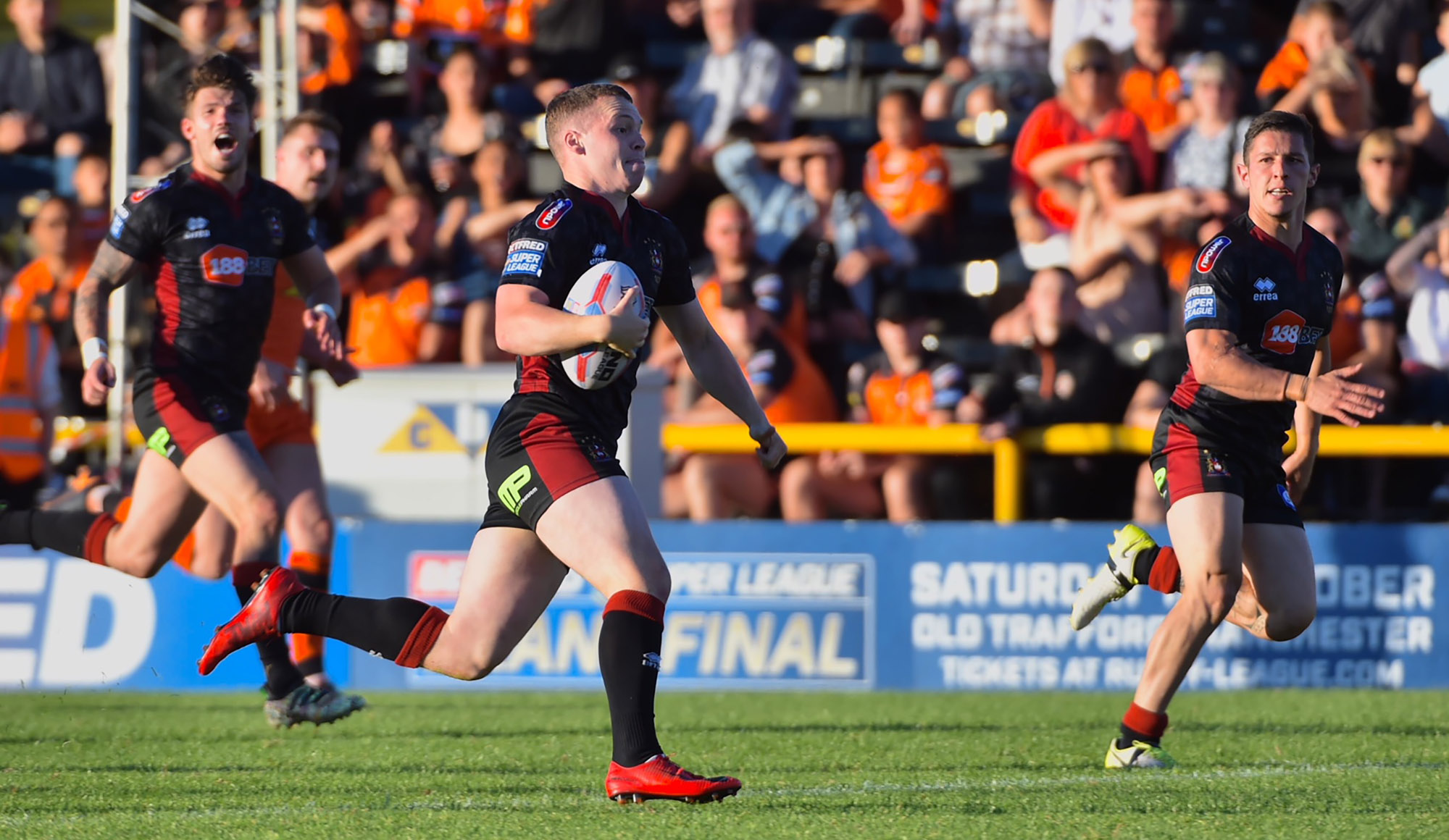 Shaun Wane bemoaned a 15 minute period that ultimately saw his side lose at Castleford. The Warriors went down 19-18 owing to a last minute Jamie Ellis drop-goal.

SW on the game:

“There was a 15 minute spell in the second half where they won every ruck, every set and that took a lot of juice out of us and then our attack wasn’t the same as it was in the first half. I loved the effort from everybody, we had a real good dig but it wasn’t enough.

“It could have gone eitherway and I don’t think anyone would have moaned but they did enough in the end. I just thought we needed to fix that spell and we couldn’t do it quick enough.”

SW on both teams missing players:

“They’re busted, they’ve players out and had a player sin-binned. They’re down on numbers but when you look at the team they put out it’s still a strong team. I’m just really gutted we didn’t get anything out of the game.

“It says a massive amount about youth development (the quality of the game). When you look at Castleford here they’re doing a lot of good stuff, both teams had a lot of good kids out on the field and I think it was a good advert for Reserves rugby.”

SW on losing Dan Sarginson inside the first five minutes due to injury:

“It hurt us having Willie in at centre and Gabe is an out and out front-rower.

“I’m ok. If there’d been a lack of effort I’d have been annoyed but there wasn’t, I’m just gutted we couldn’t get anything from the game.”

SW on debutant Liam Paisley and other standout players:

“I thought Liam carried the ball well, his defence was a bit off but I like him. He’s a good kid. I thought Cal (Field) did well off the bench and Romain (Navarrete) was good too.

“I think Gabe (Hamlin) did a great job today out of position. He’s got good feet close to the line, he’s a good kid. I like him and I’m liking him the more game time he has. We did some good things, just not enough.”

Wane said Dan Sarginson would have a knee injury assessed over the weekend. Liam Farrell is expected to be fit for next week’s game against Leeds.