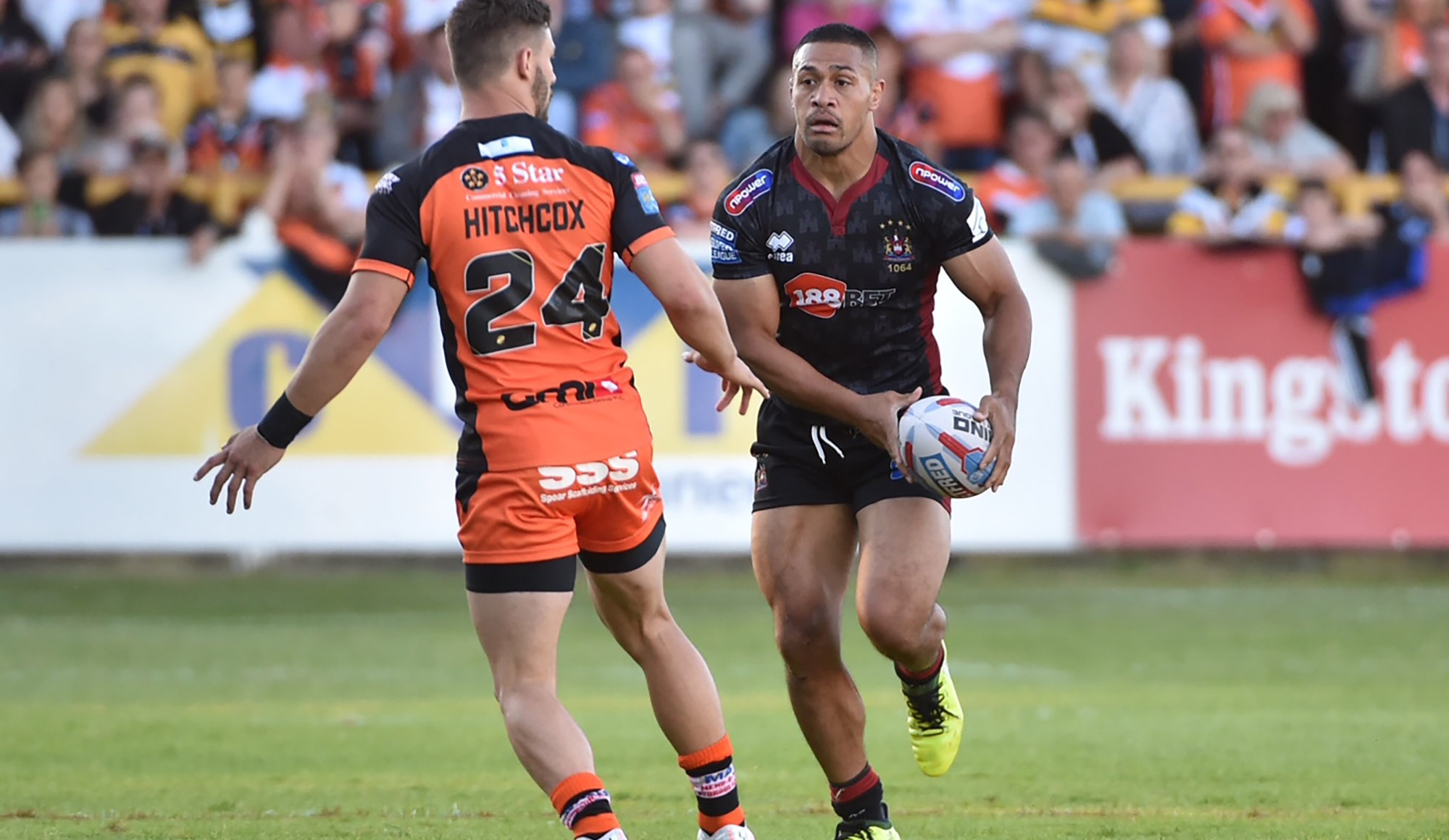 A 79th minute drop-goal from Jamie Ellis saw Castleford take the win at the Mend-a-hose Jungle.

Wigan led 4-0 inside the opening 20 minutes through Sam Tomkins. His opposite number, Quentin Laulu-Togaga’e, soon returned the favour at the other end to make it 4-4. The Warriors weren’t level for long as Liam Marshall raced 60 metres to score, Tomkins converted and added a further penalty goal to see Wigan 12-4 to the good at the break.

Castleford had much of the momentum in the second half and pulled one back through Michael Shenton and then level with a Jamie Ellis penalty goal. Matt Cook then put his side in front before he was sin-binned for a dangerous tackle.

Wigan drew level in the 72nd minute through Tom Davies and both sides had drop-goal opportunities but it was Ellis who nailed it in the final minute to give his side the two Super League points.

Liam Paisley started on debut for the Warriors whilst Josh Wood also came in at stand off. Taulima Tautai returned on the bench with Gabe Hamlin starting at loose forward.

Castleford made a number of changes with James Clare, Jamie Ellis, Will Maher, Gadwin Springer, Mitch Clark, James Green and Tuoyo Egodo all coming in.

Wigan started well and nearly went ahead inside six minutes only for Ben Flower to be held-up over the whitewash.

A penalty to the Warriors for stepping off the mark allowed them to kick to touch and from the resulting set they went over on the right through Sam Tomkins. Tomkins couldn’t convert but Wigan led 4-0 after 16 minutes.

Five minutes later Gabe Hamlin went over for the Warriors but again the try was denied by desperate Castleford defence.

The Tigers hadn’t seen much of the ball but struck back in the 26th minute when full-back Quentin Laulu-Togaga’e weaved over on the left edge from close range. Jamie Ellis couldn’t convert meaning it stayed at 4-4.

Wigan soon restored their advantage as Liam Marshall evaded a tackle on the left wing, came inside and sneaked through a gap to race 60 metres and score.

Just before half-time Shaun Wane’s side were given a penalty for interference at the play-the-ball and with it being so close to the uprights, Sam Tomkins opted for the penalty goal. 12-4 the lead at the break.

Ten minutes into the second half the Tigers roared back into the game as a run-around allowed Michael Shenton to go over. Eliis converted to bring Cas back within two.

Just before the hour-mark, Castleford were awarded a penalty for a high shot and Ellis brought his side level with a penalty goal.

The home side had all of the momentum and took the lead for the first time in 63rd minute when Matt Cook burst through from close range. Ellis again on target, 18-12 the Tigers ahead.

Cook was then in the thick of the action again but this time for the wrong reasons as he was sent to the sin bin for a dangerous tackle on Romain Navarrete.

The Warriors soon took advantage of the extra man as Tomkins put Tom Davies through down the right edge and the Wigan winger finished a great effort. Tomkins added the extras, 18-18 with 8 minutes to go.

Both sides traded drop-goal attempts with limited success but Ellis struck the blow that counted less than a minute from the end to secure the win for his side.