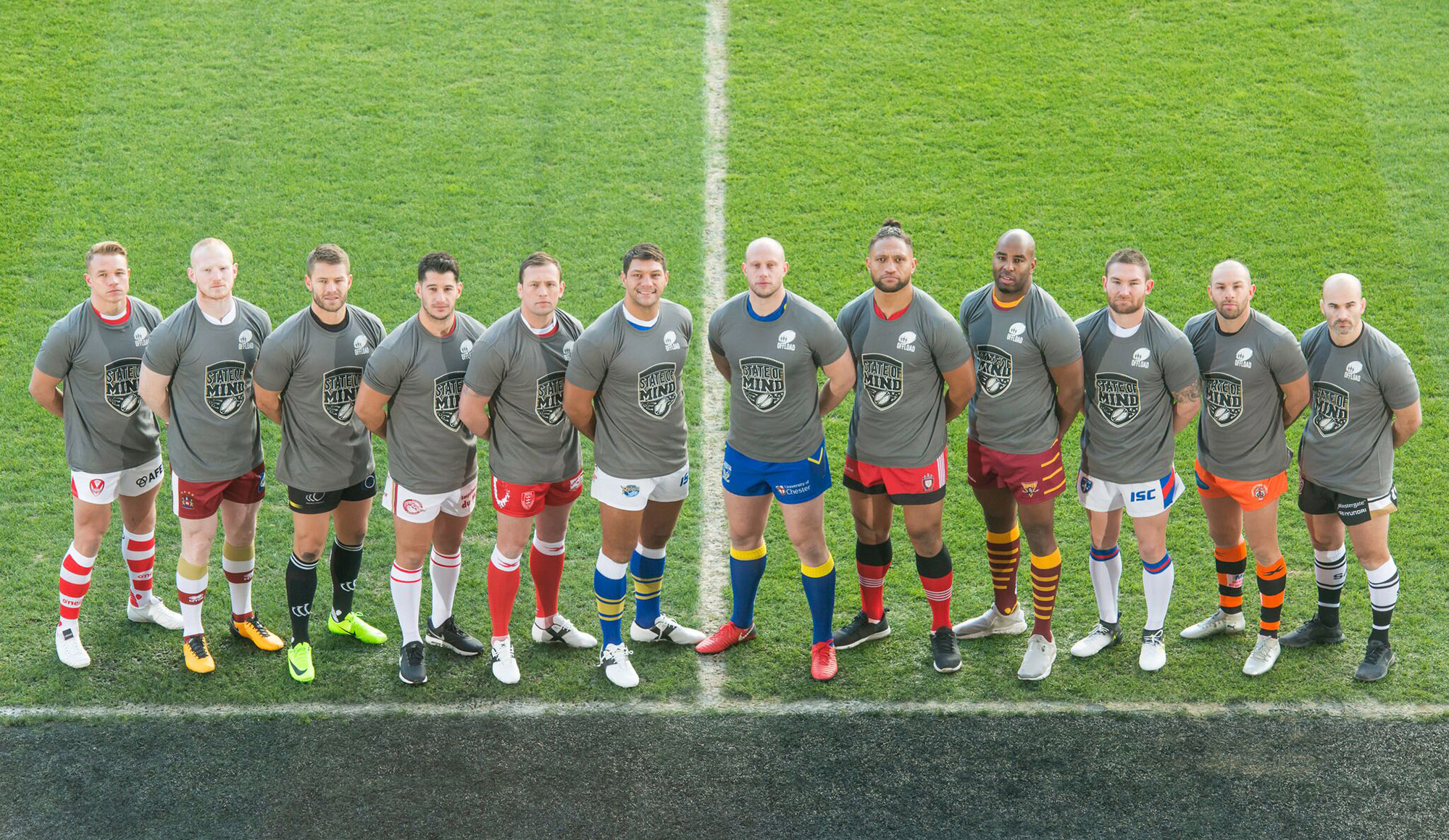 State of Mind will take over the Betfred Super League once again next month for its annual dedicated round of fixtures in Round 18 (June 14-17).

This year’s theme is Offload, which links to the men’s mental fitness and wellbeing project run by Rugby League Cares in partnership with State of Mind and the club foundations at Super League clubs.

Offload helps challenge how the sporting world tackles issues such as depression and anxiety, and consists of a 10 week “season of fixtures” helping men to build their own mental fitness while having fun in a relaxed atmosphere and develop coping strategies to challenge difficult situations and learn how to recognise when people close to them may need their support.

The round kicks off with two of the clubs involved in the delivery of the Offload programme, Salford Red Devils and Widnes Vikings, facing each other in front of the Sky Sports TV cameras at the AJ Bell Stadium on Thursday June 14.

Dr.Phil Cooper MBE, co-founder and trustee of State of Mind, said: “The State of Mind -Offload’ round is coming to Super League for the eighth season and this has allowed many people to improve their mental fitness and has saved numerous lives. We would like to thank our partners The Rugby Football League, Rugby League Cares, Big Lottery and Oddballs and all the Super League Clubs for their support.

“By offloading and telling others about your problem or concern you can relieve the pressure, start solving the problem and build a winning mindset.”

Emma Goldsmith, Offload Programme Manager at Rugby League Cares, said: “‘Many men across the Sport are now starting to talk to their mates and ‘Offload’ their issues when times get tough. State of Mind and the Offload programme are here to help men do that and give them practical support in a fun, friendly environment, when they need to a mate in their corner.”

The other games in the State of Mind Betfred Super League round see Leeds host St Helens and Huddersfield against Catalans on Friday June 15, Hull’s home game with Wigan on Saturday June 16 and Warrington’s trip to Wakefield and Castleford’s game against Hull KR on Sunday June 17.

As always, there will be plenty of State of Mind activity at the games during the round.

The ManVan, a unique travelling interactive exhibition that tackles men’s health issues, will also be present at the games at Salford, Hull and Castleford during the State of Mind round.

Driven in partnership between the Movember Foundation and Rugby League Cares, the ManVan which made its rugby league debut at the Dacia Magic Weekend in Newcastle.

Prior to the round, State of Mind and Offload will take attempt to break a Guinness World Record for largest mental health awareness lesson at the Halliwell Jones Stadium in Warrington on June 6. The current record is 688 people.

For more information on the Offload programme click HERE.