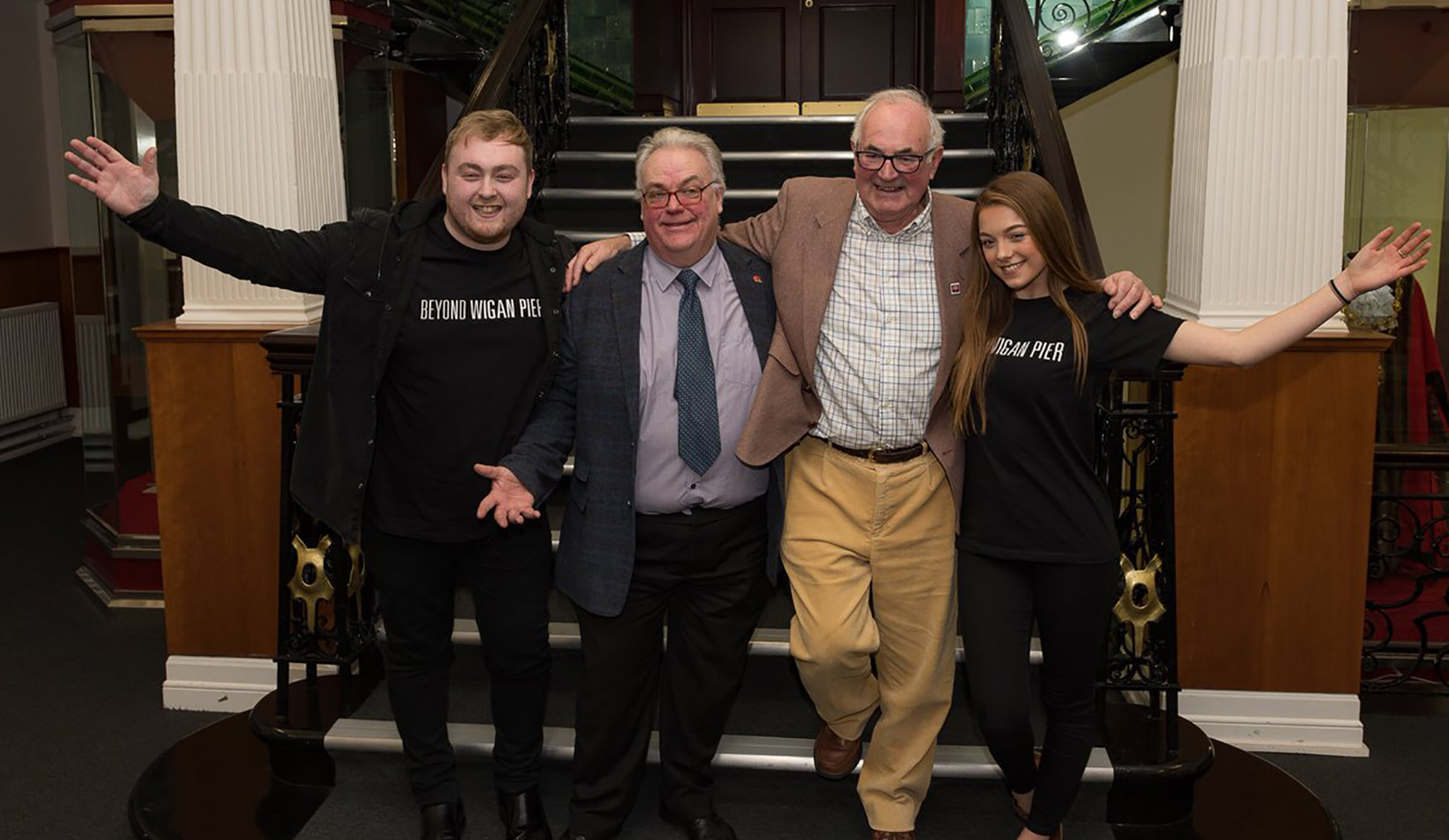 Wigan Warriors are set to link up with the producers of the World’s First Community Musical, ‘Beyond Wigan Pier’ ahead of the Easter clash with Hull KR.

The show is a brand new world first community musical based on and inspired by George Orwell’s iconic book ‘The Road To Wigan Pier’. The project, in conjunction with the renovation of Wigan Pier itself, hopes to promote the community and the heritage of the town, working together to place Wigan on the Map, as one of the top places to go for leisure and entertainment in the country.

Stars Olivia Garcia and Scott Chapman and their supporting cast are set to perform a special rendition of the original single “You Look At Me” from the show itself as part of Easter Monday’s family fixture, which has received high acclaim from British Lyricist and Composer Sir Tim Rice.

“We want to help attract attention and investment to our wonderful town in a completely new and unique way: ultimately the Beyond Wigan Pier team aim to help create opportunities for the young people of the town and build the community spirit and pride in Wigan that makes our borough great.

“With the support of Ian McKellen and Eric Blair’s (Orwell’s real name) adopted son Richard; who has even agreed to perform as narrator, we hope you can join us to show we’ve come a long way since Wigan Pier.”

By supporting the appeal, you will get to see the exclusive concert version of the musical which will debut on 27th April 2018 at The Edge - a brand new 1000 seat venue, a stone’s throw away from Wigan Pier.

Tickets for the premier show will be available, online, from the Edge from Tuesday 2nd April priced at £15.

A limited number of all-inclusive family packages for Wigan v Hull KR on Easter Monday are now on sale via the DW Stadium Ticket Office or via the ticket hotline on 0871 66 33 552 (calls cost 10p per minute from a BT Landline, other operators may vary).