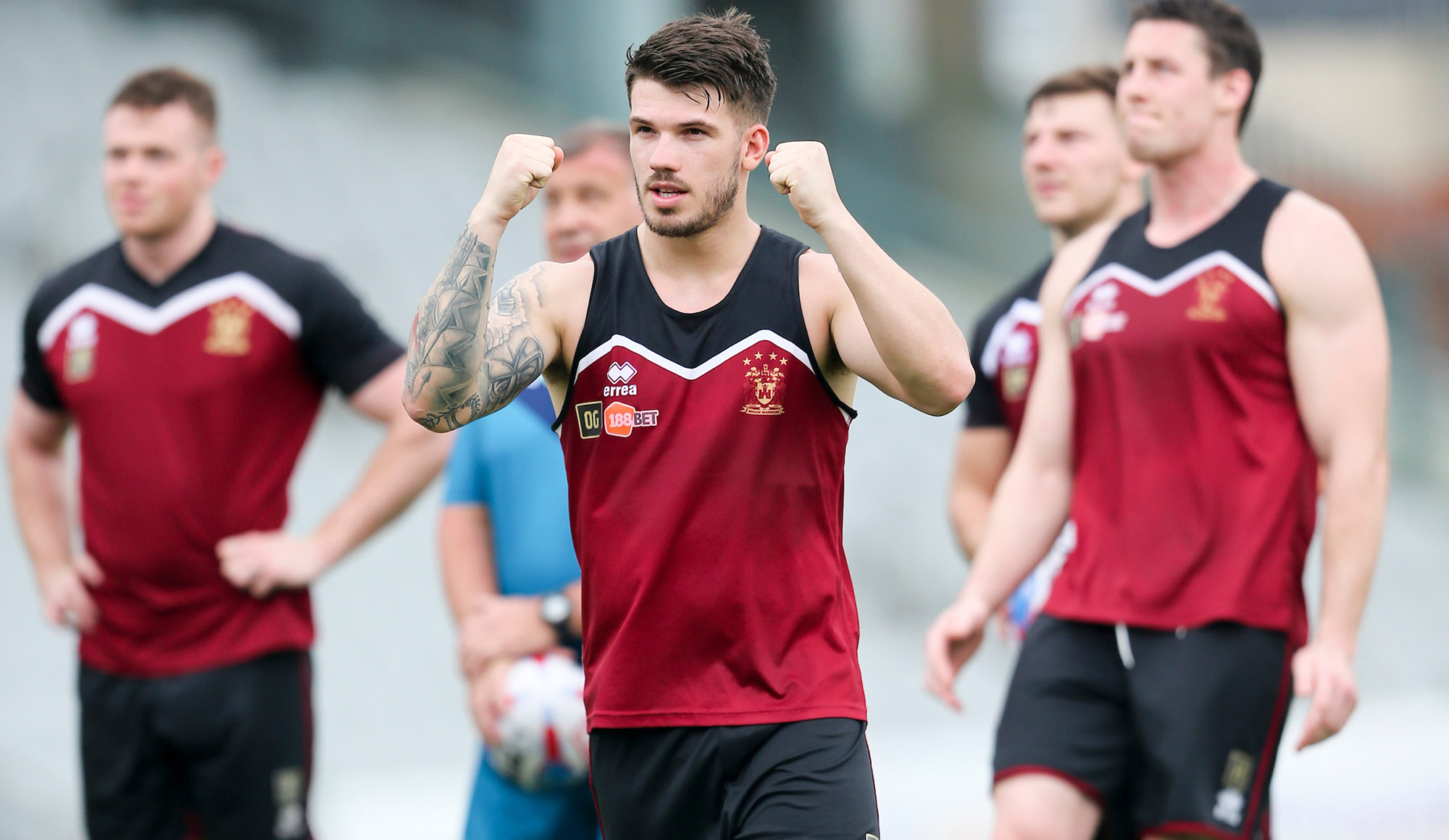 We head to the Totally Wicked Stadium on Good Friday to face St Helens. What can I say? It’s the biggest game of the season and everyone is really looking forward to it.

It’s the best game you can play in! Obviously, being a Wigan lad, the Wigan v Saints Derby is the game that you grow up wanting to play in and I was gutted to miss out last year at the DW as I was injured but hopefully I can make up for that this week.

The 48-12 win was good. It was a solid performance by ourselves. Last season, we weren’t finishing off games like we did against Huddersfield so it was good to score the nine tries and get a comfortable victory.

In previous games this season we haven’t started well and at times we’ve had it all to do in the second half. We put a big emphasis before the match on starting the game well and we did that with Tom’s (Davies) try in the second minute and then we ran away with it a bit in the end. It was also nice to score a try myself, despite it being nothing special.

I wanted to give a mention first to my former teammate Josh Charnley, who came back to Super League last week to join Warrington. I’m made up for him! He wasn’t playing too much at Sale and he’s a great rugby league player and one of my good friends too so it’s good to see him back in the game and I’m sure he’ll kill it - hopefully not against us though when we play them at Magic in May.

Back to this week and it’s first against second and that gives the game an extra buzz to it as well as it being a Derby, as both teams will be doing everything to get the win and the all-important bragging rights.

4,300 of you will be there supporting us and there’s no better feeling than walking out and seeing a full house with all our fans cheering us on. I’m really looking forward to it and hopefully we can get the win for you.

After that we’ve got a tough game against Hull KR who have shown already that they can compete in Super League. We’re focused on getting as many points as possible over this Easter weekend.

See you all on Friday for the big one!