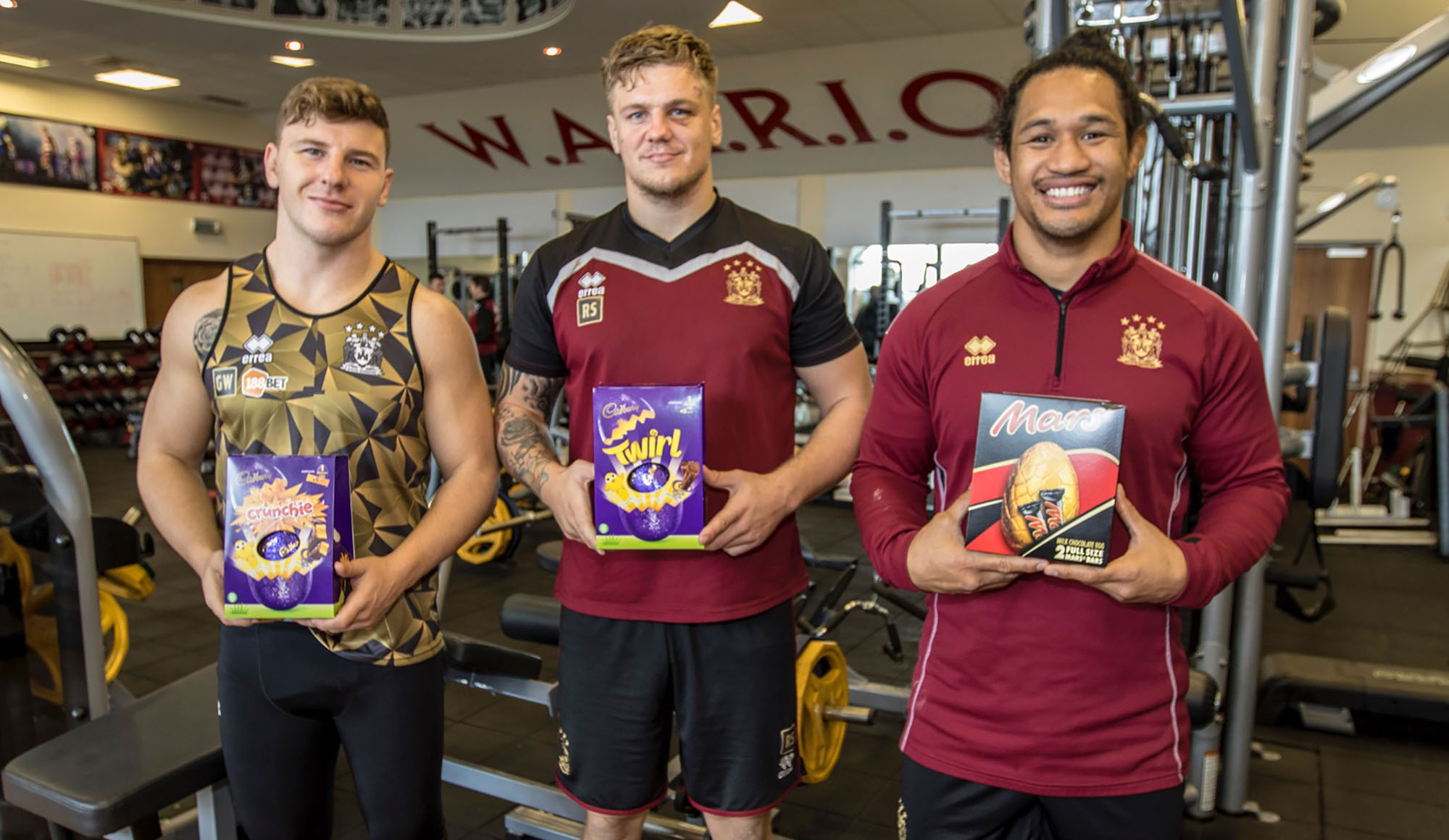 Wigan Warriors and Revolution Wigan have partnered up for an Easter Eggstravagansa in support of children’s hospice Derian House.

Warriors players and staff will be completing an Easter egg drop at Derian House HQ on Easter Saturday.

Revolution Manager, Chris Coutanche, commented: “It’s a wonderful initiative and I’m sure the whole town will get behind the club and donate, Revolution staff will be doing their part. If people bring an Easter egg to Revolution on either Thursday or Friday of this week they can exchange the egg for a complimentary drink.”

Kris Radlinski, said: “Chris is one of the good guys and this is something the whole club is getting behind, it’s a busy weekend for the players but they understand the impact that can be made by volunteering their time to support worthwhile causes like this. I’m sure the Wigan fans will show their support too.”

If you would like to support the Warriors, Revolution and Derian House, Easter eggs can be dropped at Central Park, Montrose Ave, WN5 9XL until Thursday or Revolution Bar Wigan, 49 King Street, Wigan, WN1 1DY until Friday.