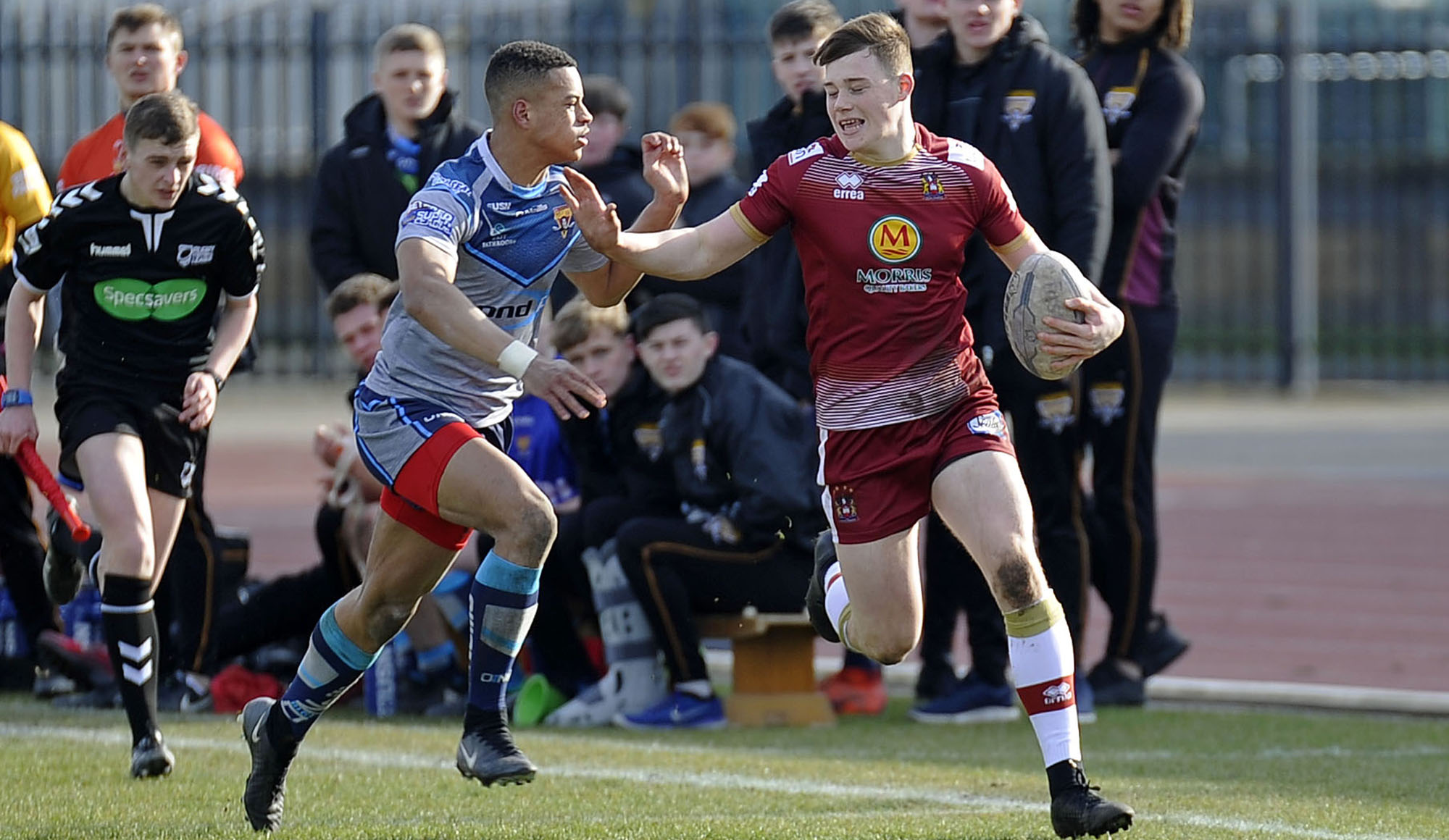 The Warriors Under-19s repeated the First Team’s efforts as they recorded a double over Huddersfield with another convincing win.

Luke Robinson made a plethora of changes from the game against Widnes including four of the back five with only Jack Richardson remaining. Lucas Hallas played at centre with Alfie Copley promoted to the second row from the bench with an all-new bench.

Wigan were first to score after an error from Logan Simpson. The Warriors were gifted an opportunity 10 metres out which was swiftly taken when Smith’s cut-out pass found Barran who used the right foot step to find the line. Smith converted for a 6-0 Wigan lead.

The second score came soon after on the back of a Wigan penalty. Ryan Forshaw’s drive to the line was halted but the stand-off was able to offload to Smith who found Sam Halsall in space to score. Smith missed his second attempt but the lead stood at 10-0.

Huddersfield hit back when Hewitt was able to find the line. A swift passing move culminated in the ball coming to Hewitt on the left edge who stepped inside to deceive the Wigan defence. Oliver Russell converted and reduced the deficit to 10-6.

Following a period of both teams trading set for set Wigan restored their ten-point lead. Another Forshaw run close to the line saw him get over himself when he sold the dummy to open up a gap. Smith converted with the score at 16-6.

Both teams had chances to score in the latter stages of the half with Halsall having a second try disallowed for a forward pass after having one turned down for going in to touch earlier. Huddersfield also went close when Ben Bamber was held up after a close-range drive, 16-6 Wigan ahead at half time.

Wigan opened the second half in similar fashion to the first as they drew first blood. A looping high bomb from Smith was allowed to bounce and it did so into the hands of Forshaw who burst through. Smith converted simply, 22-6.

Smith’s involvement had become a familiar theme when Wigan backed up with another try. His low kick to the in goal was well-weighted and found James McDonnell to get on the end of it. Smith converted another to stretch the lead to 28-6.

The momentum was well and truly with the Warriors at this point when they grabbed their third in quick succession. Another set on Huddersfield’s line ended when Forshaw’s short ball put Max Roberts through a gap before grounding under the posts. It was another easy conversion for Smith with the lead at 34-6.

Huddersfield eventually found their feet in the half. This was typified by Kirby’s try when Greenwood battled with the Wigan defenders, offloading for Kirby to find his way over. Russell converted his second to reduce the deficit to 34-12.

The Giants try only seemed to get a response from Wigan and substitute Waite, who looked lively, found his way over from close range. Smith was again successful and Wigan’s lead stood at 40-12.

Soon after, Wigan extended that lead again. Another Smith kick, this time a chip over the top, found Barran who offloaded before more fast hands saw Hamlett score on the right wing. Smith was unable to convert this one though, 44-12 the game finished.