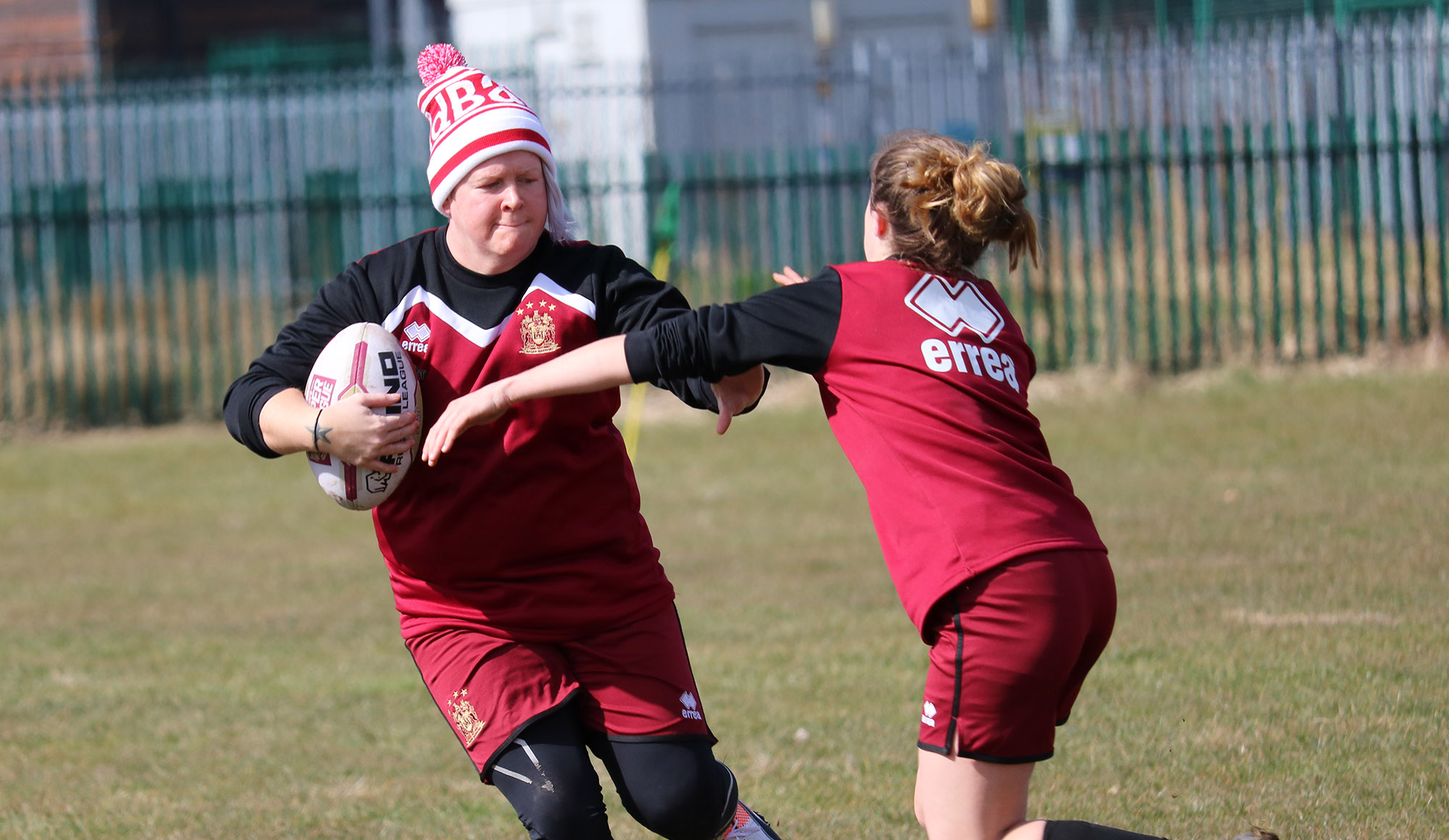 With the Women’s Super League Season only three weeks away this weekend saw Wigan’s first opportunity to play together against opposition as they took part in an opposed training game against Widnes Vikings Ladies on Sunday.

The session took place at Wigan St Cuthberts ARLFC and was a positive performance for the Warriors who had ten different try scorers.

The afternoon was an opportunity for Head Coach, Amanda Wilkinson, to make some decisions ahead of the season.

On the session, she said: “It was great to see all the girls get a run out, there were some fantastic individual performances and some unexpected performances too.

“Today was all about getting the first game as a team under our belts, we have a great group of girls of different abilities and with different knowledge of the game, all I ask for as a coach is 100% effort and they definitely gave that.

“Some of the players were playing their first ever game of Rugby League and some of those even got over the whitewash which is a really promising sign. It was a great achievement not to concede too.”

A positive performance from the Warriors Women this afternoon as they participated in an opposed training session, thanks to @WidnesRL for the game and good luck for the season ahead! pic.twitter.com/2shca6eynB

With the countdown to the season well and truly underway, Wilkinson added: “We have a lot of positives to take from the session, but we have a lot that we can still improve on before we face Featherstone Rovers in a few weeks’ time.”

Georgia Wilson is one of the players who has made the switch from Rugby Union. On her first run out as a Rugby League player, she said: “It was really good to finally play and I enjoyed the game. I’m still learning but the chance to play in games is only going to help in that learning process so it was a great opportunity.”