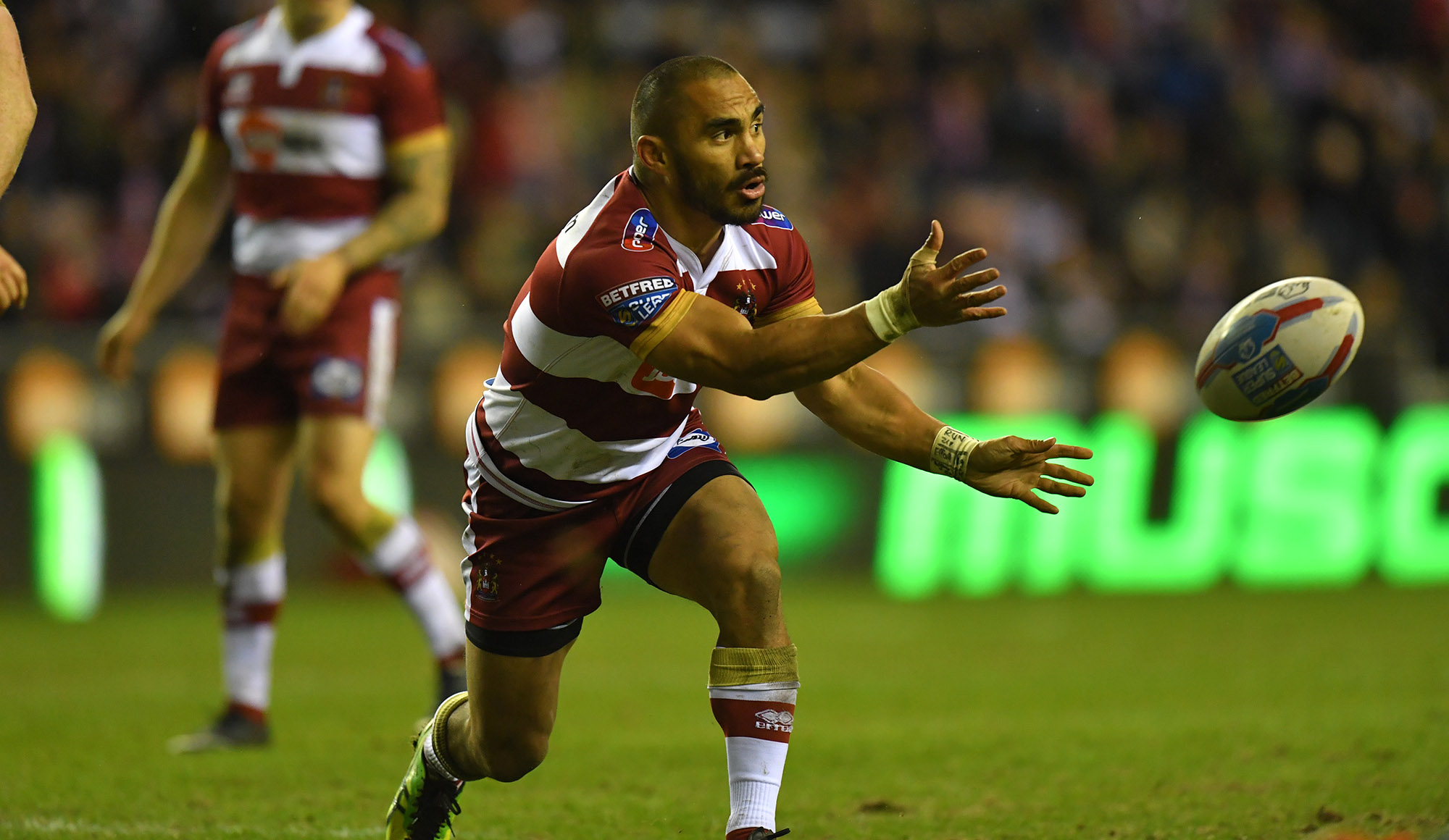 Tommy Leuluai says the Good Friday Derby will be Wigan’s biggest test of the season as they get set to face St Helens.

Tommy, a good win on Friday?

“Yes I’d say it was probably our most complete performance of the season. I thought we were a lot more patient with the ball and that was probably the biggest thing from the game. We didn’t try and force it, we just waited and that’s a lesson we need to learn. Going forwards we need to be more patient, build pressure and the results will come.”

How are you finding this season so far? You’ve got the number 9 on your back and are spending a lot of your time in the Hooker position…

“It’s good. I’m learning and I’m slowly improving. I’m not where I’d like to be at the moment but I’m happy enough with the way I’m going. The team’s winning, we’re going ok and I’m playing my part.”

Do you enjoy the physicality of that position more? You’ve always been known for whacking people!

How do you think it’s going as a team too? Losing Micky as we did was a loss, that saw you move to number 9, Sam Powell to 7 and with Morgan back we’ve plenty of options. We seem to be improving week by week would you say?

“Yeah I think it’s been good. I don’t think many people at the start of the year thought that we’d be in this position at this point. We’re obviously doing something right! It was a big loss losing Micky, I’d love to have him here and playing alongside us. Sam Powell has played half-back before though and I’ve played hooker too so it’s not too much of a change.”

Saints away this week, the big one!

“We’re really looking forward to it. They’re playing really well, it’ll be our biggest test of the year so we’ve got to make sure we perform.”

Do you get excited going to St Helens, heading into the Lions Den if you will…?

“I think they’re great games wherever they’re played to be honest. It’s a very intense game and one we’re really looking forward to. We’re coming into some form so it should be good.”

It’s a Derby plus it’s first against second!

“Yeah I think they’ve been the best team in the competition so far, they’ve played the best Rugby so far but we’re improving. We had a different start to the year with the travel to Australia and all of that but I think we’re back on it now.”