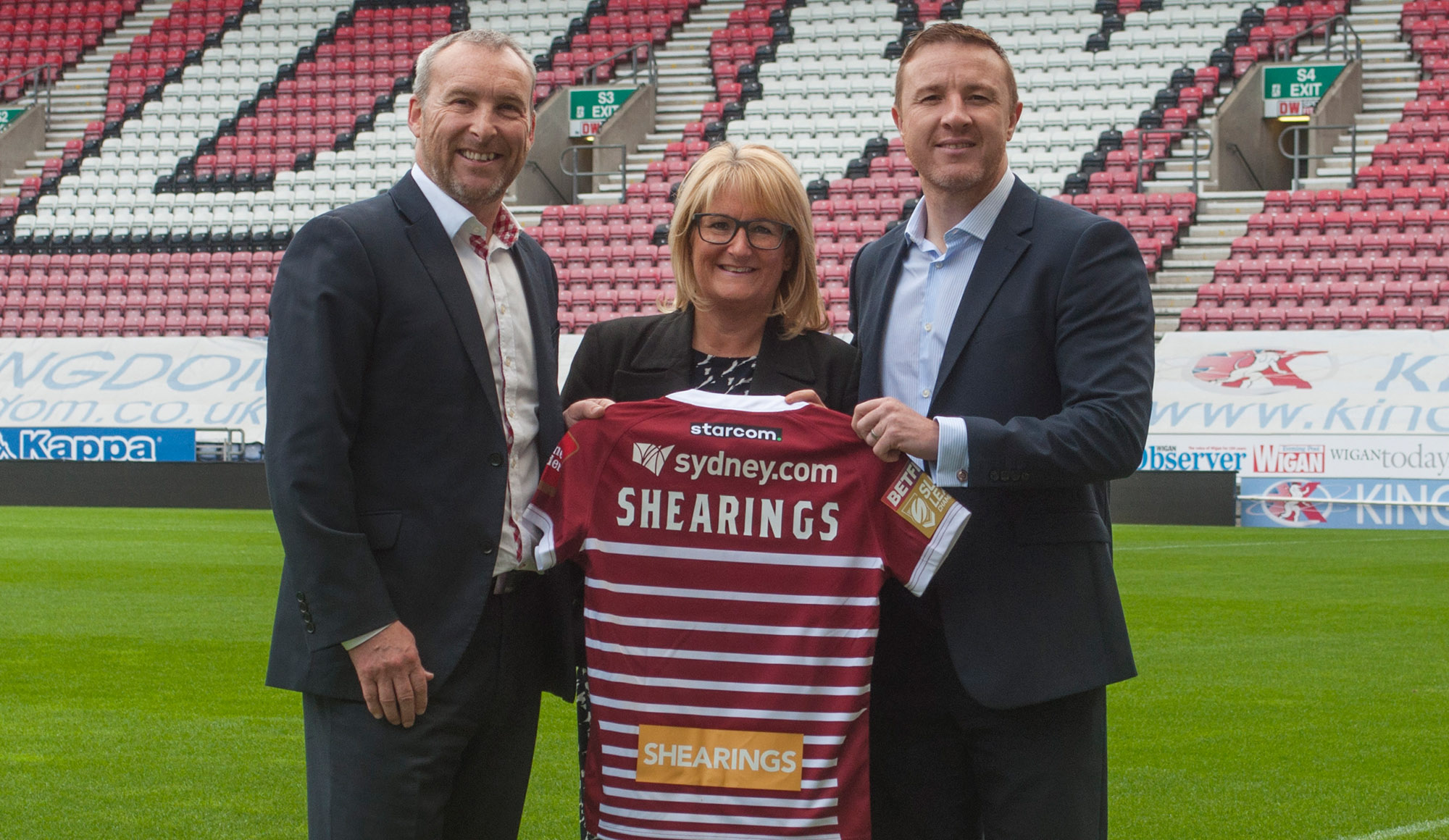 Last week Shearings Leisure Group were announced as official travel partners for the 2018 tour of New South Wales and now the Wigan company come on board as an official main club partner.

Officially the UK’s largest escorted tour operator, Shearings Leisure Group offer a broad range of holidays and hotel breaks to more than 170 destinations across the UK and Europe.

Based just a mile from the DW Stadium on Miry Lane, Shearings Leisure Group will work the Warriors on a range of initiatives that help celebrate the history of the Club whilst also recognising the loyalty and passion of the Wigan fans.

As part of the deal the Shearings logo will appear on the reverse of the Wigan jersey for the 2018 season.

“Everybody knows of Shearings and to partner with a great Wigan company that has such a large and local workforce who all support the Warriors is a great coup for the Club.

“Having met with Richard Calvert, Chief Executive at Shearings, several times it is clear that this is going to be a really positive partnership for everyone involved. He understands the history of our great Club and the role that the Club plays within the local community. We have many ideas that will celebrate our glorious history and look forward to sharing them with the Shearings workforce and our loyal fans very soon.

“Our sponsorship portfolio for the 2018 jerseys is now complete and the Club is in a very strong position going forwards with a good number of strong internationally renowned brands that compliment the Wigan culture and ethos.”

“I’m absolutely delighted for Shearings Holidays to be named as the Official Travel Partner of Wigan Warriors. Shearings Leisure Group is a national company with a team of over 2600 employees located across all of the UK, but is immensely proud of its Wigan roots and to be headquartered in Wigan. We work really hard in the community and pride ourselves on offering great value for money and service to our 1.1m loyal customers. Wigan Warriors is a worldwide brand, an amazing club, which is synonymous with success. They are a partner with whom we share the common values of honesty, pride and ambition. Our exciting partnership will involve many facets, including player, fan and staff based initiatives all across the UK and I can’t wait for it to get underway.”