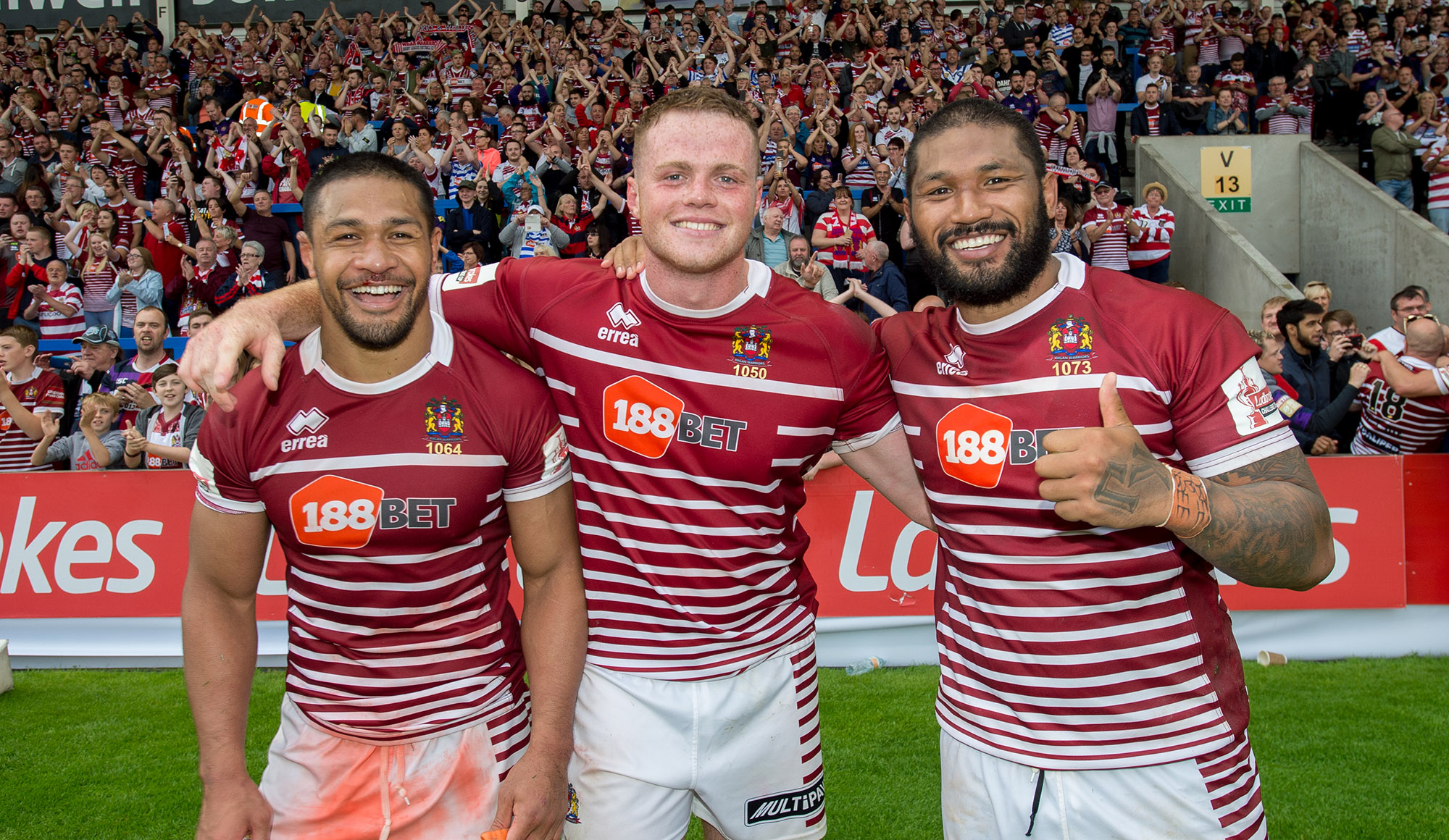 Budgie Flies to the Final

Joe Burgess says it was a tough end to end test as Wigan saw off Salford Red Devils to confirm their spot in the Challenge Cup Final on August 26th.

The Warriors number 5 had a try chalked off in the second half, before turning provider as he put through a kick for Michael McIlorum to collect and score. The winger admitted that it wasn’t easy though.

On the game, he said: “It was tough. It was a real grinder and end to end for the majority of the match. Then the rain started, and the game became even trickier. I think I made a few handling errors, the ball was like a bar of soap!”

Speaking on his assist, he joked: “Everyone is saying I sliced it, but I would say that was a pretty well executed slice, I definitely meant it. I was aiming for George but Micky was there as well and he took it with safe hands.”

Sam Tomkins took Wigan out to a 7-point lead on 65 minutes after a drop goal from close range. On the turning point, Burgess said: “Once we got the drop-goal I felt a lot more confident, I knew that from then it was just a case of seeing it out until the end.”

The win means that Burgess could appear in his first ever Challenge Cup final at Wembley since making his first team debut back in 2013. Despite having won both the Grand Final and World Club Challenge with the club, Burgess says he can’t wait to get to Wembley.

He said: “I went a few years ago to watch the older lads, before I’d broken into the first team. It was a really good weekend and a good atmosphere, and it’ll be even better this time hopefully walking out onto the Wembley pitch. I’m really looking forward to it.”

Tickets for the 2017 Ladbrokes Challenge Cup Final are now on sale to 2017 Season Ticket Holders with general sale starting on Wednesday. For full details click HERE.