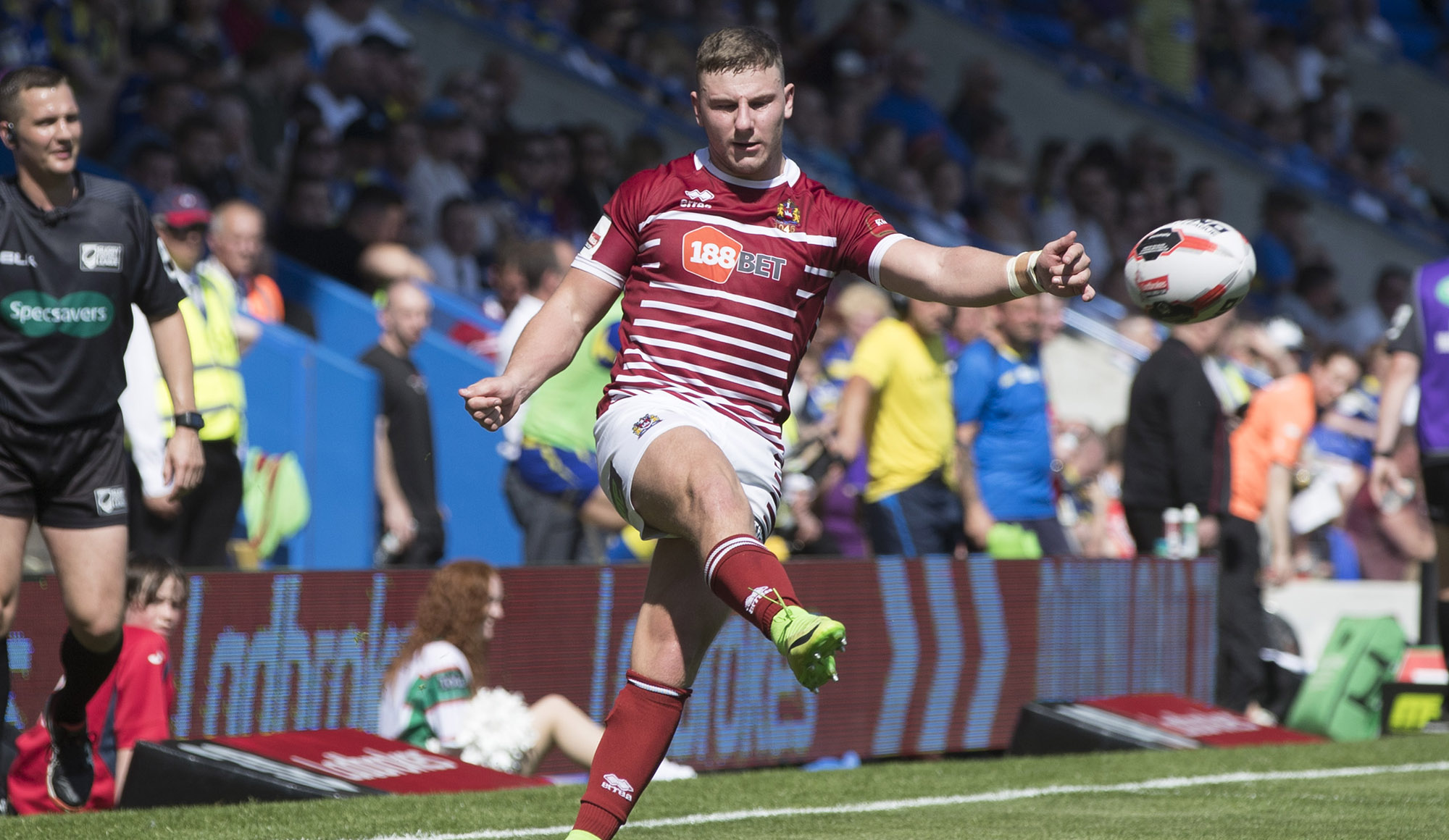 Back to work for Williams

George Williams says confidence is building in the Wigan camp as they get set to return to the DW Stadium this week.

The Warriors host Widnes on Sunday afternoon following a month on the road.

Wigan played out a 19-19 draw with Huddersfield in their latest Super League game following a one-point win in the Challenge Cup over Warrington and Williams says the Cherry and Whites will continue to work hard on the training pitch.

“Our confidence is definitely growing,” he said.

“We weren’t happy with the result against Huddersfield but we have just got to move on mentally and get back into training now. It’s a long turnaround for us and that means we can get plenty of work in before Sunday’s game.

“Widnes have found a bit of form recently and I watched them against Leigh and they looked pretty good so we have got a tough task on our hands but we’re confident in what we can do so it’s just about us turning up and getting back to that.

“Every game we play in now is a must win game and we want the win even more now after the Huddersfield result.”

The 22-year-old has kicked eight out of eight goals in his last two games against Warrington and Huddersfield and is happy that the extra practice looks to be paying off.

“I couldn’t get a goal to save my life before the last few games!” He added. “I practice in training after every session so hopefully I keep improving and they keep going over.

“John Winder (Warriors Assistant Coach) does a lot of work with me on kicking and he told me to stick with process and that I had a good strike. Before I didn’t really know what I was doing wrong if I missed one whereas now I know what I did wrong and can look to fix it next time.”

Wigan host Widnes Vikings at the DW Stadium on Sunday 2 July 2017 with tickets available from the DW Stadium Ticket Office, the Ticket Hotline - 0871 6633 552 and online HERE.