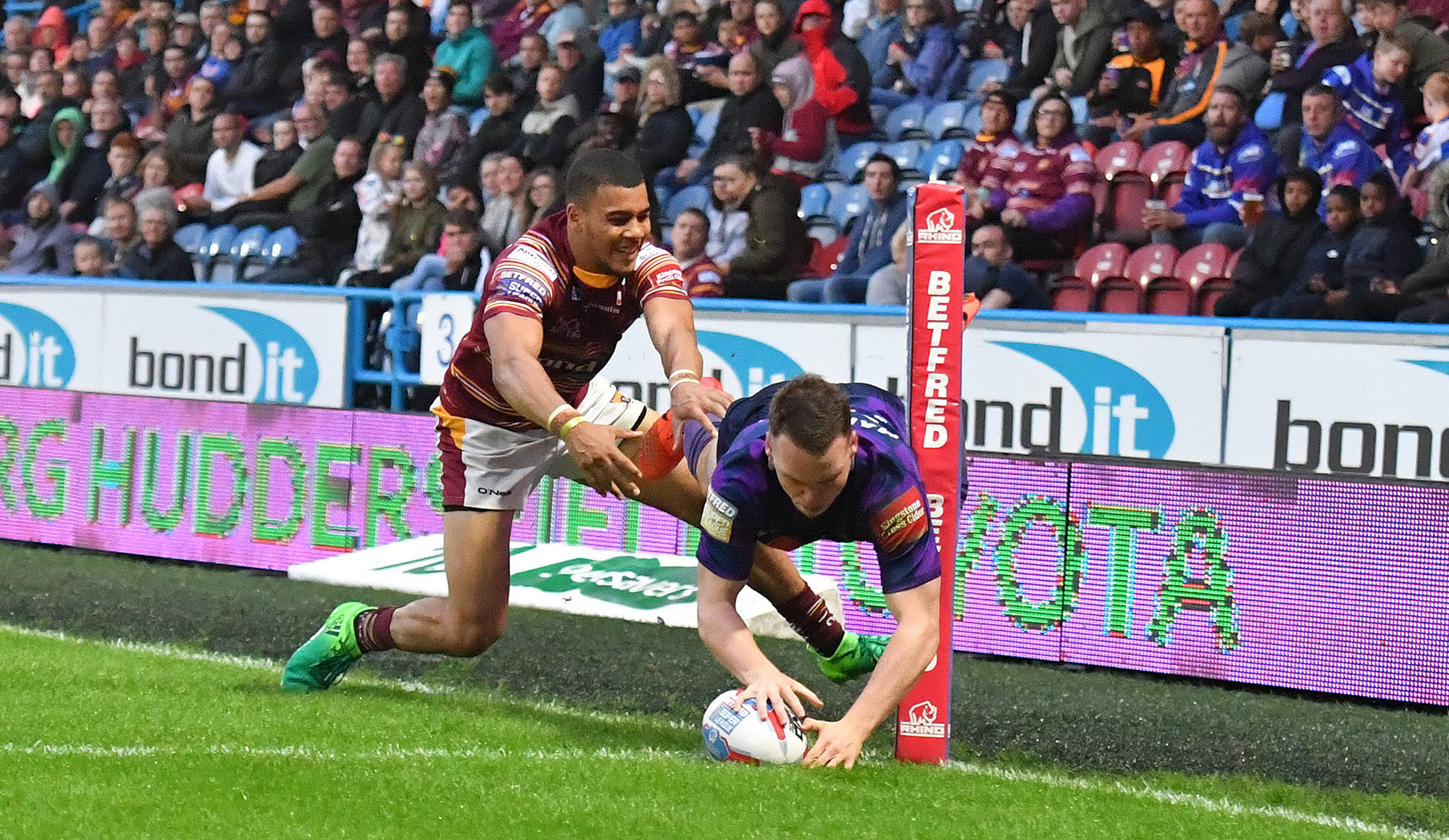 Wigan Warriors played out a dramatic 19-19 draw against Huddersfield Giants on Friday evening, their second draw with the Giants of 2017.

Huddersfield took a 13-0 lead thanks to tries from Leroy Cudjoe and Lee Gaskell as well as a drop-goal from Danny Brough. Wigan then pulled two back in the space of five minutes through John Bateman and Liam Marshall but narrowly trailed 13-12 at the break.

Marshall put the Warriors in front for the first time with a fine try in the corner before his opposite number Jermaine McGillvary replied to put the Giants in front 19-18. A drop-goal from George Williams set the game up for a grandstand finish but neither team could muster that game clinching point in the final 12 minutes meaning the points were shared.

Shaun Wane made two changes to the Wigan side that won at Warrington Wolves last weekend as Tom Davies and Jack Wells replaced the injured Anthony Gelling and Taulima Tautai.

Huddersfield drew first blood nine minutes in as Leroy Cudjoe made a break down the right hand side to barge over the line, half-back Martyn Ridyard added the conversion to put his side 6-0 up.

The Giants had the majority of the ball in the opening 20 minutes and following repeat sets on the Wigan line Brough dropped a goal to make it 7-0.

Tommy Leuluai came close to bringing the Warriors back into it when he showed good footwork to step inside but the New Zealand international lost the ball as he was about to cross the line due to strong Huddersfield defence.

Huddersfield started to apply more pressure to the Warriors line and Wigan were slow to react to a bouncing Danny Brough kick which saw Lee Gaskell touch down. Scotland international Brough added the extras and the Giants were 13-0 to the good.

Shaun Wane’s side clicked into gear towards the end of the half as John Bateman burst onto an inside ball to storm over right in front of the travelling contingent. George Williams’ conversion attempt was successful.

Moments later Liam Marshall latched onto a smart kick into the in-goal area from Sam Powell to pull another one back for Wigan. England star Williams again added the conversion from the touchline and Wigan trailed 13-12 as the teams went into the changing rooms.

Wigan started the second-half well and scored just three minutes after the restart. A tricky run from Sam Tomkins opened up the Huddersfield defence and the full-back threw a cut-out pass to Marshall who finished excellently to grab his 22nd try of the campaign. Williams added the conversion from the touchline to put Wigan in front for the first time at 18-13.

Huddersfield hit back with a try through Jermaine McGillvary midway through the second-40. The ball was spread out the winger, with McGillvary showing good strength to score in the corner. Brough converted to hand Huddersfield a slender 19-18 lead.

The Cherry and Whites motored their way up the field two sets later and Williams added a drop-goal from 30 metres out to level the score at 19-19 with 12 minutes left to play.

A nail biting finish saw both sides miss chances of the drop-goal with Wigan stifling Danny Brough on several occasions. George Williams’ speculative 60-metre effort fell short but the best chance fell to Tommy Leuluai who agonisingly shot wide from 30 metres out in the final minute.