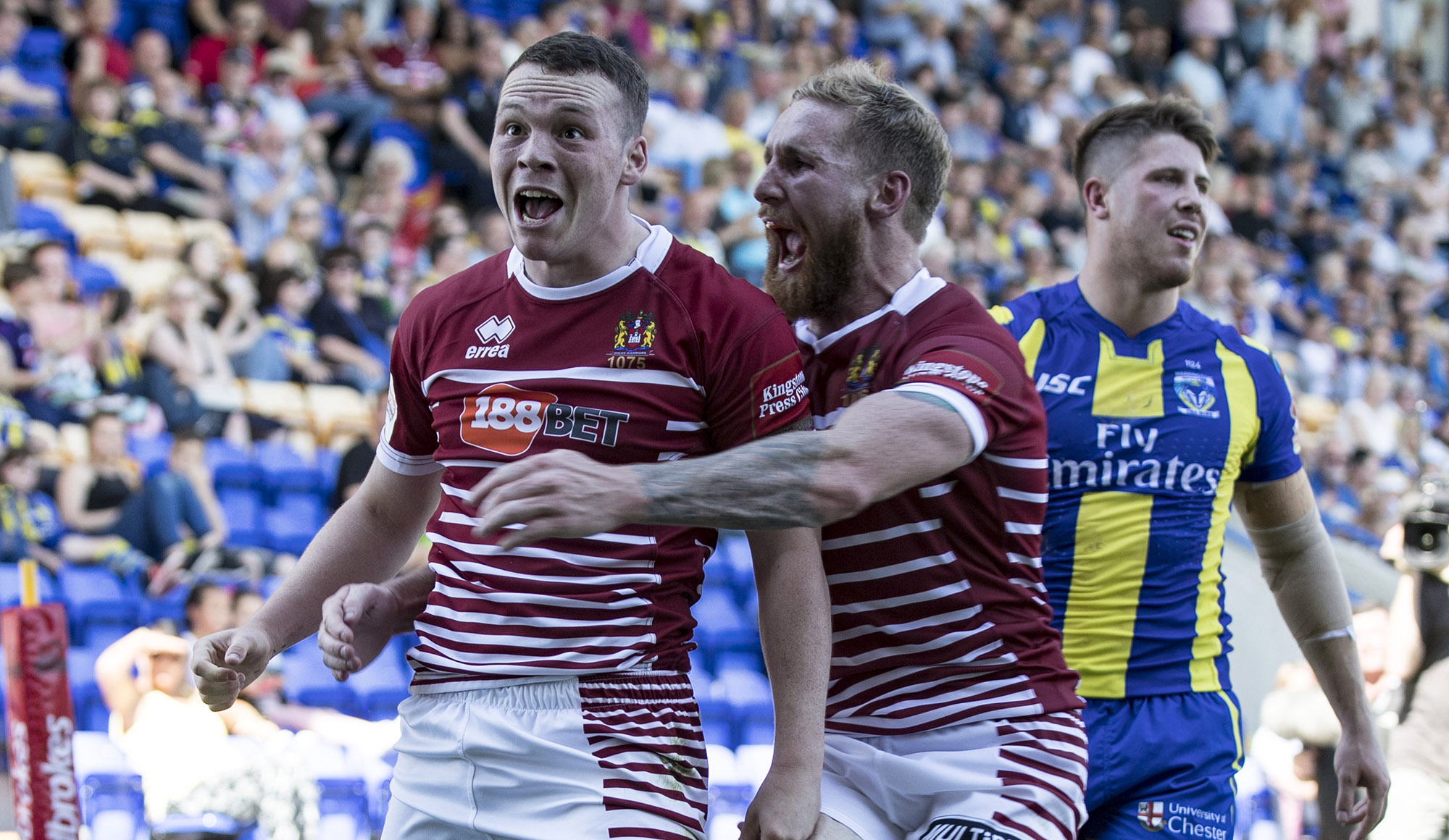 Shaun Wane says Wigan are preparing for five very important games as they get set for the home straight of the regular season.

Having progressed to the Challenge Cup semi finals with victory over Warrington last weekend attention now turns to the league where Wigan find themselves in eighth place ahead of the final five games.

The Warriors face Huddersfield this week ahead of meetings with Widnes (h), Catalans (a), Warrington (h) and Leeds (h).

Rick Stone’s sit level on points with the Warriors but are one place higher in the standings owing to a better points difference.

Speaking ahead of the game, Wane said: “It’s an important part (of the season), there’s five very important games coming up and then we’ve got a semi final and we’re into the Super 8s. We need to make sure we concentrate on these games.

“In the past when the pressure has been on we’ve performed, we’re not in a situation like that yet but it is very important that we get some wins.”

The Warriors travel to face a Huddersfield side who have won four of their last five league games including a 56-12 thumping of Catalans in Perpignan.

“I watched their game against St Helens and I thought they attacked really well, they throw a lot of shape at you.

“They’re playing with a lot more belief, they’ve got some unquestionable talent, some great players and they seem very confident at the moment.

“A lot has been coming off Kruise Leeming, I like him he gets them going forward. They’ve got some good structures in their team and they probably put more plays on than any other team in the competition, they throw a lot at you.

“I think we defended a lot better against Warrington so we just need to focus on that.“

The Warriors Head Coach added: “We’ve trained really well this week and we’re very confident. We know that it’s always a massive challenge at Huddersfield but we’ve had some good results there in the past.“