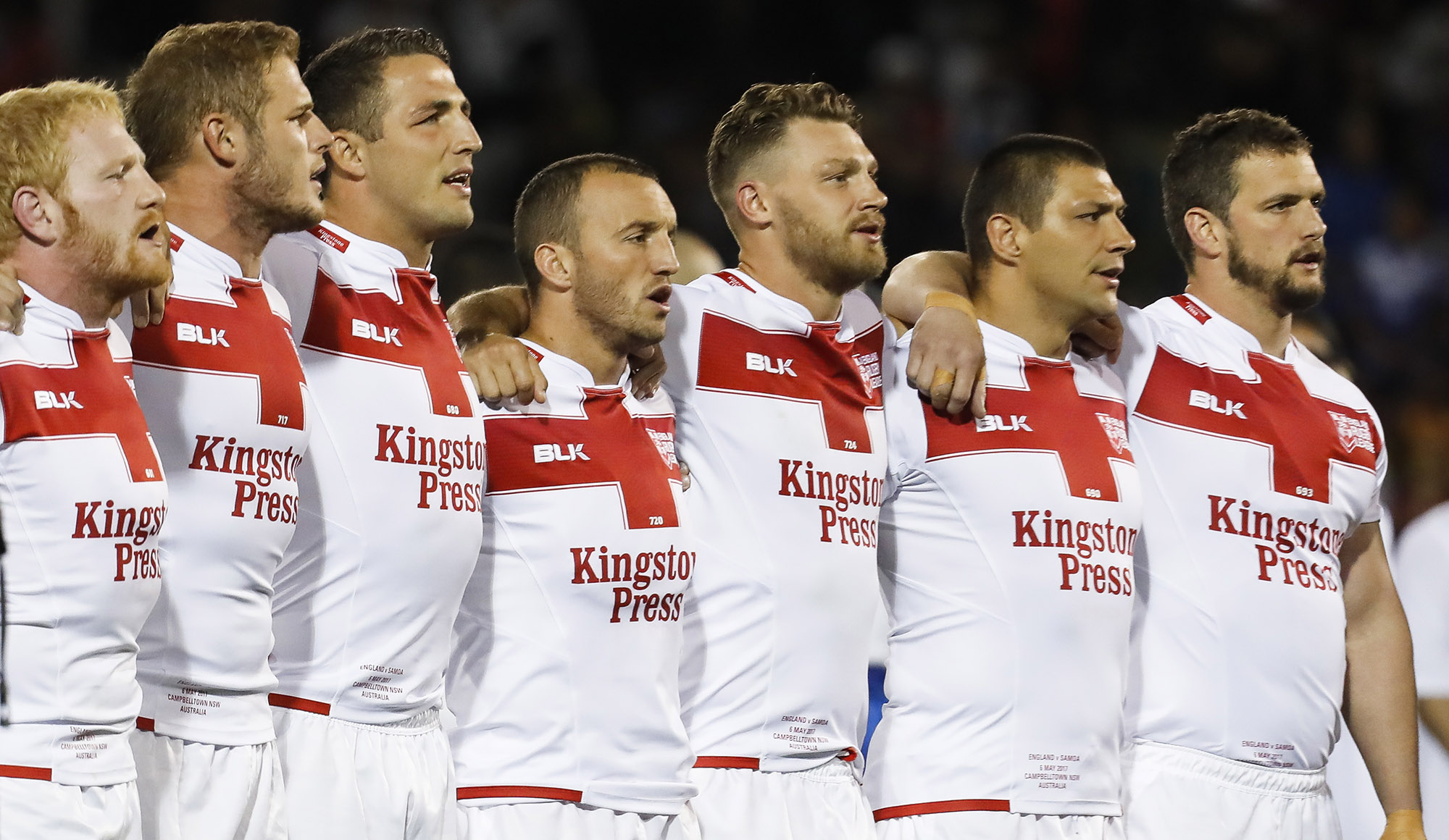 Five Wigan players have maintained their place in the England Elite Performance Squad.

Following a review of both the Samoa Test and the first phase of Elite Performance Squad (EPS) sessions held between February and May, England Head Coach Wayne Bennett and his coaching staff have selected a 27-man squad for the second phase of the season.

A 31-man squad was named at the start of the season with that being cut to 27 for the second phase of the season.

John Bateman, Joe Burgess, Liam Farrell, Sean O’Loughlin and George Williams all retain their places in the squad with Sam Tomkins dropping out. Tomkins continues his recovery from a foot injury and hopes to return in June.

After a successful mid-season trip to Sydney which saw England beat a strong Samoan side in Campbelltown 30 -10 as part of their Rugby League World Cup preparations, three EPS squad meetings will be held between June and September enabling players and staff to reflect on phase one, benefit from guest speakers, strengthen relationships and work closely on the World Cup programme.

A recent inclusion in England’s preparation plans is a warm-up game in Perth – where the squad will be based pre-World Cup - against an Affiliated States side made up of players from Western Australia, Victoria, South Australia and the Northern Territory. The game will be played at nib Stadium on Friday, October 20.

Four new faces have been called up into Bennett’s EPS squad, including Betfred Super League’s leading try-scorer, Castleford Tigers’ winger Greg Eden, his team-mate Paul McShane and St Helens duo Tommy Makinson and Alex Walmsley, who wasn’t selected during phase one but did make the 19-man squad for the mid-season Test.

On the Elite Performance Squad, Bennett, said: “The total number of the squad has been reduced but that’s not to say that the door isn’t open.

“Myself and staff are monitoring and watching players every week – we ask them to do their best for their club, improve as a player and work on the little things that will have a big difference come October.

“The 13 Super League players that travelled over for the Samoa Test have been included again; I want them to share their experiences with other members of the squad. It was an extremely positive and productive camp which resulted in an impressive display.

“I mentioned this straight after the Samoa game, but from the team I left after the Four Nations last year to the squad I’m seeing now, there is a lot of confidence in the group and individuals which is very pleasing ahead of the World Cup.”