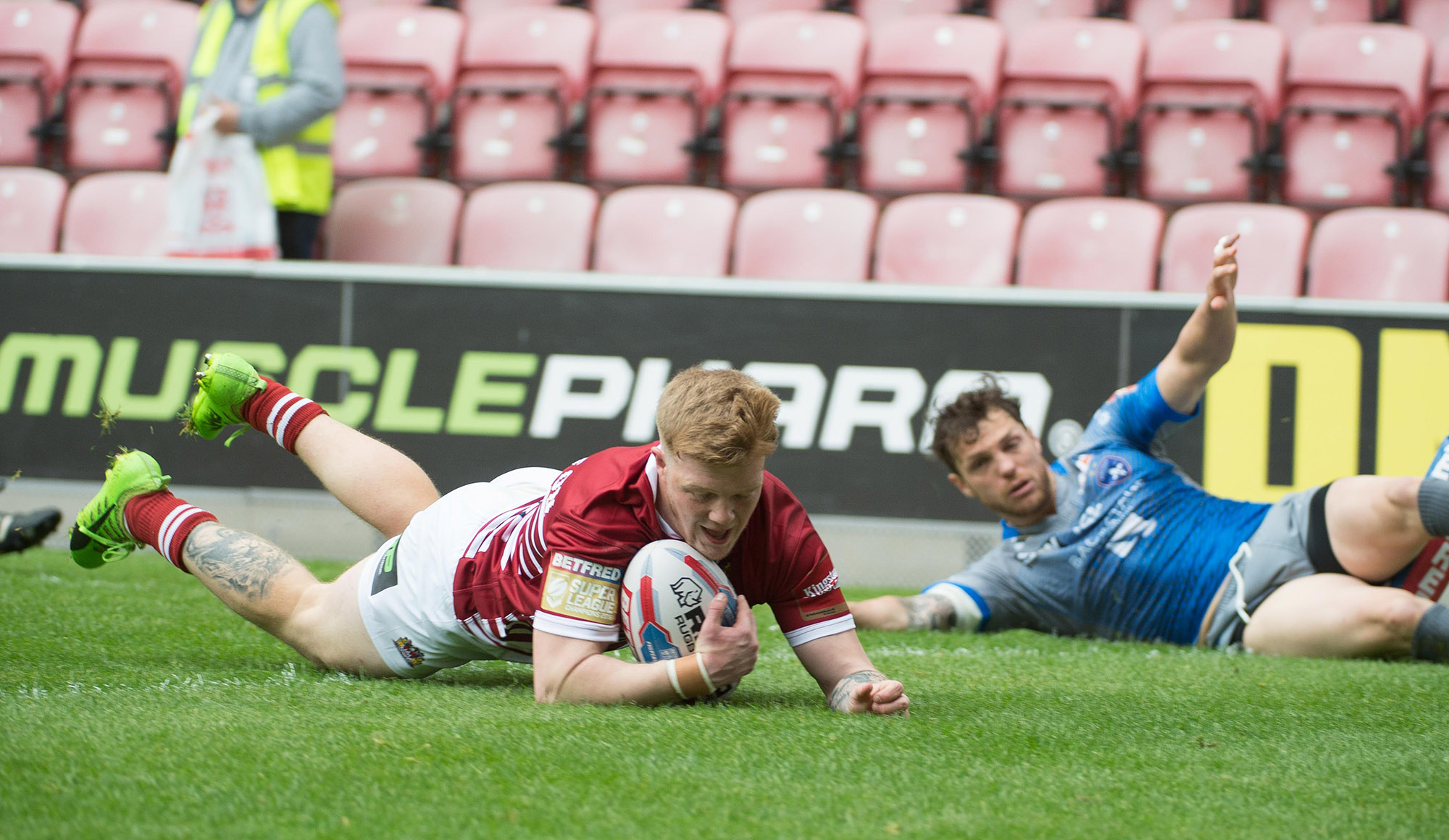 Starlet James Worthington says he fulfilled his childhood dream as he swapped the stands for the pitch and made his First Team debut.

The 18-year-old, in his second of three years with the Under-19s, was a late call-up as Joe Burgess was sidelined with a knee injury.

A Wigan fan growing up, Worthington scored with his first touch of the ball and added a second try later on but the Warriors eventually lost out 42-30 to Wakefield.

“I have always dreamed of playing First Team for Wigan because I have grown up supporting the club!” He said.

“Funnily enough, I was working on Friday at a sports day when I got a phone call off Matty [Peet] and he told me that I could be making my debut on Monday. He told me to keep it quiet and that was a very hard secret to keep but it was a good feeling for me inside.

“It was an honour to make my debut as well in front of the home crowd but it’s a bit gutting not getting the win.”

The England Academy international admitted the support he has received from his family and friends has been overwhelming.

“All of my family are made up for me and because they are Wigan fans,” Worthington added. “They were just as happy as I was when I found out that I was playing.

“I turned my phone on after the game and it didn’t stop buzzing so I will have to have a long look through them.

“It was my first proper training session with the First Team on Sunday so I spoke to Marshy (Liam Marshall), Faz (Liam Farrell) and George (Williams) inside of me and they made it easier for me so I was less nervous.

“I turned 18 last week as well so making my debut wasn’t too bad of a present I suppose.”